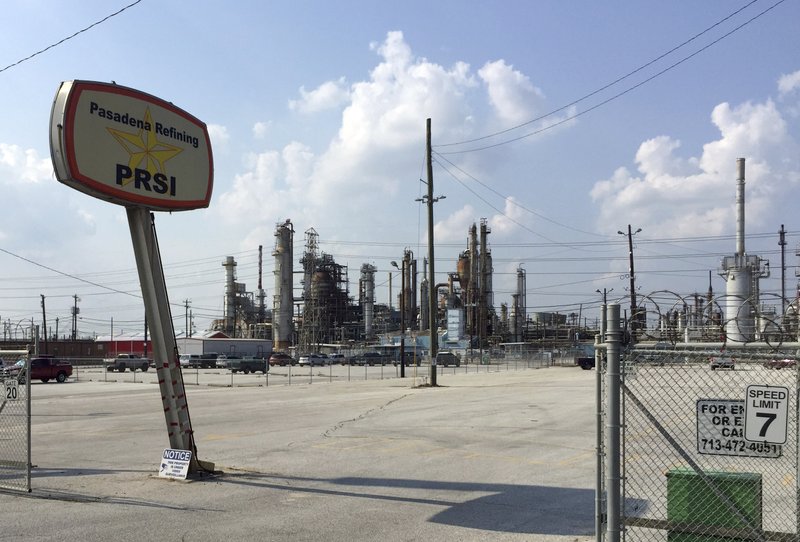 “I started getting really, really bad headaches,” said Sanchez, a 32-year-old housewife. “I never get headaches.”

“My husband’s eyes were burning,” she said. “He actually had a napkin that was wet over his eyes.” The sewage-like stench chased the couple indoors and Sanchez, sick to her stomach, lay down.

People complained of headaches, nausea, itchy skin and throats — classic symptoms of industrial chemical exposure — as plants and refineries raced to burn off compounds that could combust in extreme weather or power loss.

Petrochemical corridor residents say air that is bad enough on normal days got worse as Harvey crashed into the nation’s fourth-largest city and then yielded the highest ozone pollution so far this year anywhere in Texas. The Houston metro area was ranked 12th in the nation for worst ozone pollution by The American Lung Association this year, although its air was better than the Los Angeles and New York regions.

That amounted to 61 percent of this year’s largely unpermitted emissions for the county and five times the amount released in the same period in 2016. Of the known carcinogens released during Harvey, more than 13 tons were benzene. Inhaling it can cause dizziness and even unconsciousness and long-term exposure can trigger leukemia.

Asked about the health effects of the dramatic emissions spike, state environmental commission spokeswoman Andrea Morrow said “all measured concentrations were well below levels of health concern” and “local residents should not be concerned about air quality issues related to the effects of the storm.” The federal Environmental Protection Agency issued a similar statement.

Yet most air monitors were knocked out or offline during Harvey’s wrath, making measurement difficult.

Texas sets fines low for industrial polluters— at $25,000 per day for federal clean air violations. Big plants tend to delay shutdowns for as long as possible when a hurricane is coming — then restart quickly afterward — triggering another spike in unhealthy emissions, said Daniel Cohan, a Rice University environmental scientist.

“These (plants) are three and four decades old, beasts that are meant to operate all the time.”

Asked if emissions could have been reduced by winding down plant operations sooner, American Petroleum Institute spokesman Reid Porter said: “We are still gathering information and making assessments.”

Some emissions were triggered by the sheer volume of Harvey’s deluge.

At an Arkema Inc. plant about 25 miles (40 kilometers) northeast of downtown Houston, organic peroxides rendered unstable by lost refrigeration exploded in flames and cast an acrid plume. At least 18 tons burned after people within a 1.5-mile (2.4-kilometer) radius were evacuated. On Thursday, seven sheriff’s deputies and emergency medical responders sued Arkema in state court for gross negligence, claiming fumes from the incident made them vomit and gasp for air.

Benzene and other toxins spilled into the air outside the Valero Partners refinery on Houston’s east side, as heavy rains damaged a tank’s floating roof and invaded a dike.

A city health department air monitor downwind of the refinery on Friday registered an alarming level of up to 14,000 parts per billion of volatile organic compounds, some carcinogenic, said department chief scientist Loren Raun, and aerial monitoring continued to detect benzene on Monday.

On Sept. 1, Houston registered Texas’ worst ozone pollution this year — an average of 95 parts per billion (ppb) over eight hours. It was Harris County’s first of four straight days of unhealthy ozone levels, exceeding the EPA standard of 70 ppb.

By volume, most of Harris County’s emissions were sulfur dioxide, nitrogen oxides and volatile organic compounds, which break down to fine particles and ozone that all can cause respiratory problems, especially for people with asthma and emphysema, said Miriam Rotkin-Ellman, a health scientist for environmental group Natural Resources Defense Council.

Of the dozen plants in Harris County reporting storm-related emissions, Exxon Mobil, Chevron Phillips and Shell Oil have been fined or ordered to pay settlements totaling $27.8 million since 2010 for violating federal environmental laws after suits by The Sierra Club and Environment Texas. A federal judge ordered Exxon Mobil in May to pay most of it — $19.9 million — for illegal emissions from its Baytown refinery. Exxon Mobil is appealing. The other two companies paid, said Philip Hilder, attorney for the environmental groups.

In heavily Latino lower middle-income communities like Pasadena and Galena Park, which sit along the plant and refinery corridor near Houston’s seaport, some residents complained of feeling sick during Harvey.

Ruben Basurto, who lives two blocks from a petrochemical shipping terminal and refinery, described major flaring as Harvey hit — the burning off of volatile byproducts of petrochemical manufacture that sends flames soaring from plant stacks. The air reeked of natural gas, he said, driving him and his friends inside.

“It still smelled at midweek, more during the night,” said the 33-year-old construction worker.

As the storm closed in, Gov. Greg Abbott decreed the temporary suspension of emissions regulations. The state environmental agency’s director said Texas law could exempt refineries and chemical plants from state fines and liability for extraordinary releases resulting from “an act of God, war, strike, riot, or other catastrophe. ” 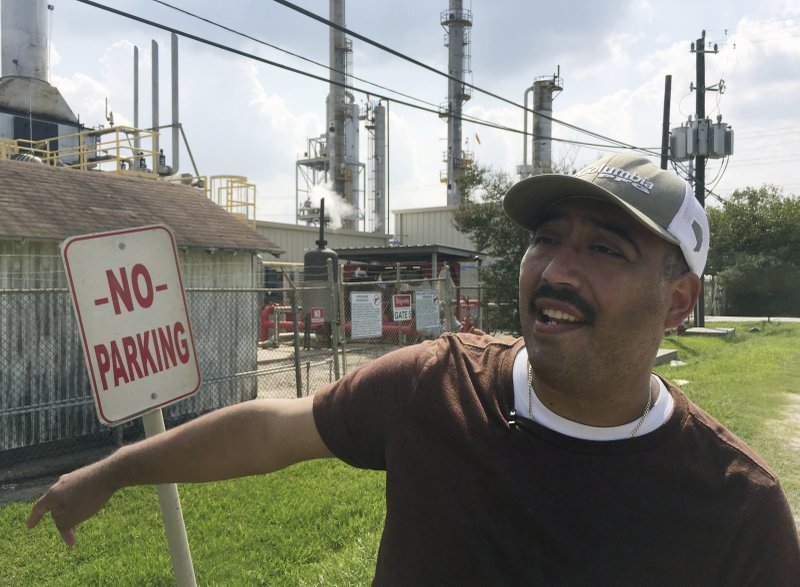 Some in the city of 11,000 with a median household income of $43,000 called 911 but police were too busy to respond, said local environmental activist Juan Flores.

“A lot of people are afraid to talk because their husbands work in the plants,” said Flores.

People in the petrochemical corridor should be provided health screening as a next step in Harvey recovery, said Rotkin-Ellman of the environmental group NRDC.

A Harris County pollution control services toxicologist, Latrice Babin, said she was not aware of any special screening.

Sanchez’s headaches still hadn’t gone away on Wednesday. Nor had the sickening smell, she said.

She wants to see a doctor, but like many in her neighborhood, she said, Sanchez currently has no health insurance.

“I don’t even know where I would start.”