A recurring theme in TV and movies is the concept of portals that send travelers from one dimension or universe to another, explains Henry Makow.

For example, “Stargate” presented this concept as well as aliens and spiritual ascension. 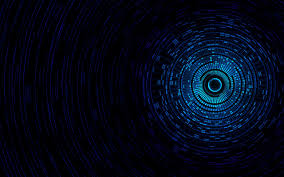 Even the Smurfs wait for a specific celestial alignment in order to open a portal to our world.

A book, Rastros do Oculto, from Brazilian author, Daniel Mastral, helps explain the recurrence of this theme in the media.

Mastral used to be a high ranking Satanist, bred specifically to lead the group in Brazil, but instead he turned to Christ and became an evangelical.

In the book, he states that occultism, magick and Satanism seek the opening of portals and communication with evil fallen angels, or demons.

The accumulated esoteric knowledge of the ages was passed down by demons in the form of rituals, in order to open these portals and alienate people from God, assuring their damnation. Misery likes company.

The author tells us that in Ancient Egypt, Satan promised an alliance to a few. These people, who became the Mystery School members, are known as the Brotherhood of the “Children of the Fire”.

According to Mastral, there are two kinds of portals: portals to the body and portals to Earth.

PORTALS TO THE BODY

Portals to the body allow demons to interact and control humans.

The most basic ritual is channeling, where a medium lets a spirit talk through his mouth, dispensing counseling and commands.

These powers are the classic occult tricks of divination, telepathy (in fact messages delivered by demons), creation of fire, telekinesis, etc. These are not enhancements on the individual, but merely deeds done by spirits to look like the person has “evolved”.

Much of the doctrine of chakras and the awakening of the kundalini spirit (total demonization) is in truth opening of bodily portals to demons.

More advanced followers can leave their bodies and perform astral projection, where they move around in their spirits, while their bodies are resting.

In this condition, they can also visit and interact with demonic spirits.

The whole hierarchy in Satanism depends on power and the level of the demon who is “residing” with the person, his protector.

Usually people with long family ties with the occult have the most powerful demons by their sides. Strong demons can indeed inflict disease and create accidents, and fights among satanists are common.

Fortunately, they can’t harm true Christians, who are protected by the Holy Spirit and angels from God.

Portals to Earth are more complicated. According to Mastral, reality is comprised of nine dimensions which overlap in space but are separated in practice. 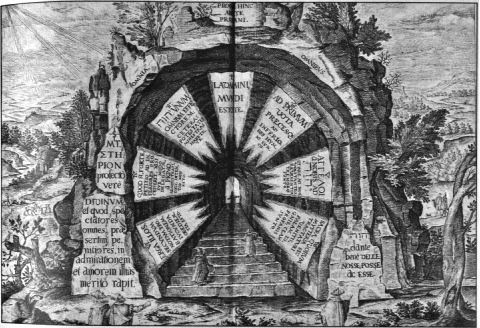 He gives us the metaphor of an elevator. Spirits from more elevated dimensions can go down to lower floors, but no one can go up.

We live in the fourth dimension. Below us there are several powerful demons who have been imprisoned by God as judgement.

Lucifer is the only evil spirit to visit the ninth and highest plane. [Apart from Jesus]

Some portals are temporary and some, the most important ones, are permanent. Temporary portals depend on exact timing and special alignment of the dimensions, and this knowledge is beyond our science or perception.

Tom Horn explains it this way;

Sumerians, Hebrews, Hittites, Babylonians, Assyrians, and others believed that gateways on earth symbolize celestial openings through which dark-influences and light-influences seek entry.

It was therefore important to use imitative magic for protection against undesirable entities at homes and cities. Gateways (stargates) represented on earth in Assyrian archways were, for instance, built using elaborate construction ceremonies and blessed by names of good omens.

The spiral is a type of demonic portal.

If you find graffiti, tags or stickers with spirals, it could be an indication that satanists have placed demons there. Many home decorations, furniture, and other items feature the spiral. Matthew 7:14 Because strait is the gate, and narrow is the way, which leadeth unto life, and few there be that find it.

The circle with a dot in the center is another portal that is frequently used.

Note the overt spiral design on Hillsong’s Conference stage.

Notice Jensen Franklin on stage inside a stargate

An Image from the Dr Who Series

Circles and standing around the edge of circles is common in the occult
That’s why occultists obsess with numerology, gematria and astrology; for these are the tools that allow the calculations to be performed in order to profit from the portals to contact high level spirits.

The opening of a drape or curtain opened – as seen in the Hillsong Conference stage set (above)  just that they have replicated it several times in the stage version. This is a reference to the veil being removed in the temple of God and subsequent communion with Him.

Dark forces and ceremonies have existed alongside white esoteric knowledge, obscuring and confusing their meanings to the public. Secret societies of dark knowledge exist to this day, having passed through centuries largely undetected, yet accumulating power. They use the symbols of knowledge of light but invert them.

Grey esotericism is practiced by those who don’t know what they are doing.

Many modern day secret societies, some established in the public arena, societies with clear financial and other non-spiritual agendas and popular Satanism, are examples of this.

Today dark esoteric knowledge has come to thrive to the virtual exclusion of white knowledge. It’s easier to achieve results in dark knowledge – it brings power, wealth, fame, and pleasure.

Whereas white knowledge is difficult to attain – it requires suffering and sacrifice, often poverty and brings wisdom, peace, love and liberation, qualities that most readily drop in favor of pleasure, power and darkness”. ― Belsebuub Source

The point here is Hillsong have used this contrast once again of Black and White (and Grey) in their Closer conference trailer.

And seen clearly in their 2015 Conference references to spirals

Fallen angels influence men and women to assist in their quest to re-enter our realm, to remain in various forms, and to dominate the affairs of this world.

They have dominated and do so today, to be sure, and an hour is coming where some of their most coveted objectives will be achieved.

The underworld is a reality, though unseen, and the work of the underworld agents in this realm is performed through opened portals of various kinds. One kind involves symbolism, which is a representation or modeling in this dimension of the unseen constructs.

This is not the Devil’s own invention.

4) Now if He [Y’shua] were on earth, He would not be a priest at all, since there are those who offer the gifts according to the Law; 5) who serve a copy and shadow of the heavenly things, just as Moses was warned by God when he was about to erect the tabernacle; for, “SEE,” He says, “THAT YOU MAKE all things ACCORDING TO THE PATTERN WHICH WAS SHOWN YOU ON THE MOUNTAIN.” ~ Hebrews 8:4-5

This matter of opening portals though symbol magick was given lots of attention very early in the opening ceremony, ritually opening access to the underworld realm and agencies for what would follow.

Through all cultures the overall symbols and meanings of Horse includes:

In wild form the Horse bears vitality and freedom on its hooves, not just physically but mentally and spiritually.

Jung felt that the Horse symbolizes personal power – things that we master in our lives, and our natural gifts. Horse is a creature of success and self-actualization.

White Horses figure heavily into global mythology, typically being connected to a solar Deity or heroes.

The Celtic Horse became symbolic of the ability to bridge the gap between people and Spirits, both great and small.

Circles commonly represent unity, wholeness, and infinity. Without beginning or end, without sides or corners, the circle is also associated with the number one.

In some cases, there is a distinction between that which is contained within the circle and that which lies without.

Circles are often seen as protective symbols. Standing within a circle shields a person from supernatural dangers or influences outside of the circle. Conversely, a circle can also be containing, keeping that which is inside from been released.

The ouroboros is a circular symbol created by a creature feeding off it’s own tail, or else two creatures feeding off each other’s tails. In both cases, the shape created in a circle, represents such ideas as completion, uniting of polarities, regeneration, and eternity.

The element of spirit, seen as an element equal or superior to the physical elements of fire, air, water and earth, is commonly represented by a circle.

Coming back finally to Mastral’s explanations match what we know about Satanism and Mystery Schools.

Even if you don’t believe in this weird spiritual reality, you should be very concerned that our globalist elite does, and that they require human blood for their plans.

We live in the age of Alice Bailey’s Externalization of the Hierarchy, when centuries-old occult secrets will be revealed. The bad guys know that we know what they are doing, and we should expect open war soon.

However, this is not a material war; it is a spiritual one: we have God on our side and his holy angels to protect us. Mastral himself decided to leave the group when he faced the fact that demons could not touch Christians.

Satan knows he will be defeated, and wants to take as many as he can with him, while deceiving them with the promise of victory over God.

Ultimately, we have to remember Jesus’ words: “I am the Way […] none comes to the Father but through Me”. God has given us a “portal” to a higher dimension and perfect evolution, through the sacrifice of His Son.

When Jesus says, “I am the door,” He is reiterating the fact that only through Him is salvation possible. This is far removed from the ecumenical teachings popular in today’s liberal religious circles. Jesus makes it clear that any religious leader who offers salvation other than through the teachings of Christ is a “thief” and a “robber.”

One who believes the gospel (Hebrews 11:6) and repents of sin (Luke 13:3) is assured of being in “the fold” and of having entered by “the door.”

As followers of Christ, Jesus is both our Shepherd and the Door to the sheepfold who provides for all our needs. Knowing that the world is full of predators whose sole intent is to destroy us (1 Peter 5:8), we are always under His protection. More importantly, we are fully confident that “when the Chief Shepherd appears, [we] will receive the crown of glory that does not fade away” (1 Peter 5:4)

Religious experience without coming through the portal of the Cross and the blood is dabbling in Evangelical enchantment or necromancy and false religion.

Fortunately, no rituals, sacrifices or slavery from our part is required. That’s the secret Satan doesn’t want us to know.