Surprising escalation in Syria as the Syrian army launched an attack against jihadists next to the US Al-Tanf base, with US forces set in a general alert. As pronews.gr reported, Moscow had sent a clear warning to the US to pick them up and leave the Syrian territory.

The Americans at this point are trapped as they have no escape route anymore. Only by air support can they be saved even though their forces have been strengthened a little 24 hours ago.

he Americans had “felt” the Syrian Army bombs a while before they screamed that “there are no terrorists in the area that the Syrians and the Russians are bombarding.” But who believes them?

A surprise attack on terrorist positions near Syria’s US Al-Tanf military base, the forces of the Syrian army escorted by the Syrian Air Force escaped. A move that had the “green light” from Moscow.

Government forces have hit strategic locations in the Kobayeb and Raswani villages.

According to a military source spoke to Sputnik:

“The Syrian army carries out the final blow to the last enclaves of ISIS in the desert of central Syria.This area is located between Homs, Deir eZor and Damascus. The army has managed to release vast areas, destroy dozens of guerrillas and shelters in the rocks. “

The same source pointed out that:

“The Syrian Air Force offered air cover to infantry units. This helped us to make a successful attack on terrorist positions. “

As a result, an extensive revolt-relocation operation is almost complete, he adds.

Earlier in the area around the US base at Al-Tanf, the US, together with their allies, had carried out a real-life military exercise.

Indeed, a US alliance official had said there was no terrorist enclave near the American base, describing “malignant propaganda” about the opposite view.

The Americans strengthened the Marine Forces at Al-Tanf with anti-tank FGM-148 Javelin.

The mobilization involves hundreds of Americans as well as forces of “rebels”.

A spokesman for the US forces said the “exercises were a show of power”.

“The Pentagon has warned Moscow to be careful, to prevent escalation.” 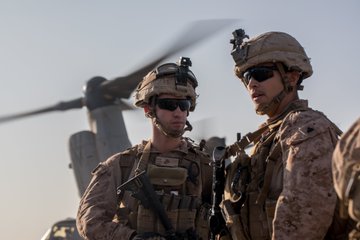 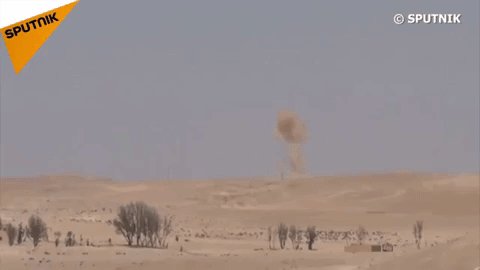 WATCH #SyrianArmy strike militant positions near US military base in al-Tanf https://sptnkne.ws/j7wt