Increasingly, Hillsong Church’s Christmas musical productions seem to break through the crass, if not the blasphemy barrier of the year before.

Hillsong made international news in 2015 when it became a “Sleazy Night” Christmas special, which was a cabaret and burlesque show that incorporated Christmas hymns?

Two years later, Hillsong one-upped the Sleazy Night presentation with yet another Christmas sensuality show. Blaspheming God by masquerading flesh-peddling as “worship” is nothing new, with Hillsong famously having a “naked cowboy” appear at a women’s conference in 2016 and then a “naked Santa” later that year.

The other disturbing and controversial aspects of these concerts is the dominating drum beat, which is a clear sign of apostasy.

While there’s still time to see how much flesh will be on display at Hillsong Australia’s Christmas program this year (mark it down; it will be). 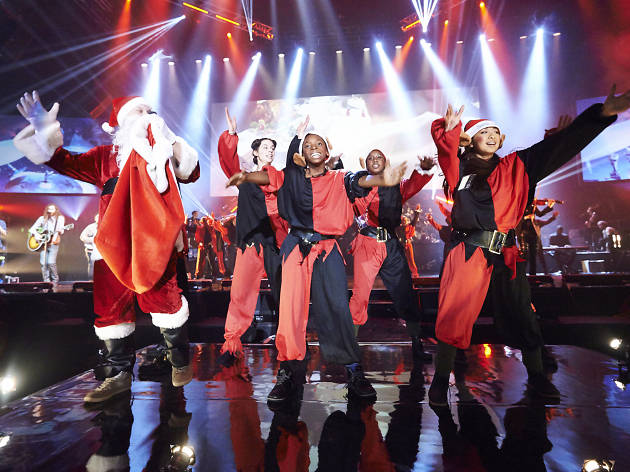 Hillsong London’s newest Christmas program seems to be attempting the worst re-telling of the Christmas narrative yet.

The trailer for the Hillsong London’s Christmas program depicts the “Three Wisemen” hunting down the newborn Christ at the Inn. The Inn, in the Hillsong depiction, was a place where patrons were swilling mugs of beer at a bar, while serving wenches normally seen at Octoberfest danced on tables. As the scene progresses, Jesus is depicted with Mary and Joseph in the midst of the bar scene, among much mirth and merriment. Of course that’s what Christmas is all about!

In reality, Jesus was born in the stable – not in the Inn, which had no vacancy for his expectant mother – and laid in a manger, or feeding trough (Luke 2:12). The Wisemen, or Magi (a sect of astronomers and seers going back to the prophet, Daniel –Daniel 2:48 ), whose number is actually unknown, found Jesus at his home sometime during the first year after his birth (Matthew 2:11), just prior to their midnight flight to Egypt.

Inns of the first century in Jerusalem, by the way, were not bars or brothels resembling Old West taverns, but informal guest rooms in larger residential houses. But lets not have truth and biblical accuracy get in the way of a good story….

3 thoughts on “Hillsong London: Carols 2018 — Jesus Born In A Saloon Not A Stable”