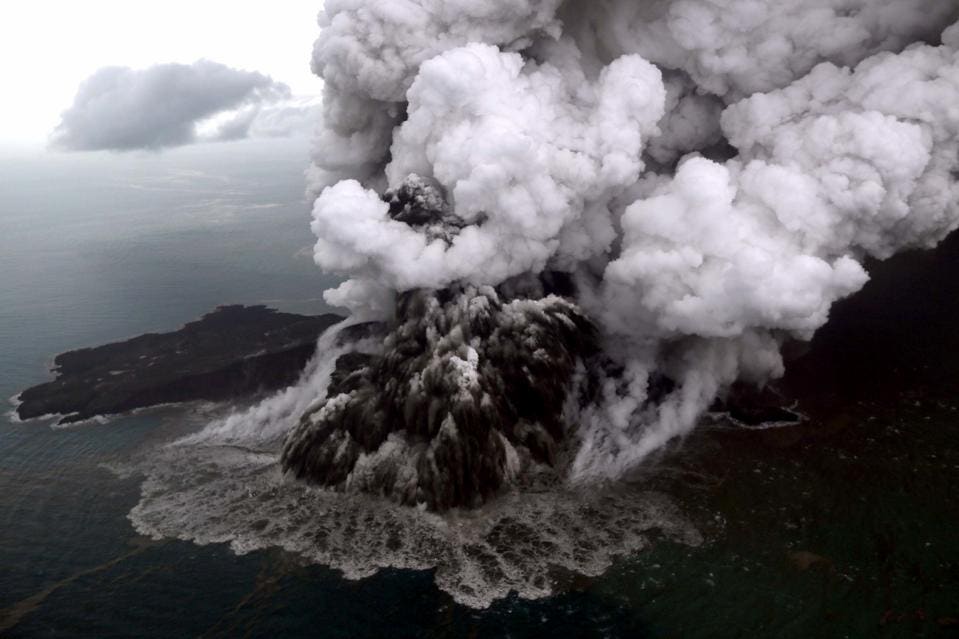 Indonesia, Anak Krakatau And The Tsunami: What Might Happen Next?

This aerial picture taken on December 23, 2018 by Bisnis Indonesia shows the Anak (Child) Krakatoa volcano erupting in the Sunda Straits off the coast of southern Sumatra and the western tip of Java. (NURUL HIDAYAT/AFP/Getty Images)GETTY

As it stands, the death toll from the likely volcanically-generated tsunami in Indonesia’s Sunda Strait is 373, but as with these things, that’s sadly set to increase as rescue and recovery efforts continue.

Although plenty of research needs to be done to determine the exact cause of the tsunami, what is increasingly clear is that it was related to Anak Krakatau, the small, highly active volcano in the heart of the ruins of Krakatoa, which obliterated itself in 1883. For a deep dive into the science behind the event, and the story as it unfolded in real-time, you can click here and peruse through my lengthy explainer.

In the past 24-36 hours, however, plenty of people – including many media outlets I’ve spoken to – have asked what may happen next. Although this is a difficult question to try and answer, I’ll do my best to explain what could happen in the coming days and weeks with, as ever, an abundance of caution.

When Will We Know Exactly What Triggered The Tsunami?

This is difficult to say. Surveys will need to be done to determine exactly what on the volcano has shifted in order to trigger the tsunami, but it seems probable that some sort of landslide was to blame. One can speculate that the large explosion caused a flank of the volcano to dislodge and fall into the Sunda Strait.

There are in fact many ways to generate a tsunami via volcanically-induced mass movement.

The collapse of a flank is certainly one of them; it’s a hazard that’s not just present at many volcanoes around the world – including Sicily’s Mount Etna – but also Anak Krakatau itself. Several studies have been conducted on it with this in mind, including this remarkable 2012 paper that various colleagues have brought to my attention.

Mount Etna Just Started Erupting From A New Fissure. Here’s Everything You Need To Know 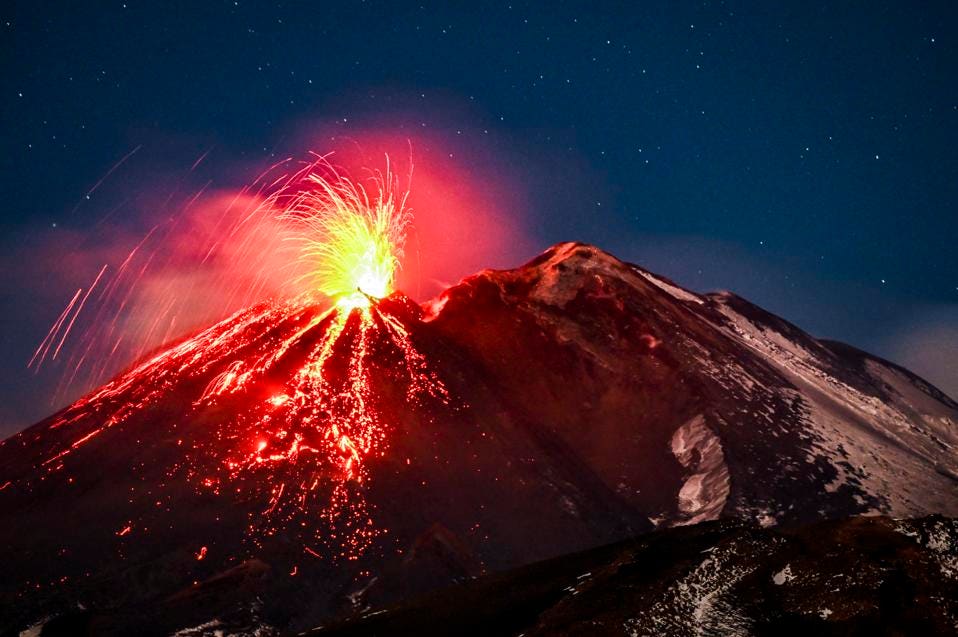 Etna has been erupting for a little while now. Here, lava can be seen emerging from the southeast on December 22nd, 2018. (Fabrizio Villa/Getty Images)GETTY

According to new reports, Mount Etna – an active and mercurial volcano in Sicily – has produced a fresh eruption from a brand-new fissure.

The Etna Observatory, part of Italy’s National institute of Geophysics and Volcanology (INGV), explain that a collection of 130 tremors at the volcano, perhaps indicating magma moving through the crust, caught their attention, with the most powerful of the swarm equivalent to a magnitude 4.0 earthquake. Then, sometime on Monday, lava flows began emerging from a new fissure high up on the southeastern side of the volcano, producing a persistent ash cloud.

So far, it looks like no-one’s in danger, as the flank eruption is taking place high up away from any population centres. Hikers are also being brought down from higher elevations too, according to the Washington Post. Catania’s airport has also been shut down and flights have been grounded in order to not run into trouble with the ash cloud.

The Etna Observatory, part of Italy’s National institute of Geophysics and Volcanology (INGV), explain that a collection of 130 tremors at the volcano, perhaps indicating magma moving through the crust, caught their notice when it began at 0850 hours local time, with the most powerful of the swarm equivalent to a magnitude 4.0 earthquake.

Then, sometime later on Monday, at around 1205 hours, lava flows began emerging from a new fissure high up on the southeastern side of the volcano, producing a persistent ash cloud. According to Boris Behncke, a volcanologist at the Etna Observatory, this is the first flank eruption at Etna for more than 10 years at the site. It began shortly after noon, local time.

At the same time, eruptive activity at various other parts of Etna, including the Northeast Crater and the Bocca Nuova area, amped up a little. GPS networks, among others, found that there has been conspicuous deformations of the summit area,” according to an INGV press release. 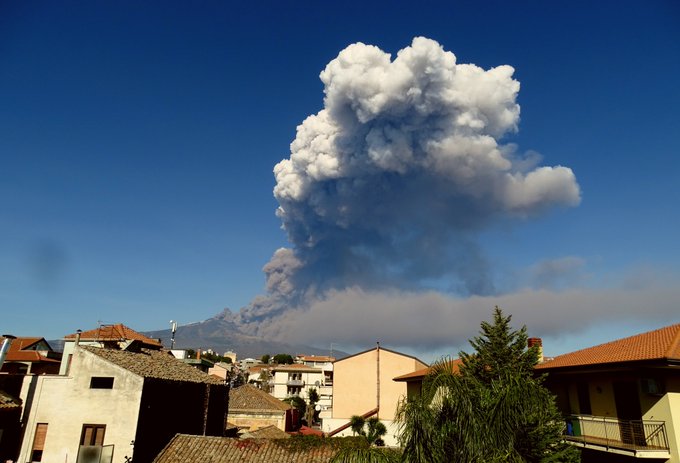 Start of #Etna‘s first flank eruption for more than 10 years, shortly after noon on 24 December 2018, seen from my home in the village of Tremestieri Etneo, 20 km south of the summit of the volcano

This flank eruption appears to be part of a sequence that started in September 2013, according to the Smithsonian Institute’s Global Volcanism Program (GVP). Focused on the New Southeast Crater, these eruptions have not, in general, proved to be dangerous, but the emergence of a new fissure has certainly got the INGV sitting up and paying close attention. 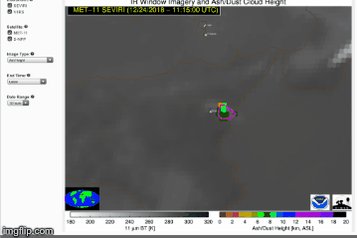 Reporting by Volcano Discovery notes that the lava is flowing into the upper Valle del Bove, a horseshoe-shaped depression feature on the eastern part of the volcano. The new fissure itself appears to be at the foot of the New Southeast Crater.