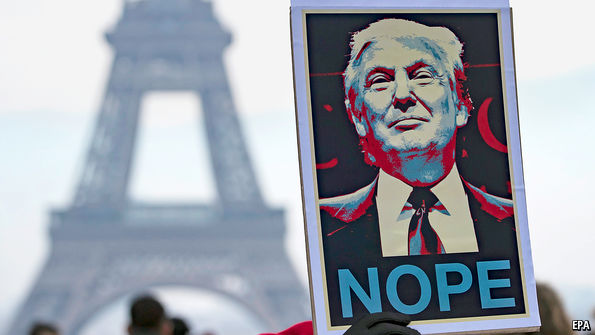 The United States of America is quickly approaching a monumental tipping point.  Between now and the 2020 election, events will begin to cascade out of control.  The treasonous Democrats are determined to keep our domestic affairs in complete chaos and steeped in utter lawlessness.  Unfortunately, the Neocon warmongers, Zionist imperialists and rogue U.S. Intelligence Community will see to it that Trump’s highly erratic and dangerous foreign policies imperil the international order like no other administration in American history.  The short piece below explains why and how that’s clearly the case.

KEY POINT: Deliberate acts of financial terrorism, economic sabotage and currency manipulation by the U.S. constitute outright acts of war.  The Trump administration is using economic sanctions to impose American dictates more cavalierly than any other since the founding of the Republic.

As a matter of historical fact, Japan attacked Pearl Harbor because of the American blockade of oil and gas shipments to that multi-island nation which possessed few energy resources.

Please be advised in advance that there’s not a single word in the following article that is inaccurate or misrepresentative of the current global predicament caused directly by the Trump administration and its many clandestine proxies.  Therefore, it’s absolutely imperative that the Patriot Movement come to grips with this rapidly deteriorating situation.  To ignore these realities is to ignore the malevolent forces that are stealthily pushing the world community of nations into the hot phase of World War III.  How, pray tell, will a WW3 scenario MAGA?!?! See: The Only Remaining Option for the NWO Globalist Cabal is World War III

What can the Right do about it?  Peacemaking conservatives must hold Trump’s feet to the fire.  If he does not follow through on his promises to make peace not war, the Rightis obligated to find a candidate who will carry out a truly conservative agenda, not just talk about it.  More than ever, this nation needs a nationalist in the Oval Office who will not bow to Israel or patronize Saudi Arabia; and who will extend the hand of reconciliation to America’s imaginary enemies.  After all, these perceived enemies were intentionally manufactured by those who only seek the total destruction and ultimate control of the American Republic.

Lastly, what is most concerning about the following analysis is that the obvious conclusion that the USA is now — BY FAR — the most feared nation on Earth.  It’s also fast becoming the most hated country where even our allies detest our relentless meddling in their internal affairs and interference with their foreign policies.  Really, where’s that going to lead US except to the hellish plight that our real enemies have planned for US.  As follows:

The bottom line here is that Trump’s foreign policies do not MAGA.

In point of fact, they are designed to MIGA (Make Israel Great Again).  And that, our fellow patriots, poses a HUGE and serious problem for the American people.  Why?  Because the globalists continue to use the United States as the Military Arm Of The New World Order.

N.B. What the author comprehends well is that an imperialistic foreign policy that devastates the planet cannot possibly “Make America Great Again”.

Shielding the World From US Chaos Is No Easy Task

Donald Trump’s foreign policy relies heavily on putting to use to the tools available to the Empire: economic terrorism, threats of war, diplomatic pressure, trade wars, etc. But in resorting to tried-and-true imperialism, it is isolating itself internationally from traditional allies and raising tensions on the global chessboard to an unprecedented level.

Threats of war against Venezuela, North Korea, Syria and Iran are now repeated on a daily basis. Economic measures involving tariffs or duties, in many ways comparable to declarations of war, are now habitual, whether directed at friends or allies. Iran and Syria are under sanctions, while Pyongyang is even prevented from docking one of its ships in its ports, thereby finding itself de facto placed under US embargo, such as was threatened against Venezuela.

China and Russia are daily fighting to support the multipolar world through diplomatic, economic and sometimes military means, offering to Washington’s enemies some kind of shield with which to withstand the outrageous slings and arrows of the Trump administration. Beijing and Moscow carry out their resistance with an eye to their long-term objectives, given that in the short term their actions will inevitably invite the implacable hostility of Washington and her lackeys.

The fate of the new multipolar world order essentially depends on how well China and Russia will be able weather Washington’s storm. It is naturally in the interests of the rest of the world that the chaos of Washington’s unipolarity will be brought to a close in the least chaotic and destructive manner.

Washington’s European allies are sanctioned for Iranian oil imports, are unable to participate in the reconstruction of Syria, are asked to abandon joint projects with Russia (Nord Stream II), are asked to cut technological imports from China, are requested not to become involved in the largest project the world has ever known, known as the Belt And Road Initiative (BRI) – all these requests come at a time when Donald Trump keeps undermining the international globalist order on which US allies have come to rely on to maintain the status quo. US allies are obliged to comply with Washington’s requests even as it hurts their business interests and poses grave consequences in the medium to long term. This is essentially the motivation behind European countries seeking to diversify their international trade and exchanges through a currency not controlled by Washington, thereby effectively de-dollarizing their economies. It will be quite some time before such an ideal can be realized, demonstrated by the failure of the efforts to import Iranian oil by circumventing the US embargo through such mechanisms as Instex.

Recent weeks have seen international affairs swing from one worrying scenario to another, from the failed summit between Trump and Kim, to the support for Guaido’s attempted coup in Venezuela, culminating in the continuous threats directed towards Iran after designating the Islamic Revolutionary Guard Corps as a terrorist organization.

With little rhyme or reason, with an administration divided among several factions, we see constant changes in strategy and approach that only end up weakening Washington’s international stature.

Military planners at the Pentagon fear an open conflict with Iran or Venezuela, but only for purely propagandistic reasons. Washington’s formidable firepower would probably be able to overwhelm whatever defenses Tehran or Caracas would be able to offer, but at what price? The site of Washington’s latest-generation aircraft falling from the sky at the hands of air-defense systems from the Soviet period would have a devastating effect on the image America’s military-industrial complex likes to project of itself.

It would damage the prestige of American systems, which cost considerably more than their Russian counterparts. (An American F-22 Raptor, for example, costs about $150 million, whereas a Russian Su-35 only costs about $55 million.)

This embarrassing reality is currently being highlighted in Syria to some degree, where the anti-aircraft defenses of Damascus, combined with Russian capabilities, have foiled dozens of Israeli, US and Saudi attacks. The hitherto venerable US cruise missiles have had to genuflect before the legendary S-300/S-400 systems that have now become (as a defensive and not offensive weapon) a symbol of peace.

The myth of the invincibility of US weapons is being challenged by Moscow’s defensive capabilities deployed in Syria and Venezuela. These same capabilities are readily available to Tehran in the event that Washington decides to attack the Persian country. But the likelihood of such a war becomes less and less likely with every passing day, with Pentagon military planners fearing a far worse scenario for the United States than Iraq. Iran is three times the size of Iraq and would require about 1.2 million US troops to occupy the country on a permanent basis.

Iran, moreover, is one of the top 15 world powers and Washington would be confronted for the first time with an opponent of high capabilities, something that Americans have been trying to avoid for decades, fearful of revealing the vulnerability of their weapons systems as a result of corruption and wrong strategic decisions. Hollywood movies have served to build up in the public mind the myth of US military prowess, being a form of extreme propaganda for the purposes of disguising the reality of military ineffectiveness.

Pentagon planners have no intention of revealing their military vulnerabilities in a war with Iran. The loss of US military prestige would also show to countries hitherto under Washington’s thumb that this dog has more bark than bite, making it all the more difficult for the US to browbeat countries with the threat of military force in the future.

What Trump seems to find difficult to understand is that his foreign policy is slowly eroding the superpower status of the US.

The free pass Trump has given to the neocons and the pro-Israel and pro-Saudi lobbies have only served to bring the US the brink of a new war with Venezuela, the DPRK, Iran or Syria. With Trump not really committed to any war himself, this will only lead to a humiliating backdown.

A commitment to no further wars seems to be one of the last election promises Trump wants to remain faithful to.

These continuous threats, never followed up by real actions, are a very short-lived tactic, given that they do not bear any strategic result. The DPRK did not get rid of its nukes, Venezuela still has Maduro as president, and Iran will never sit down with the US to discuss a new nuclear deal.

International attitudes are cooling towards the US, even among allies, who are subjected to absurd impositions on imported goods and punitive measures resulting from industrial cooperation with Russia, China and Iran (the three main opponents of the Israeli-Neocon-Saudi triad). Threats to Germany for the Russian Nord Stream 2 pipeline are not dissimilar to the threats to Turkey for seeking to acquire the S-400, or to Italy for accepting Huawei 5G technology, or to India for importing Iranian oil.

Opponents of Washington share a lot in common and are increasingly coordinating their efforts economically, diplomatically and militarily to limit the chaos and damage brought on by the Trump administration’s rampage on the global stage.

The doctrine of America First, combined with the need to grant a free hand to the Israeli-Saudi neocons, has been disastrous, particularly to the US.

The rest of the world watches with mounting amazement and wonder how Washington, Riyadh and Tel Aviv are determined to paint themselves into a corner, just so that they can satisfy particular lobbies, powerful factions and warmongers like Bolton, Netanyahu, Mohammed bin Salman and Pompeo.

Trump is able to deceive his base due to their lack of interest in international affairs, the failing Democratic party, and Fox News’ tricky propaganda. But internationally, the role of Washington is becoming less and less relevant, with the figure of Trump serving to unite both friends and enemies of the US alike in a type of temporary pact as they wait out the Trump presidency. Once Trump is out of the way, then issues of fundamental importance for world trade (the Belt and Road Initiative) and the stability of crucial areas like the Middle East and North Africa can be dealt with, even though US adversaries are fully aware that US foreign policy isn’t decided by the President of the United States, rather from the ‘Washington consensus’ driven by ‘US Exceptionalism’.