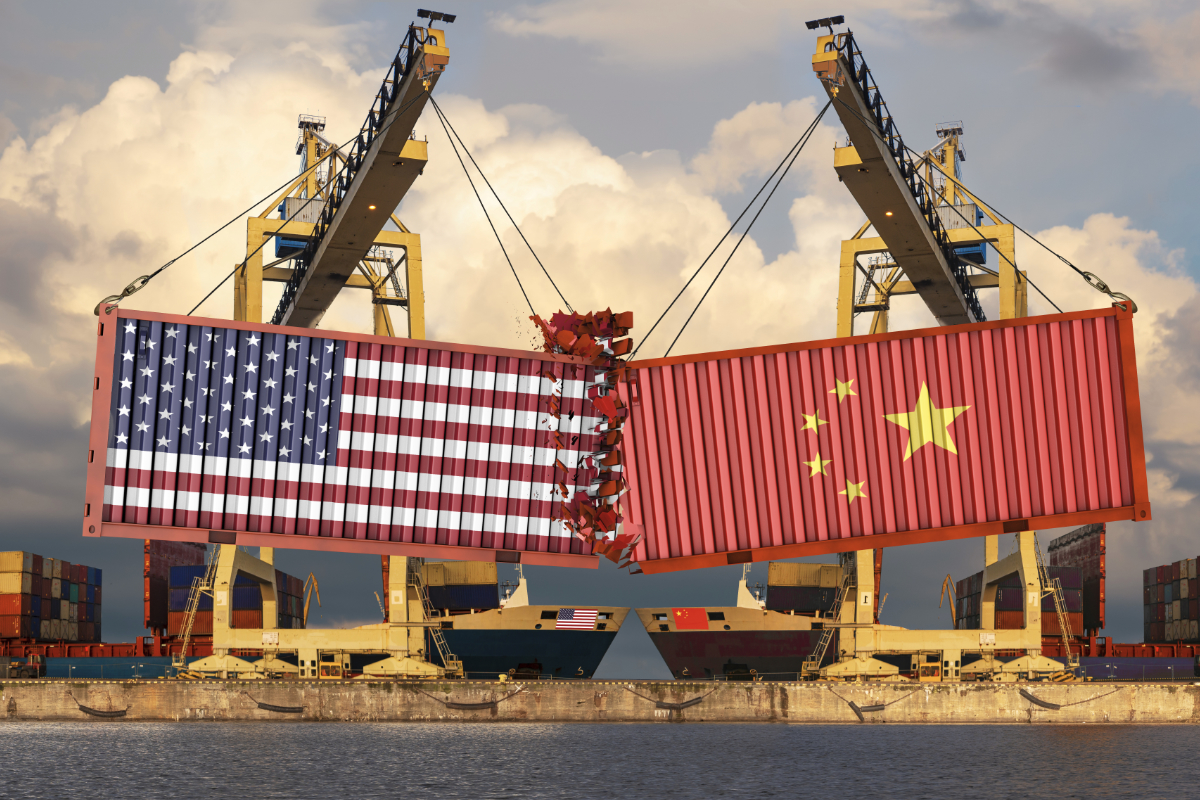 VIDEO: Niall Ferguson speaks to The Business (The Business)
RELATED STORY: ‘China’s worst nightmare’: Why Beijing is worried about N Korea and US becoming better friends
RELATED STORY: Donald Trump’s trade showdown and how it will affect you
RELATED STORY: Can US-China trade relations ever be the same after the trade war?

The world is entering a new Cold War as China and the US go head-to-head for the title of dominant economic superpower, high-profile British historian Niall Ferguson has warned.

“We’re now looking at something much more than just tariffs,” he told The Business.

“If you look at the battle that has broken out over the Chinese telecoms company Huawei, you see it has something of the features of the Cold War.

“There is also defence element to it — the Chinese are building a lot of weaponry which is probably designed to challenge American pre-eminence in the Asia-Pacific, so tick that box.”

Professor Ferguson is a senior fellow at Stanford University and Harvard and has authored 14 books, many with a focus on economic history.

He argued tensions were not going to centre on a nuclear arms race this time around though.

“Our Cold War looks like it will be a little different,” he said.

“It is going to be an artificial intelligence arms race or a quantum computing arms race, certainly a high technology arms race, but … it’s looking like Cold War 2.0.”

Professor Ferguson said another four years of Donald Trump as US President and no real de-escalation in the trade wars will see China continue to flex its economic and political muscle, extending its reach into the Asia-Pacific region and Africa.

PHOTO: US warships have been been regularly sailing through the disputed South China Sea.

But Professor Ferguson argued a Cold War need not be economically harmful, noting the icy tension between the US and the Soviet Union brought about tremendous technological advancement and economic activity as the two powers competed for glory over space and weaponry.

It is upping the ante in a high stakes game, but what are the implications of President Trump targeting hi-tech Chinese imports?

It should not be forgotten, he observed, that the Cold War spawned the internet, which was developed by the American military.

“I can imagine a scenario in which US-China competition, as long as it doesn’t involve extended tariff protection and becomes mainly about technology, will be quite stimulatory,” he said.

“The Chinese, after all, have to catch up.

“They are behind, they can’t make all their own semiconductors, they are still dependent on the US for that so they are pouring money into that sector, and on the US side they are waking up to the fact that China has got quite close to catching up.

“So that almost certainly means increased investment — both private and public — in high-tech.”

Professor Ferguson said he was worried the US-China rivalry could spill over into other countries, as the US-Soviet Union rivalry did in the previous Cold War, and said this would be economically disastrous.

China’s goal is for a ‘peaceful rise’

So should Australia fear or embrace China if we really are heading for Cold War 2.0?

It’s almost inconceivable that the immediate future of the global economy hangs on the erratic whims of Donald Trump, writes Ian Verrender.

Analysts say a lot rides on whether Mr Trump wins another four years in the Oval Office.

There has been significant debate about whether the Trump presidency is the worst thing or the best thing to happen to China and its expansion.

Keyu Jin, an associate professor at the London School of Economics, said she believed it was the latter, despite rising trade tensions.

“China’s worst nightmare is not President Trump, but a really capable and competent American president willing to strengthen relations with its allies and oust China from the global system — that is China’s biggest nightmare,” she said.

“There [are] a lot of misgivings about China and its rise — if we look at history I would argue that China’s rise is the most peaceful.

“It has been very careful trying not to disrupt and cause turbulence in the global arena and that has been its goal and what has been able to be achieved until now.”

Dr Jin said there was a concerted effort on behalf of authorities in China to become independent from the US, particularly in terms of technology development.

“The US policies toward China are radically shifting, there’s permanent changes brought by broad bipartisan agreement that one needs to limit China’s growth or it will be too late, and the Chinese authorities are well aware of that shift in stance and because it is shifting.”