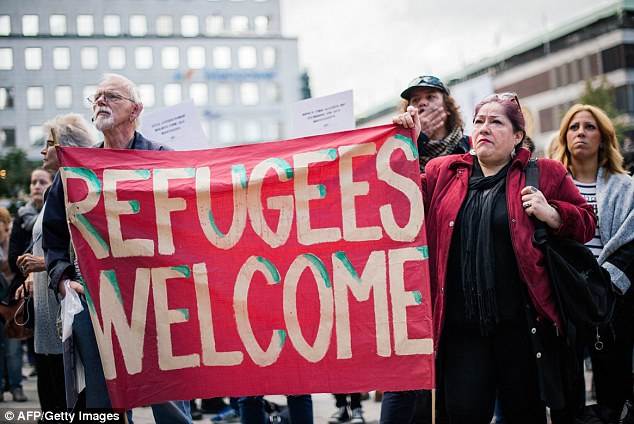 Torn apart by an open door for migrants: Sweden is seen as Europe’s most liberal nation, but violent crime is soaring and the Far Right is on the march

Speaking to Swedish news magazine Fokus, Krarup, from the Danish People’s Party (DPP), slammed Sweden’s attitude toward mass-migration as “dangerous.”Krarup went as far as to predict that Sweden’s open-border policy will “fail” and cause the Scandinavian country to “become an Arab Middle Eastern country.”“When Sweden fails and stops being Swedish, it will affect the rest of us too,” she told Fokus.  Danish politician Marie Krarup describes Sweden’s attitude toward mass-migration as ‘dangerous’ Krarup describes the Swedish immigration policy as “lax and weak.”Have your say – ⇓ Hit the comments below

Sweden “does not understand how dangerous mass migration is,” according to the Danish member of Parliament.

Krarup says she sees her country’s Nordic neighbor as a deterring example.“When Sweden fails and stops being Swedish, it affects us as well, and we can’t keep the passport union between our countries,” she warns.

“We have a lot in common with the Swedes, and we are close, but when they de facto become an Arab Middle Eastern county, we will no longer have that much in common.”Fokus also explains that the DPP and Krarup don’t want migrants to learn Danish or to secure work.Instead, she says, they should be returned to their home countries as soon as possible.“If you are granted asylum you will receive a temporary residence permit, then you reside in Denmark until you are sent home,” she says. “And you should be prepared to be sent home at any time”

In March, Sweden relaxed its laws to allow China’s Uyghurs Muslims guaranteed asylum She concludes by telling the magazine that her colleagues were shocked when they visited the Swedish city of Malmö and witnessed the ghettos and the criminality there with their own eyes.Denmark’s parliamentary elections will be held no later than June 17 this year.

As Neon Nettle previously reported, in March, the Swedish Government revealed it will be opening up country’s doors and offering asylum to an estimated 11 million of China’s persecuted Uyghur Muslims, potentially doubling Sweden’s population.

Swedish Migration Board decided to allow Chinese Islamic Uyghurs, or Uighurs, to claim asylum in Sweden by easing up the regulations to guarantee entry.

The board ruled that all persecuted Muslims would be welcome, Swedish broadcaster Sveriges Radio reported, despite the number of potential asylum seekers being larger than Sweden’s current population, which is estimated to be about 10.2 million people