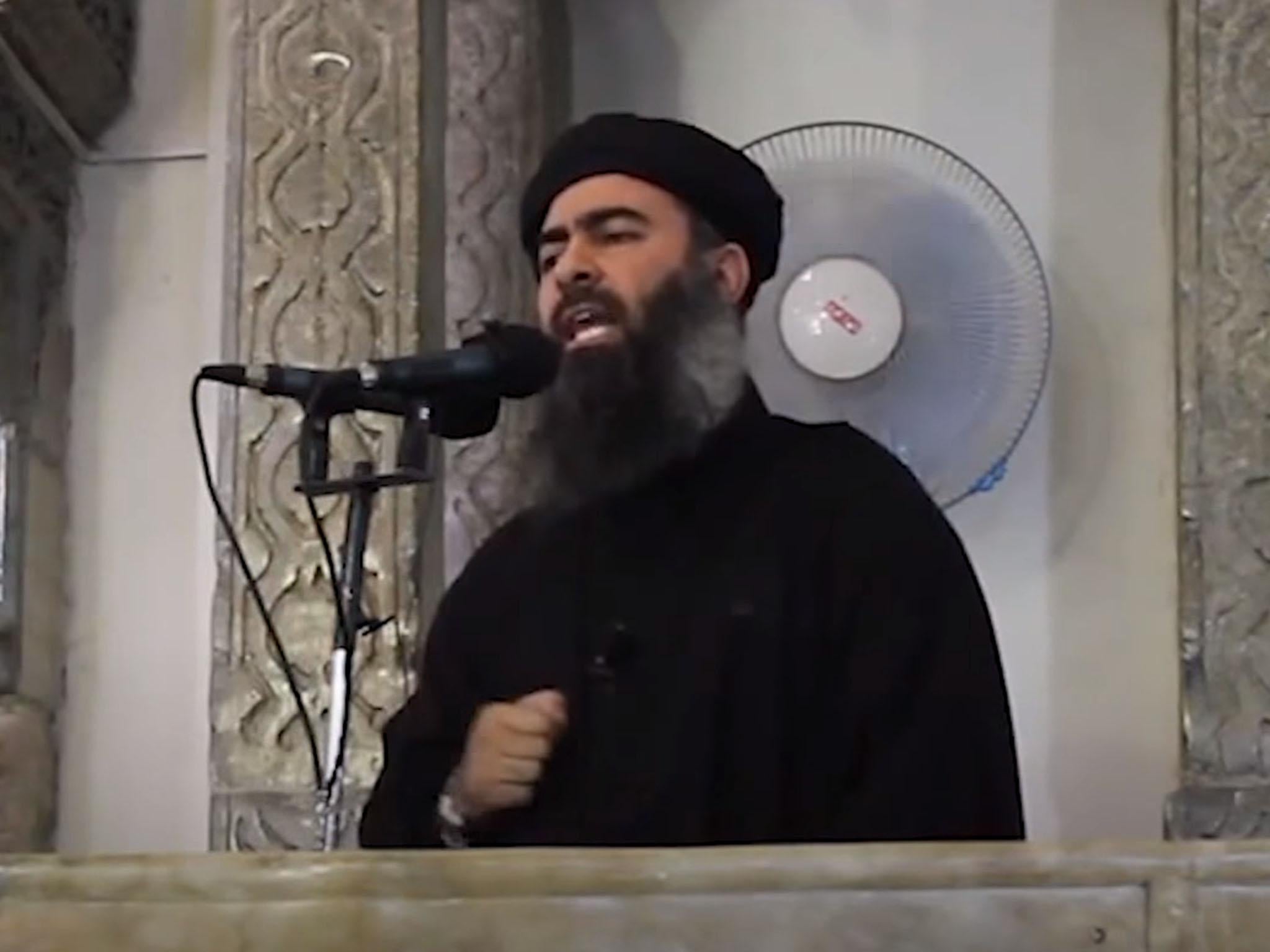 The leader of Isis, Abu Bakr al-Baghdadi, has appeared on video for the first time in nearly five years.

The group’s media arm released a speech by the elusive leader on Monday, in which he addresses the territorial defeat of Isis in Syria and praises recent terror attacks around the world. It is the first time he has been pictured since July 2014, when he announced the creation of the Isis caliphate from the al-Nuri mosque in Mosul.

Although Isis has released several audio recordings from Baghdadi over the past few years, his fate has been the subject of intense speculation. Following the capture of the last of the group’s territory, western intelligence agencies have speculated that he had gone into hiding somewhere in the desert regions of Iraq or Syria.

The jihadist leader, became emir of the Islamic State of Iraq group in 2010, took it from underground insurgency to a proto-state that ruled over around 10 million people. Since the last time he appeared in public, the once mighty caliphate has all but crumbled, and thousands of his fighters have been killed or languish in jail cells.

In the 18-minute video, entitled “In the Hospitality of the Emir of the Believers”, Baghdadi sits cross-legged alongside three other Isis members whose faces are blurred, next to a Kalashnikov rifle and ammunition belt. He praises the recent terror attacks in Sri Lanka, which targeted churches and hotels and left more than 250 people dead, calling it “revenge” for Baghouz – the small Syrian village where Isis made its last stand.

“And as for our brothers in Sri Lanka, I was overjoyed when I heard about the suicide attack, which overthrew the cradles of the crusaders, and avenged them for our brethren in Baghouz,” he said.

During this section, however, Baghdadi was not in view.

Instead, what appeared to be a voice recording of the leader was used over video of the atrocities and the pledge of allegiance by the attackers, giving rise to speculation that these comments may have been recorded at a separate time.

“It was by the grace of God that there were Americans and Europeans in Sri Lanka,” he said. “They questioned God, who answered in the form of bringing the suicide attackers.”

“The battle of Baghouz is over. But it did show the savagery, brutality and ill intentions of the Christians towards the Muslim community.”

He added that Isis would seek revenge for the killing and imprisonment of its militants, and that his group was in a “battle of attrition”.

Baghdadi has been rumoured to have been killed a number of times. In 2017, Russia said it was investigating whether one of its airstrikes on the city of Raqqa killed him and 300 other fighters. Other reports suggested he had been incapacitated by a US-led coalition strike.

The Syrian Democratic Forces, a US-backed coalition of Kurdish and Arab fighters, declared victory against the Isis caliphate on 23 March, when they captured the group’s last piece of territory.

The final advance, backed by the US, was slowed by the presence of thousands of civilians. The last few months saw an exodus from the Baghouz area. Trapped in an ever-shrinking patch of land, they were without food and under constant bombardment. Some 60,000 people filed out of the dwindling enclave, nearly half of whom were surrendering supporters of Isis, including some 5,000 fighters. Many were foreigners from Iraq, Kazakhstan, Russia and even France.

Although Isis no longer holds land, it remains a potent threat. US intelligence estimates that it still has around 15,000 fighters still at its disposal in Iraq and Syria. Sleeper cells have already begun launching attacks in both countries.