At a moment the US Navy conducted provocative military exercises in the Arabian Sea on Monday, Iran’s president responded to overtures by Trump that Tehran should “call me” with a firm line of, “No talks, only resistance.”

US military statements highlighted the Arabian Sea drills were specifically in response to heightened unspecified threats from Iran, and were led by the USS Abraham Lincoln Carrier Strike Group and the US Marine Corps to highlight American “lethality and agility to respond to threat” and to advance US security. 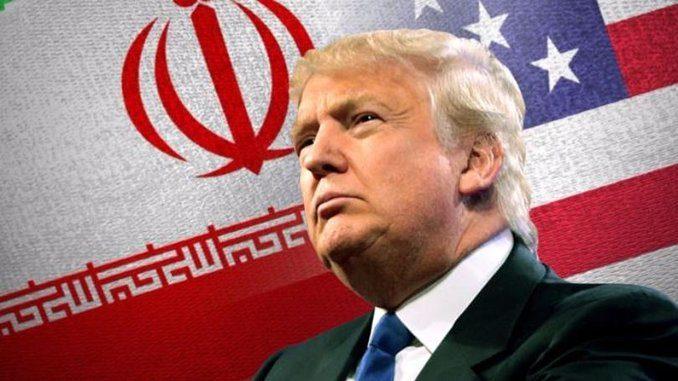 Iran’s President Hassan Rouhani, who oversaw the 2015 nuclear deal negotiations (JCPOA) with then president Obama, said he welcomed any US diplomatic overture but wouldn’t be coerced into new negotiations under economic sanctions and threat of military action.

“I favor talks and diplomacy but under current conditions, I do not accept it, as today’s situation is not suitable for talks and our choice is resistance only,” Rouhani said, according to Iran’s IRNA news agency.

“If we walked away from the JCPOA [Joint Comprehensive Plan of Action – the formal name of the nuclear deal] with the US provocative acts, then, in addition to the US, the UN and world would also impose sanctions on us,” he said.

It appears Trump has taken a “North Korea-style” approach to Iran that combines unpredictably aggressive threats and maneuvers – especially by other White House officials – with unexpected moments of reaching out a hand.

That tactic was certainly on display Monday when Trump expressed US willingness to meet any Iranian action against US interests with “great force” – yet followed it by saying it’s up to Iran to initiate conciliatory dialogue: “If they call, we will certainly negotiate, but this is going to be up to them,” he told reporters.

That came a day after on Trump put Tehran on notice in a Sunday tweet saying, “If Iran wants to fight, that will be the official end of Iran” and to “never threaten the United States again”.

But unlike with North Korea, this “maximum pressure” threat tactic doesn’t appear to be working, especially as Iran has many more international allies, and given six major powers had already agreed to the 2015 JCPOA, which the White House last May backed out of.

Meanwhile, Iran has signaled following Trump’s “call me” message given to Tehran’s leaders through press briefings that it’s ready to do the complete opposite, considering its official nuclear agency announced Monday it has “quadrupled its production of low-enriched uranium“.

Both the semi-official Fars and Tasnim news agencies cited Iran’s nuclear agency spokesman Behrouz Kamalvandi to say the country would reach the 300-kilogram limit set by the nuclear deal merely “in weeks” — in what appears counter-threat signalling to Washington.