Authored by Richard Breslow via Bloomberg,

Negative Rates Would Lead To #Chaos

Central bankers attending the G-7 meeting are sounding remarkably coordinated in their message. The global economy is growing but inflation isn’t.

And that, along with the oft-cited global headwinds, means they’re ready and able to add more liquidity to the system. In the case of the U.S. they have virtually promised that it’s underway. They can assure markets that they’re “ready.” But the far more important assertion is driving home that they’re still “able.”

Inevitably, and understandably, the question of whether they’re running out of ammunition to conduct further monetary easing has been the subject of debate.

But the last thing they can afford to let happen is for investors, corporations or consumers to conclude that they’re near the end of the line.

Monetary policy is a transmission mechanism that largely works through expectations. Nothing will crater inflationary expectations, alter the spend-versus-save dynamic, affect capital-investment decisions and tighten financial conditions faster than the admission that little more is possible.

They’re in fact trapped by their own inflation targets. No one realized that it’s easier to get inflation down than up. Therefore, central bankers need to keep considering, and in some cases delivering, more and more extreme forms of easing. 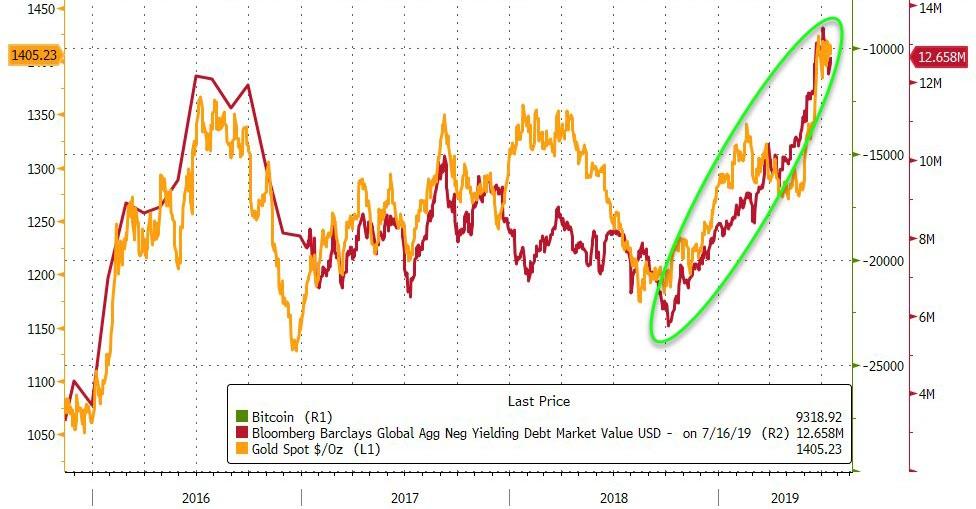 Zero rates begot quantitative easing which led to negative rates. While financial markets give the appearance of stability through asset bubbles, higher asset prices haven’t led to them fulfilling their mandates.

There is a reason there’s so much academic interest in discussing the potential benefits of policies like helicopter money and modern monetary theory — ideas that would have previously been dismissed out of hand. Officials need to convince themselves of the potential efficacy of these notions in order to get the rest of us to believe they’re legitimate options. The truth is, they really don’t know why inflation has remained such a problem. Therefore the proper cure remains elusive.

It seems odd that greater efforts aren’t made to argue the inflation targets are wrong, as in too high, for the new world financial order. But to press that argument is apparently too extreme a leap of faith for them. They’re on much more comfortable ground considering the benighted notion of setting a higher price level to shoot for.

The Fed is set to go, despite what Chairman Jerome Powell described as a baseline scenario of solid economic growth.Another expectation management line he must desperately hold onto as long as possible. Acknowledging increased uncertainties will have to suffice. What they would do if the economy really did start to look like recession is possible remains a very open question. 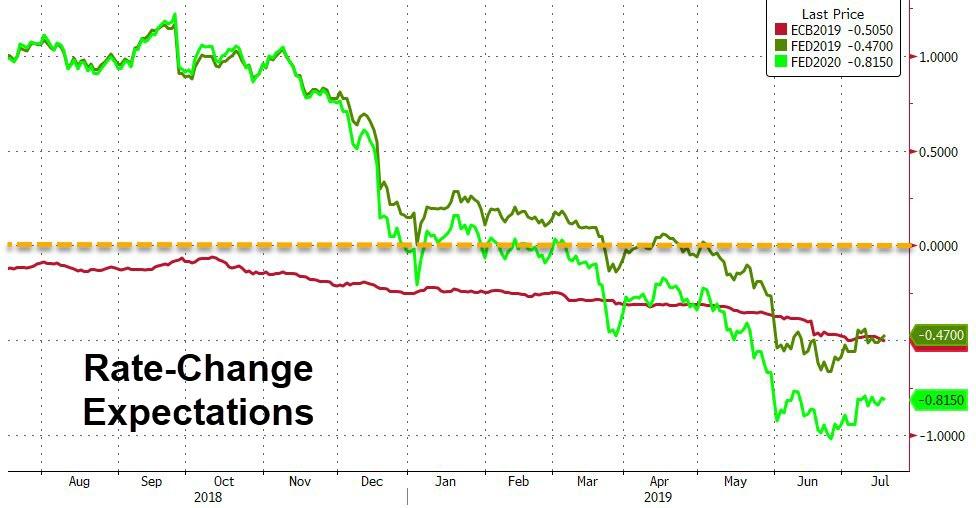 They can, obviously, cut rates back to near zero. Renewed QE is certainly a potential, but unpopular, choice.Aggressively managing the balance sheet and straying away from traditional investments is something that they would probably like to consider. But once they’re seen as even more egregiously picking winners and losers, the political fallout will be extreme. It will provide a whole new dimension of political pressure on their decisions. Even using the balance sheet to fund much-needed infrastructure projects will provide no cover.

One thing they can hint at, but isn’t at all an option for the Fed, is negative rates. The populace simply won’t tolerate it. Aside from the very real issue of whether it’s a trap from which there is no escape, the political fallout would be extreme.

There is no amount of explaining or carve-outs that will get Americans to believe that the government isn’t coming for their money. And that this is only the start. Far from drawing out their savings and spending money they’re far more likely to hoard cash. And be very scared, angry and populist. Just wait until someone then argues the policy works best in a cashless society.

The banks will scream about their net interest margins and what lower profitability will do to lending. Borrowers will claim they’re being ripped off. Investors and corporations will assume this means things are a lot worse than anyone is willing to admit. And act accordingly. Fed independence will go right out the window and politicians will have a field day. A splintered body politic will become more so.

People will conclude that the post-financial crisis measures failed.

That they had been had and the Fed really is out of room. Any good they might have thought negative rates would accomplish would quickly turn into their worst nightmare.