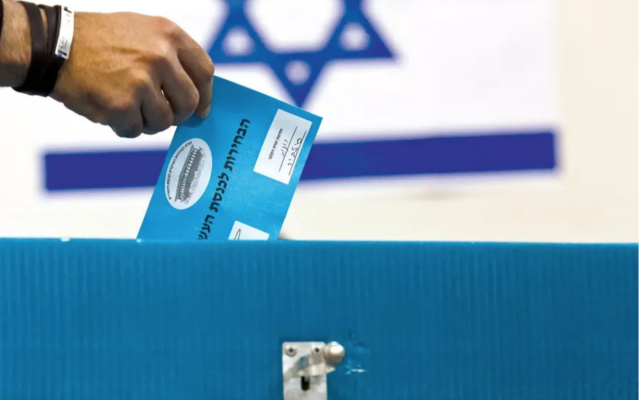 After teasing a plan aimed at bringing sweeping economic development to the region, the White House’s Middle East envoy announced the release of the administration’s Israeli-Palestinian peace plan would be further delayed. Jason Greenblatt, the administration’s representative on Mideast issues, tweeted news of the delay on Wednesday.

“We have decided that we will not be releasing the peace vision (or parts of it) prior to the Israeli election,” Greenblatt wrote. Israel’s legislative elections are set for September 17.

The Trump administration has long touted the release of its peace plan, marked by undefined deadlines and crafted in large part by top Trump adviser and son-in-law Jared Kushner.

On Monday, President Trump told reporters at the G-7 summit that the release of the plan “got complicated by the Israeli elections,”  but said he thought both sides are “a little tired of fighting.”

“We’ll see what happens,” he said. “But I think they want to make a deal, the Palestinians. And I think Israel would like to make a deal too.”

In Bahrain this summer, Kushner emphasized economics as a part of the peace plan. Kushner, at a summit in Bahrain, touted the administration’s plans to provide “prosperity to the Palestinian people and across the Middle East” with a $50 billion investment over the next 10 years. But the Israelis and Palestinians weren’t present at that summit.