Australia is among a group of coal-supporting economies singled out as not getting a spot on the list of 63 speakers at the upcoming UN climate change summit.

Environmental advocates welcomed the ‘unprecedented move’, saying it represented a rebuke of Australia’s climate change policies on the world stage. 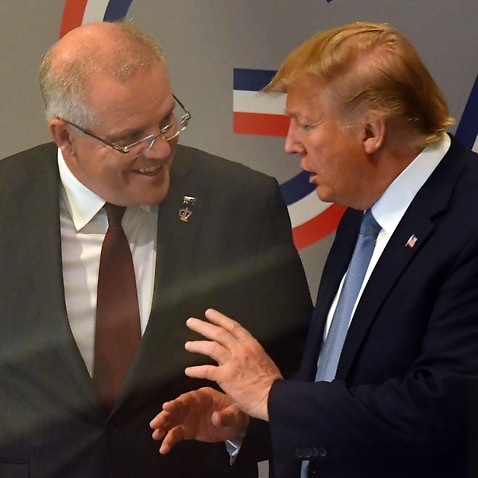 As Morrison jets off to see Trump, other world leaders prepare for climate crisis talks

“Australia talks the talk, but it doesn’t walk the walk. It is a global deviant for climate action,” Dr Martin Rice, from the Climate Council of Australia, said.

“The UN knows that a speech from Australia would be all hot air [would lack substance], similar to rising emissions which are driving worsening weather events.”

UN Secretary-General Antonio Guterres earlier this year warned only leaders with a clear climate action plan would be allowed to speak at the summit as the cost of inaction is too high.

“We are losing the race against climate change. Our world is off-track in meeting the [UN] Sustainable Development Goals” he said.

Mr Guterres wants countries at the five-day summit to commit to a list of demands, which include banning the building of new coal power stations, reducing fossil fuel subsidies and increasing national targets for emission reductions.

“We expect countries to commit to carbon neutrality in 2050 and there is already a meaningful number of countries that have done so and I hope that in the summit there will be even more,” Mr Guterres said.

If the commitments are met, Mr Guterres believes it will lead to a 45 per cent reduction in emissions over the next decade. UN Deputy Secretary-General Amina Mohammed said the emissions reduction target is needed.”We need that ambition because the report of countries’ existing climate plans, greenhouse gas will rise above 10.7 per cent above 2016 levels by 2030. And that number is really starkly at odds with the UN Secretary General’s call for deep cuts,” she said.

“So we have dig deeper. We have to do so much more.”

Calls for Australia to rapidly phase out coal

Coal is expected to be high on the summit’s agenda, with coal responsible for 46 per cent of global carbon dioxide emissions according to the International Energy Agency (IEA).

Countries like Australia, Japan and South Africa who support the coal industry have consequently been removed from the summit’s draft speaking schedule, along with countries that have been critical of the Paris climate accord, such as the United States, Brazil and Saudi Arabia.

Dr Rice wants the government to realise Australia is already being affected by climate change and it will only get worse.

“Australia needs to rapidly phase out coal, oil and gas – they are driving up emissions, they are worsening extreme weather events”, he said.

“Events that are unfolding as we speak today with devastating bushfires in Queensland and New South Wales, and ongoing drought conditions.”

Greenpeace Australia’s Head of the Pacific, Joseph Moeono-Kolio, believes the government has an obligation to address climate change as Australia’s emissions affect the entire Pacific region and beyond.

“Emissions in Australia just keep going up and these are statistics from the Australian government as well. So they need to actually do their duty of care as a Pacific Island Forum Nation country and not put the rest of the region at risk” he said.

Prime Minister Scott Morrison is also being criticised for not attending the summit in New York, despite being in the United States on an official visit.

In particular, Greens MP Adam Bandt has said it is embarrassing that Mr Morrison chose to prioritise US President Donald Trump over addressing climate change.

“I think it’s a combination of cowardice and contempt,” Mr Bandt said.

“Scott Morrison knows that at this summit world leaders are being asked to more aggressively cut pollution and to start to rein in coal, and Scott Morrison obviously doesn’t want to do that. He’d prefer to hang out with Donald Trump instead.” 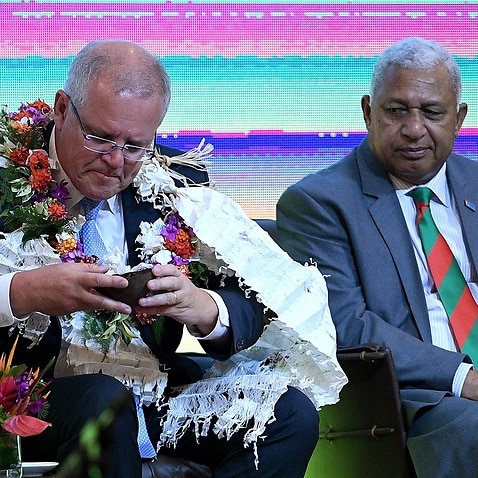 Greenpeace Australia’s Mr Moeono-Kolio said attending the summit would have been a vital learning opportunity for the Prime Minister.

“He should be listening to what the rest of the world is saying about the situation. It is not just a localised situation in the region, it is a global crisis,” he said.

“So even though he isn’t speaking it would do him a world of good if he actually went and saw what real climate leadership from a lot of the world leaders actually looked like, especially from his own back yard in the Pacific.”

Foreign Affairs Minister Marise Payne will represent Australia at the summit, which begins on Monday.

Who needs to the approval of the UN anyway? And the world is still living with the myth that we can do anything about climate change….