Beijing has reacted with fury to US President Donald Trump‘s decision to sign into law congressional legislation backing protesters in Hong Kong, summoning the United States ambassador and warning of “countermeasures” over what it branded a “severe interference” in China’s affairs.

Le urged the US not to implement the bills – approved by Trump on Wednesday – to prevent greater damage to Washington-Beijing relations, the ministry said.

“They are unnecessary and unwarranted,” it said in a statement, adding the measures would send “an erroneous signal to protesters, which is not conducive to alleviating the situation in Hong Kong.”

The legislation, approved unanimously by the Senate – the US’s upper house – and by all but one member of the House of Representatives – the lower house – last week, requires Hong Kong’s special trade status with the US to be reviewed annually by the State Department, and also threatens sanctions for human rights violations.

“I signed these bills out of respect for President Xi, China, and the people of Hong Kong,” Trump said in a statement. “They are being enacted in the hope that Leaders and Representatives of China and Hong Kong will be able to amicably settle their differences leading to long term peace and prosperity for all.” 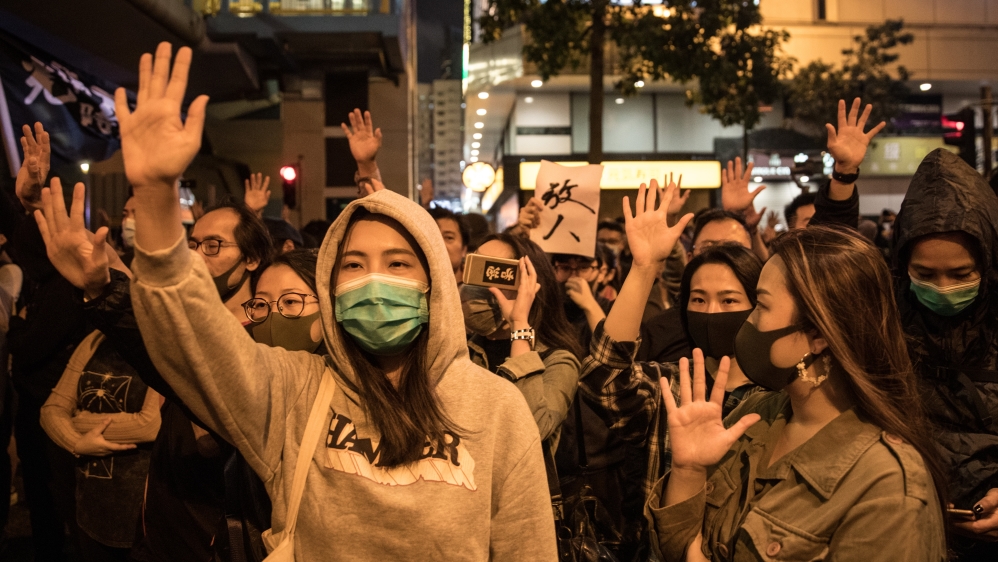 Protesters have been on the streets of the territory since June, angered first by a proposed extradition bill that would have allowed people to be sent to China for trial.

That bill has now been dropped, but the protests have evolved into wider calls for China to stand by commitments made to allow Hong Kong a “high degree of autonomy” when it regained sovereignty over the city in 1997.

That pledge, known as “one country, two systems”, was meant to last 50 years and is the basis of the self-governing Chinese territory’s special status under US law. Protesters say freedoms have steadily eroded.

In a statement issued on Thursday, the US embassy in Beijing called on China’s government to “honour its promises to the Hong Kong people”.

The US “believes that Hong Kong’s autonomy, its adherence to the rule of law, and its commitment to protecting civil liberties are key to preserving its special status under US law,” it said.

Trump had previously been vague about whether he would sign or veto the legislation while trying to strike a deal with China on trade that he has made a top priority in advance of his 2020 re-election bid.

After Congress passed the bill, Trump’s aides debated whether the president’s endorsement could undermine efforts to reach an interim deal, and most of them ultimately recommended the signing to show support for the protesters, a person familiar with the matter told the Reuters News Agency.

The decision was also influenced by the overwhelming majorities in the Senate and the House in favour of the legislation, which was widely seen as making the bills veto-proof, as well as the landslide victory in Hong Kong on Sunday of the pro-democracy camp, the person said, speaking on condition of anonymity.

In Washington, members of Congress applauded Trump’s decision to sign the bill.

“The US now has new and meaningful tools to deter further influence and interference from Beijing into Hong Kong’s internal affairs,” Republican Senator Marco Rubio said in a statement.

Many see the US legislation as symbolic, but the bills’ provisions have the potential, if implemented, to completely change relations between the US and Hong Kong and leave the territory treated in the same as any other Chinese city.

1/ I’m pleased that #PresidentTrump signed #HKHRDA as protestors fighting for the 6th month. This remarkable achievement would not be possible without the persistence and sacrifice of HK people.

Analysts say any move to end Hong Kong’s special treatment could prove self-defeating to the US, which has benefitted from the business-friendly conditions in the territory. If Hong Kong becomes just another Chinese port, companies that rely on the territory’s role as a middleman or for trans-shipping would take their business elsewhere.

That said, the bills contain strong waivers that would allow the president to block their provisions on grounds of national security or national interest.

According to the State Department, 85,000 US citizens were living in Hong Kong in 2018 and more than 1,300 US companies were operating there, including nearly every major US financial firm.

The territory is a major destination for US legal and accounting services. In 2018, the largest US bilateral trade-in-goods surplus was with Hong Kong at $31.1bn.

Trade between Hong Kong and the US was estimated to be worth $67.3bn in 2018, with the US running a $33.8bn surplus – its biggest with any country or territory, according to the Office of the US Trade Representative. 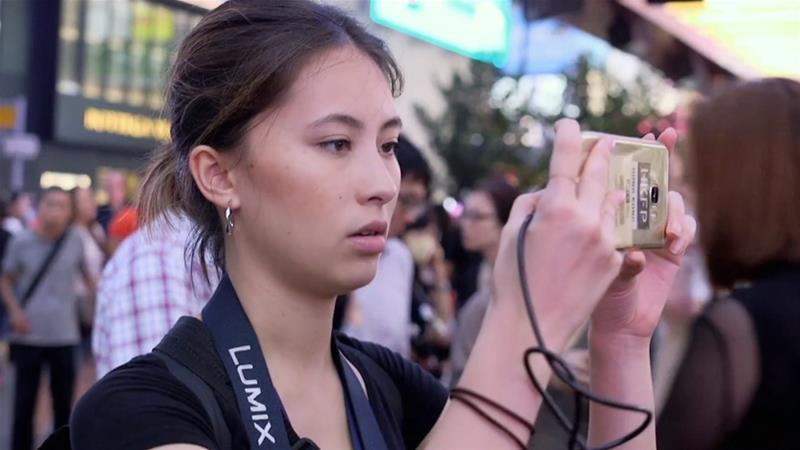 WHOSE TRUTH IS IT ANYWAY