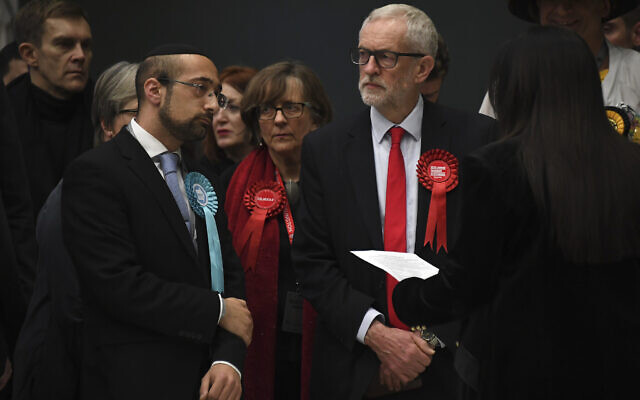 Labour leader attracted young supporters but wider public failed to warm to him over his refusal to take a position on Brexit, accusations of Jew hatred and sympathy for terrorists

LONDON (AFP) — Jeremy Corbyn had hoped to become the vanguard of a global socialist movement but will step down in humiliation after overseeing his party’s worst election defeat since 1935.

To his supporters, the 70-year-old offered a chance to deliver a radical leftist agenda, shaking up the economy and reversing a decade of Conservative public spending cuts.

His vision attracted droves of young supporters, celebrity backing and the endorsement of other figures of the global socialist movement, with high-profile US congresswoman Alexandria Ocasio-Cortez sending a supportive tweet on polling day.

But the wider public failed to warm to him, a situation made worse by his refusal to take a position on Brexit and accusations of anti-Semitism and sympathizing with terrorists. 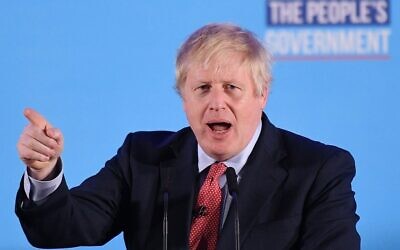 Britain’s Prime Minister and leader of the Conservative Party, Boris Johnson speaks during a campaign event to celebrate the result of the General Election, in central London on December 13, 2019 (Daniel Leal-Olivas / AFP)

One of the first results emphasized Labour’s woes, with the former safe seat of Blyth Valley in a one-time mining area in northeastern England voting Tory for the first time in its history.

As he announced he was stepping down as leader, Corbyn defended his “manifesto of hope” and maintained his proposals were “extremely popular” during the campaign. But his message was eclipsed by Brexit.

Critics from the center of Labour rounded on the leader, while the hashtag #Corbynout was quickly trending on social media.

“Essentially the election was a referendum on Corbyn,” said Andrew Adonis, who served as a minister under former Labour premier Tony Blair.

Bearded and teetotal, with a love of making jam and spotting manhole covers, Corbyn was a lifelong campaigner on socialist causes who spent many years happily on the fringes of the Labour party.

But he put himself forward for the Labour leadership in 2015 to ensure a left-wing voice was represented — and surprised everyone by winning, propelled to power thanks to grassroots support.

He commands cult-like adoration from young supporters in England’s larger urban centers, and in the 2017 election used this to huge effect. 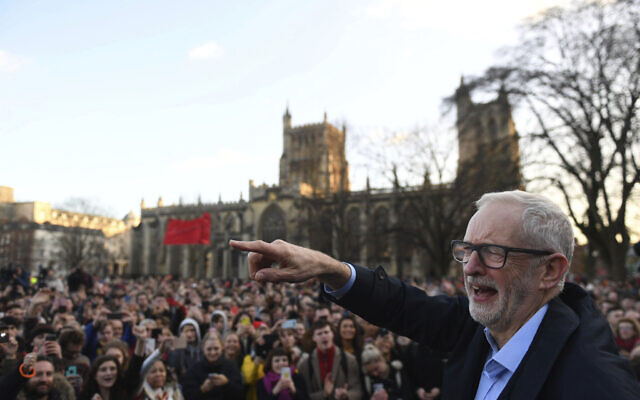 He held huge rallies around the country, and that year tens of thousands sang his name as he addressed the Glastonbury Festival.

But he lost some of his sheen for many pro-European youngsters with his ambivalent stance on Brexit, and the wider public were not convinced.

He went into this election as the most unpopular opposition leader to have contested a British vote.

Corbyn caused some trouble for Johnson by accusing the prime minister of plotting to sell off the National Health Service in a “toxic” post-Brexit trade deal with US President Donald Trump. 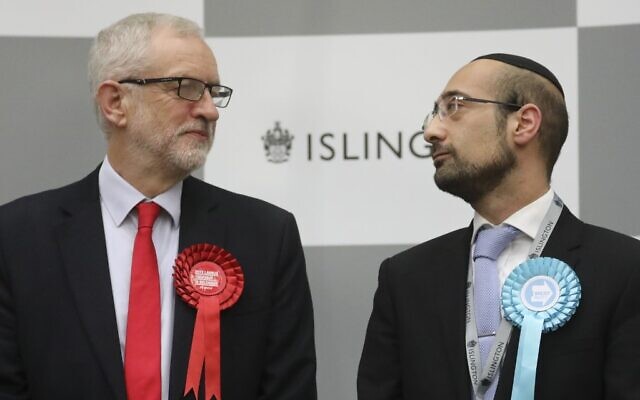 Britain’s opposition Labour Party leader Jeremy Corbyn (L) exchanges a glance with the Brexit Party candidate Yosef David (R) as they stand on the stage waiting for the result from the election race for the constituency of Islington North at the count center in Islington, north London, on December 13, 2019 (ISABEL INFANTES / AFP)

His warnings of the impact of years of austerity also helped shift the debate, with the Conservatives promising more money for public services.

But with Brexit, he was accused of an absence of leadership on the biggest issue of the day.

There had already been a rebellion over his leadership after the June 2016 referendum vote to leave the EU, over his lacklustre performance in Labour’s official campaign to stay in.

A lifelong eurosceptic, he later agreed to Labour’s policy to call for a second referendum but said he would stay neutral.

Corbyn comes from an impeccable socialist background — his parents met as activists in Britain during the Spanish Civil War.

But he admits as a student he was “not academically successful.” He worked for trade unions before being elected to the House of Commons in 1983.

The Conservatives accused Corbyn of offering only more uncertainty over Brexit and portrayed him as a desperate conspiracy theorist. 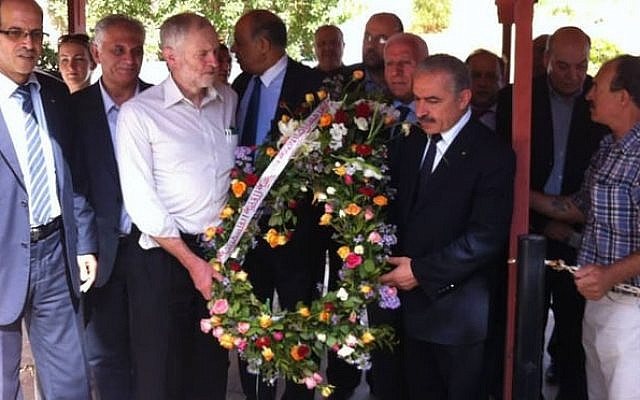 Jeremy Corbyn (second from left) holding a wreath during a visit to the Martyrs of Palestine, in Tunisia, in October 2014. (Facebook page of the Palestinian embassy in Tunisia)

They also warned he was a security risk, a view echoed by a member of his front bench.

Corbyn, who has a long history of opposing British and US military interventions, has also been accused of sympathizing with proscribed terrorist organisations — from the IRA to Hamas.

They also highlighted allegations of anti-Semitism flourishing in the Labour movement under his stewardship.

Britain’s most senior rabbi suggested anti-Semitism was a “new poison” within the party, which had been “sanctioned from the very top.”

Corbyn failed to dampen the row during a television interview with the BBC, side-stepping repeated chances to apologize to Britain’s Jewish community.

He can also be tetchy and evasive when challenged, such as in 2018 over whether he had laid a wreath for Palestinian terrorists four years previously.

The Arsenal football fan’s third wife is Laura Alvarez, who is 20 years his junior and runs a company importing coffee from her native Mexico.