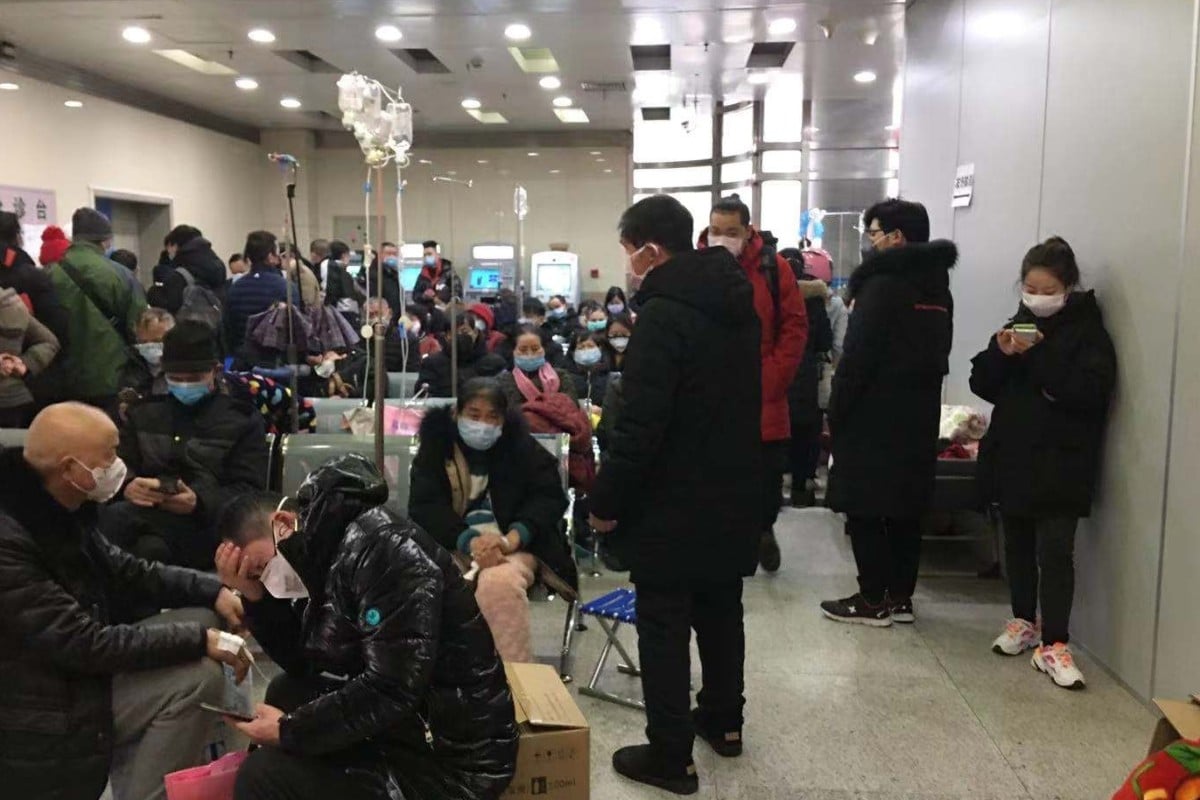 Tongji Hospital in Wuhan has been inundated with patients. Photo: Echo Xie
06Feb2020

On Wednesday, the World Health Organization reported the largest single-day increase in new coronavirus cases, announcing that it is seeking $675 million in funding to help the affected countries strengthen their capacities to prevent the spread of the disease.

In China, hospitals began turning away patients, only treating those exhibiting severe symptoms due to overcrowding and lack of sufficient resources.

In the US, two planes carrying hundreds of American ex-pats evacuating the city where the virus originated, Wuhan, landed in California. The virus has now killed 500 people across three countries, although most of the casualties occurred in China.

After more than a week of worry and multiple talks with doctors, a woman from Wuhan was relieved on Thursday when her uncle – a suspected coronavirus patient  was finally admitted to hospital.

Wang, who declined to give her full name, said her uncle began coughing on January 15. Five days later, he went to Tongji Hospital and after having a CAT scan was diagnosed with viral pneumonia, though the doctor said he could not be sure if it was the new coronavirus.

“They said it might be, but also might not be, but didn’t have any test kits to make sure,” Wang said. “They could only base the diagnosis on blood tests and the CAT scan.”

After being given some medicine, Wang’s uncle was sent home.

On Wednesday, he went to the Wuhan Red Cross Hospital in the hope of being properly tested for the new virus. But because he did not have a fever, he was told he would not be able to see a doctor.

On Thursday, he did have a fever, so his family called an ambulance, which took him to Hankou Hospital where he had another CAT scan and was admitted. The hospital said he had secured the last available bed.

Wang said she was relieved her uncle had been admitted to Hankou, as it is one of a dozen hospitals in the city designated to handle suspected and confirmed coronavirus cases.

But as the epidemic has developed, with the city on lockdown, hospitals are starting to run short of medical supplies and hospital workers are feeling the strain.

Local people are also becoming increasingly worried, with many taking to social media to air their concerns, fears and complaints about how the government is handling the crisis. Many are angry about not being admitted to hospital as suspected patients, while others have complained about not being told what to do or where to get treatment.

As of Friday night, the number of “official” confirmed cases on the Chinese mainland had passed 890, with 26 deaths. There had also been 20 confirmed cases elsewhere in the world.

A Wuhan doctor, who declined to give her name because she is not authorised to speak on the matter, said not all patients could be tested for the coronavirus.

“There’s not enough staff at the local Centre for Disease Control and Prevention,” she said. “They can’t test all the patients. Some people have begun to panic and want to do the tests immediately, but that’s impossible.”

Read More: Wuhan Coronavirus Hospitals Turn Away All but Most Severe Cases