At least 210 people in Iran have died as a result of the new coronavirus disease, sources in the country’s health system have told BBC Persian.

Most of the victims are from the capital, Tehran, and the city of Qom, where cases of Covid-19 first emerged.

The figure is six times higher than the official death toll of 34 given by the health ministry earlier on Friday.

Given the Iranian regime’s recent history of brazenly lying to the public despite its obvious culpability, we were certainly intrigued when a local lawmaker in Qom told reporters that at least 50 people had died from the coronavirus in his city alone.

Iranian authorities denied these reports, claiming the lawmaker had no way to prove whether certain individuals had died of the virus, or some other cause. 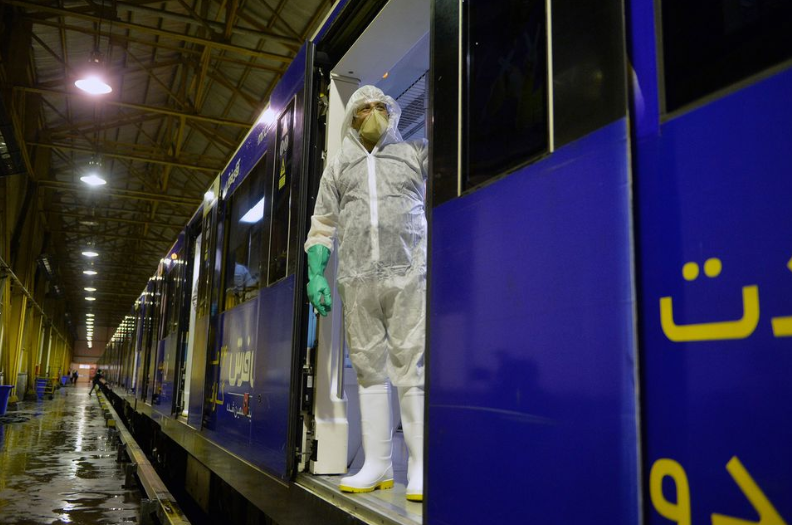 Then on Friday, they raised the death toll to 34, which is slightly more modest, if still atrocious by international standards.

Now, a team of journalists working for BBC Persia (which we didn’t realize was a thing until now) have reportedly confirmed at least 210 virus-linked deaths in Iran after canvassing workers at dozens of hospitals around the country.

We at #BBC have learned from our sources in hospitals across #Iran that the death toll due to #coronavirus is 210 so far. The official government number stands at 34. https://www.bbc.com/persian/iran-51676966 …

The story is written in Farsi, and Google’s “translate” function isn’t super helpful in converting the script. But judging by the quantity of text, the report appears to be relatively short and too the point.

The outbreak is the latest in a series of disasters that the regime has been battling since President Trump reimposed sanctions on its oil trade. These include, but are not limited to: Accidentally shooting down a Ukrainian passenger plane, and allowing some of its top government officials to be exposed and infected by the coronavirus.

The figure, as of Thu PM, is way above the official figure of 34. Iran has defended its response to the virus spread and denied it is withholding information.

Ministry spokesman Kianoush Jahanpour insisted it was being transparent and accused the BBC of spreading lies.

It comes after a member of parliament for Qom accused the authorities of a cover-up and the US expressed concern that they may not be sharing information.

“We have made offers to the Islamic Republic of Iran to help,” US Secretary of State Mike Pompeo told a congressional committee in Washington on Friday.

“Their healthcare infrastructure is not robust and, to date, their willingness to share information about what’s really going on inside… Iran has not been robust.”

“The claim to help Iran confront coronavirus by a country that has imposed expansive pressures on the Iranian nation through its economic terrorism and has even blocked the way for purchase of medical equipment and medicines is ridiculous and a political-psychological game,” he said.

Cities across Iran cancelled Friday prayers this week, an extremely rare occurrence which rarely, if ever, happens. As Iran’s neighbors close their doors to the burgeoning outbreak, some experts are estimating that the total number of cases in the country could be closer to 10,000, much higher than the fewer than 400 cases on the ‘official’ rolls.