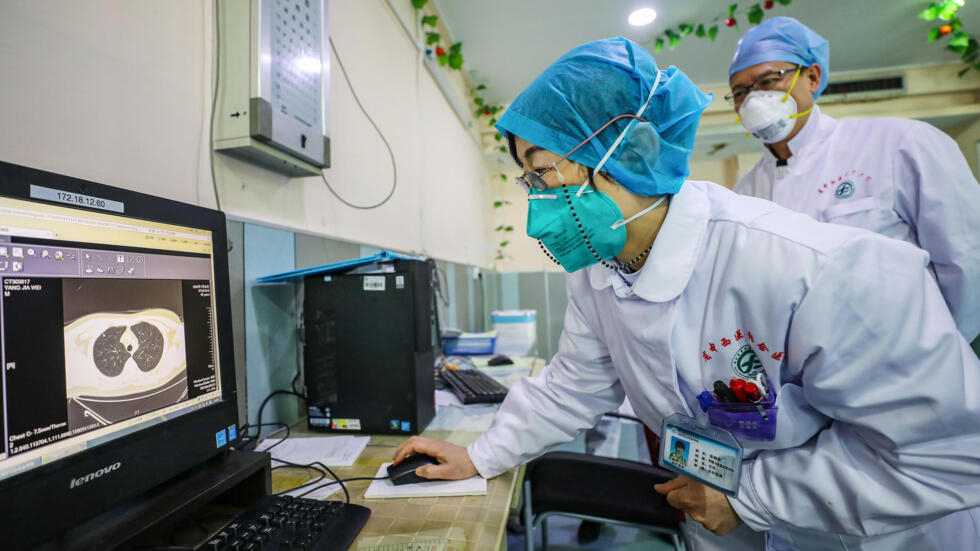 Latest coronavirus research by a team of researchers from Nankai University in Tianjin lead by Professor Ruan Jishou, a prominent virologists and genomicist have discovered that the new SARS-Cov-2 coronavirus that causes the Covid-19 disease has a mutated gene that is found in HIV virus. It is this unique feature that sets it aside from the rest of the known coronaviruses.

The study is published this week on Chinaxiv.org, a platform used by the Chinese Academy of Sciences to release scientific research papers before they have been peer-reviewed .

These findings have huge implications on the potency of the coronavirus and also what it can cause in humans, not just the Covid-19 disease.

Furthermore, the Covid-19 disease should never be compared to like the common cold or influenza virus as this new coronavirus is in a separate league of its own.

Though it has not been peer reviewed, two other studies including one in Europe has confirmed the findings.

The combined findings from the three studies indicates that because of the HIV-like mutations, its ability  to bind with human cells could be as much as 1,000 times more potent that the initial SARS virus of 2003.

The findings also indicate that the new SARS-CoV-2 has a ‘dual attack’ approach of binding to human cells.

The first is via the ACE2 receptors found on human cell membranes and it’s a typical mode of most coronaviruses. (The new SARS-CoV-2 coronavirus has a plus 80 percent genomic matching to the previous SARS virus, hence it explains this property that it possesses)

However it must be noted that the ACE2 protein does not occur in large quantities in healthy people, and this partly helped to limit the scale of the SARS outbreak of 2002/2003 which infected close to 8,000 people globally.

As the findings of the new study indicates that the new SARS-CoV-2 coronavirus has a  mutated gene similarly found on the HIV virus, it is also able to attack human cells via the target called furin, which is an enzyme that works  as a protein activator in the human body. Typically many proteins are inactive or dormant when they are produced and have to be “cut” at specific points to activate their various functions which furin does in the human cellular pathways.

Professor Ruan Jishou and his team at Nankai University in Tianjin discovered this new property of the SARS-CoV-2 when they were doing genome sequencing of the new coronavirus found a section of mutated genes that did not exist in the original SARS virus, but were similar to those found in HIV.

Professor Ruan Jishou told Thailand Medical News via a phone interview, “This finding suggests that 2019-nCoV coronavirus may be significantly different from the SARS coronavirus in the infection pathway and has the added potency of using the packing mechanisms of other viruses such as HIV.”

The findings of the study reveal that the mutation can generate a structure known as a cleavage site in the new coronavirus’ spike protein.

Typically, a virus uses the outreaching spike protein to hook on to the host cell, but normally this protein is inactive. The cleavage site structure’s role is to trick the human furin protein, so it will cut and activate the spike protein and cause a “direct fusion” of the viral and cellular membranes.

The result findings show that when compared to the initial SARs mode of entry, this binding method is more than a 1,000 times efficient.

Another research conducted also this month, by Professor Li Hua , another prominent virologist and genetic specialists, and his team from Huazhong University of Science and Technology in Wuhan, Hubei province, also confirmed Professor Ruan’s findings.

The study indicated that the HIV-like gene found on the new SARS-CoV-2 coronavirus was not detected on any of the other coronaviruses including the MERS, original SARS and even the Bat-CoVRaTG13, a bat coronavirus that was considered the original source of the new coronavirus with 96 per cent similarity in genes.

Professor Li told Thailand Medical News,” This is maybe why the SARS-CoV-2 is more infectious than the other known coronaviruses.”

A European a study by French scientist professor Dr Etienne Decroly at Aix-Marseille University in France, which was published in the scientific journal Antiviral Research , also found a “furin-like cleavage site” that is absent in similar coronaviruses,thus confirming the initial findings as well. (https://www.ncbi.nlm.nih.gov/pubmed/32057769)

The new findings is bringing scientists and researchers towards understanding how the new coronavirus behaves and how it makes us ill plus helps in developing treatment protocols. Experts’ perception of the new coronavirus has changed dramatically over the past few weeks.

The link to the furin enzyme could shed light on the coronavirus’ evolutionary history before it made the jump to humans. The mutation, which Professor Ruan’s team terms as an “unexpected insertion”, could come from many possible sources such as a coronavirus found in rats or even a species of avian flu.

Initially, the new coronavirus was not considered a major threat, with the Chinese Centres for Disease Control and Prevention saying there was no evidence off human-to-human transmission. But this was later invalidated. Then it was said that it was not airborne, this too has become invalidated. Also came expert claims that the virus only had a 14 day incubation period and that it could only survive on surfaces for a few hours, all this have become invalidated.

As of Saturday 29 February 2020 we have almost close 90,000 infected cases worldwide, almost 3,000 deaths and more than a million suspected cases in a time span of about 9 weeks since the coronavirus was first detected.

Thailand Medical has been carefully studying and monitoring reports on various genomic sequencing studies to monitor the mutations of the coronavirus and almost all are proving that while the coronavirus is evolving with certain codon changes(no genetic or genomic expert knows what is these significance of these minute codon changes taking place as it passes from human to human, but we can safely assume that the virus is learning and adapting smartly).

However no major mutations have taken place as in the case of most typical coronaviruses when they replicate and lead to their inefficiency and eventual demise as in the case of the original SARS, these new coronavirus is extremely stable in transmissions and replications and is in fact becoming more virulent, indicating we are dealing with a strain that is going to be with us for a longtime.

The fact that reinfections are emerging and that we still do not know what latent viral loads in the body can do to us in the short term, midterm or long term as we have only been exposed to the new virus in the last 9 weeks or so makes it even more frightening.

One virologist from UK who says he wanted to remain anonymous as he might be accused of causing panic or misinformation warned that the new coronavirus can be described in basic terms as a “slow airborne killer that will never let its victim off, even if it loses the battle the first time”,implying that even in those so called recovered , they might face reinfections or that the existing viral loads in the body will eventually cause some other new chronic disease.

For the latest coronavirus research developments, keep checking at : https://www.thailandmedical.news/articles/coronavirus

(Note: No part of this article may be reprinted, republished or quoted or extracted without giving due credit to Thailand Medical News. We also appreciate help from readers to help share our articles and site as we want more people to have access to all developments about the coronavirus which is being restricted by certain governments)