Fears of a Covid-19 outbreak in Africa have certainly been mounting throughout February, and we noted last week: “It’s Time To Stop Pretending That In All Of Africa There’s Only 3 Covid-19 Cases.”

The African continent has been plagued with locust swarms and rampant food shortages in the last several months, along with the threat that Chinese workers on Belt and Road Initiative (BRI) projects could cause an outbreak in Ethiopia or other African countries.

Our suspicions of a virus outbreak in Africa could’ve been confirmed on Friday when Nigerian health authorities declared the first case of Covid-19.

Now officials are saying they’ve reached out to nearly one hundred people who had contact with an Italian man who recently became the country’s first case.

The Federal Ministry of Health has confirmed a coronavirus(Covid-19) case in Lagos State Nigeria. The case which was confirmed on 27/02/2020 is the first case to be reported in Nigeria since the beginning of the outbreak in China in January 2020 @WHO @BBCWorld #CoronaVirusUpdates 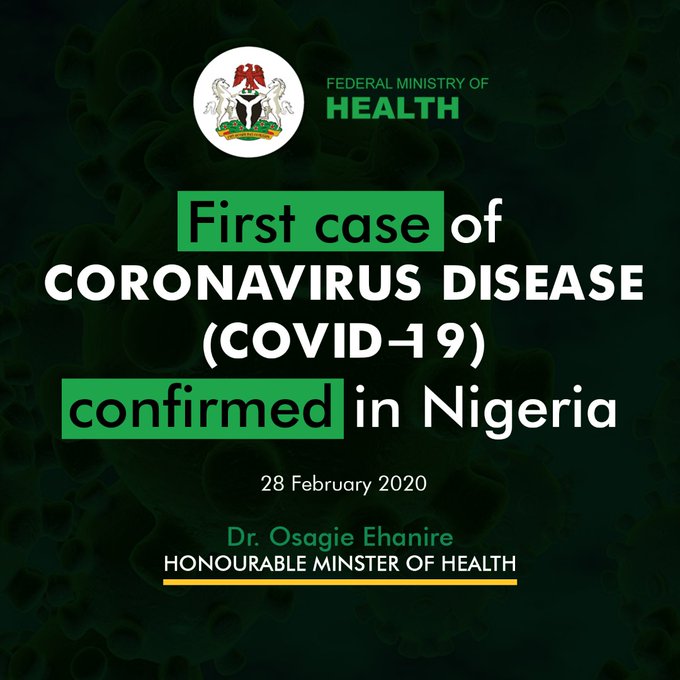 Reuters says the man arrived in Lagos, Nigeria, on February 24 from Milan, Italy, a country that has been hit hard by the virus.

Nigerian authorities have traced the man’s footsteps from the airport to his hotel to the country’s business district and asked everyone who came in contact with him to stay in isolation for 14 days while undergoing regular health inspections from officials.

Lagos State Health Commissioner Akin Abayomi told Reuters, “It is around 100 people, but that number is increasing every minute.” Abayomi said none of the people in isolation in Lagos had exhibited any symptoms yet.

The Italian man is being treated at a hospital in the Lagos district of Yaba. He is a vendor for Lafarge Africa Plc, a cement company located in the southwestern state of Ogun.

Lafarge Africa Plc stated on Sunday, that all operations were running smoothly, and the 39 people the Italian man came in contact with had been quarantined.

This is sub-Saharan Africa’s first confirmed case of the virus, with the continent’s third case. Bianco Research’s Jim Bianco said earlier last month that no outbreak had been reported in Africa because of the lack of test kits.

To date no infections on the continent of Africa have been reported. Why?

Only today, February 7, did anyone on the continent actually get a testing kits to look for infected people.

1. Today is a huge day for #Africa in the fight against the #coronavirus. More than half a billion people across 25 countries, will for the first time have access to #ncov2019 testing kits. We have compiled a list of the 25 countries from the @WHO map below… #coronavirusafrica 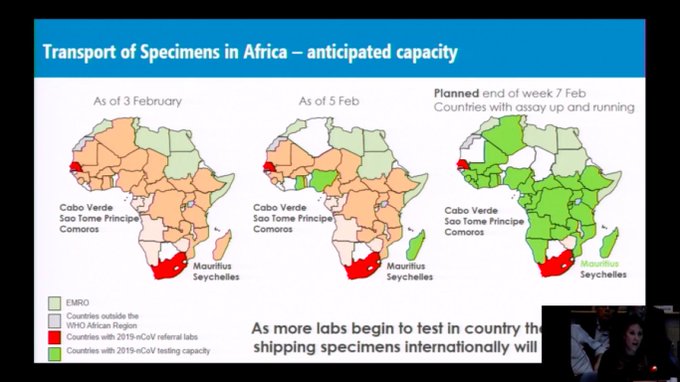 The situation in Africa is rapidly evolving, and events in the last several days could suggest that a further increase in cases will be seen in Nigeria in the days or weeks ahead.

This certainly doesn’t bode well for an entire continent that is ill-prepared to handle a major virus outbreak. Africa could be the next region, sort of like what’s happening in Europe at the moment, to get walloped by the virus.