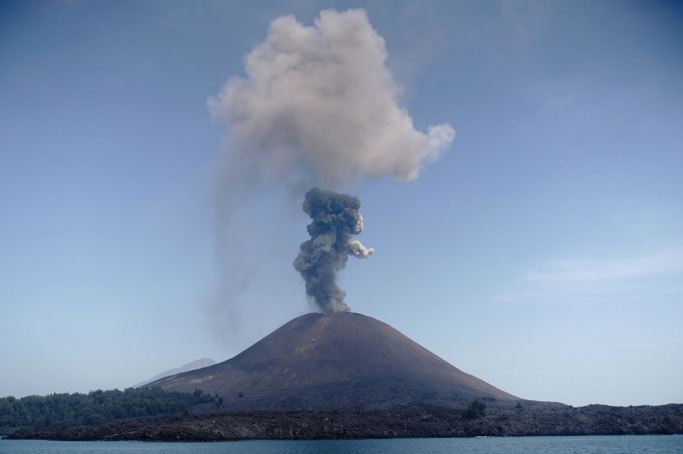 Friday night into Saturday morning, 15 volcanoes around the world had either ash expulsion, eruption, or the launch of incandescent material, including the Popocatépetl.

Here is the list of the volcanoes that showed activity:

Most of them expelled ash, but the strongest eruption was in Krakatoa, which launched an eruptive column up to 15 km high, generating a volcanic ray.

So far, risks to population have been ruled out. In 1883 the volcano erupted and killed nearly 40,000 people.

Given the fact that COVID-19 is presently a plague attacking the human race, gigantic swarms of locusts are a pestilence ravaging huge portions of entire countries from Africa to the Middle East,  earthquakes are taking place in areas where they generally do not, and now volcanoes all over the planet are erupting, I think it might be a good guess that something really big is going on.   Perhaps the kind of thing that makes folks maybe want to pay attention and get right with God.