Skip to content
Date: May 11, 2020Author: lance goodall 0 Comments
Israel’s Prime Minister Benjamin Netanyahu is calling for all children to be microchipped in the name of protecting public health.
Speaking at a press conference on Monday, Netanyahu suggested the Health Ministry use new technology to help Israel socially adapt ahead of lifting the coronavirus lockdown. “That is, technology that has not been used before and is allowed under the legislation we shall enact,” he clarified.“
I spoke with our heads of technology in order to find measures Israel is good at, such as sensors. For instance, every person, every kid – I want it on kids first – would have a sensor that would sound an alarm when you get too close, like the ones on cars,” Netanyahu said. 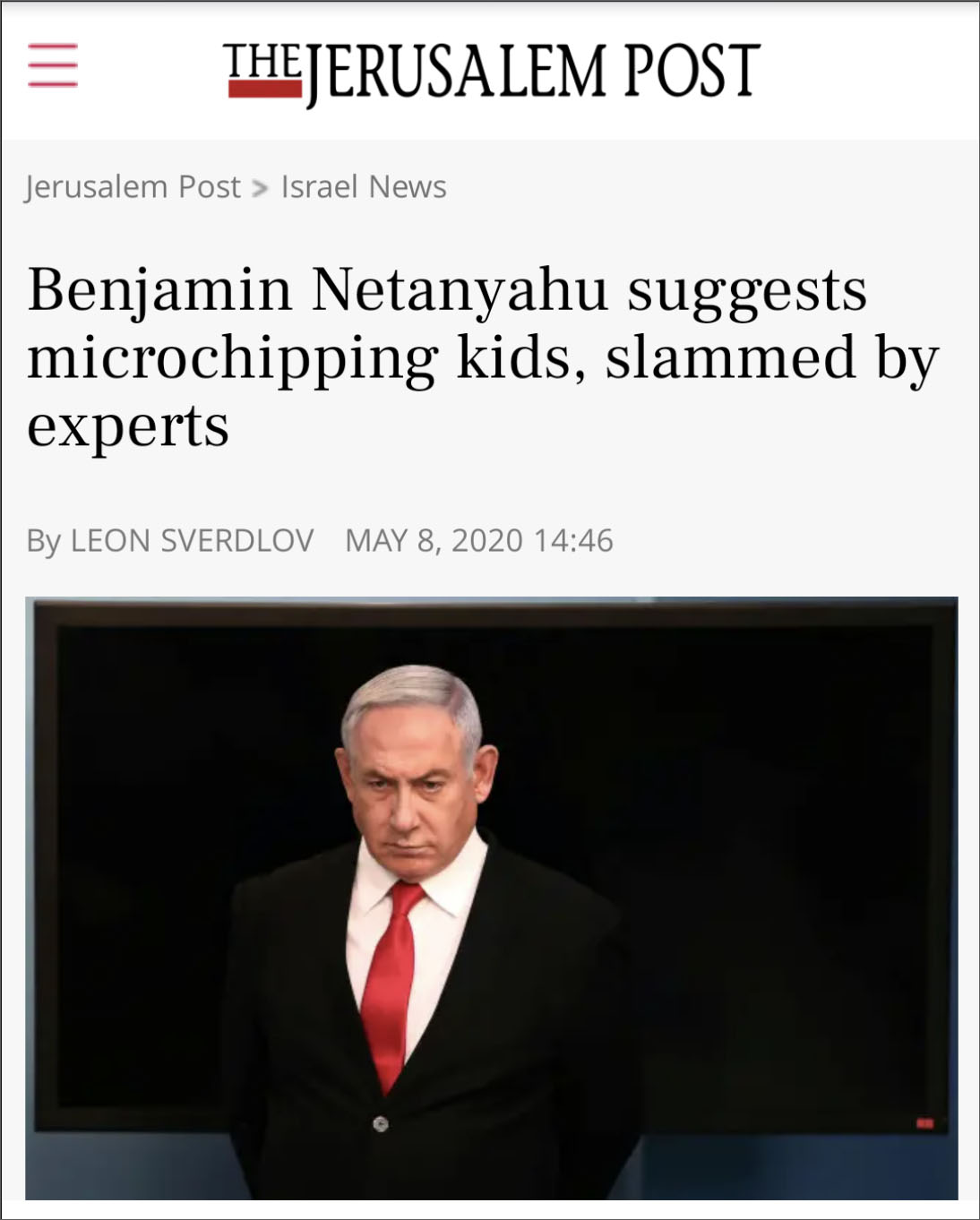 Hear that? Children are just like cars! So why can’t they be microchipped like cars?However, the prime minister received swift pushback from cybersecurity experts, with some claiming that using the implantable microchip technology to keep children socially distant is “fictional and dangerous.”

“It will be hard to do it to more than a million schoolchildren who return to their educational institutions in order to ensure one student sits at the distance of two meters from another. It is fictional and dangerous,” cyber resilience expert Einat Meron told Ynet.

“Theoretically, I get the idea behind it,” she said. “But although such distance-sensitive microchips exist in vehicles, it is different in humans.”

“A beeping sound telling me I got close to someone is not enough. Who says it will change anything? I would have gotten closer either way,” Meron added.

This comes after Bill Gates announced his plan to implement tracking bracelets and invisible tattoos for Americans to monitor their health.

Additionally, Microsoft filed patent #060606 in 2020, which details a technology that uses internal human body activity to mine cryptocurrency.

The dam that is the globalist dehumanization agenda is breaking, with all its advanced tracking and control systems already being rolled out.

In China, the communist regime uses a social credit system to control how its population makes purchases.

Here in the U.S., the same technology is being rolled out to control Americans, but in the name of medical security and public health.

And remember, this is in addition to Big Pharma’s plan to vaccinate over 1 billion people by next year.

Alex Jones exposes the patent filed by Bill Gates for a vaccine marked with a number sequence including the notorious “mark of the beast.”