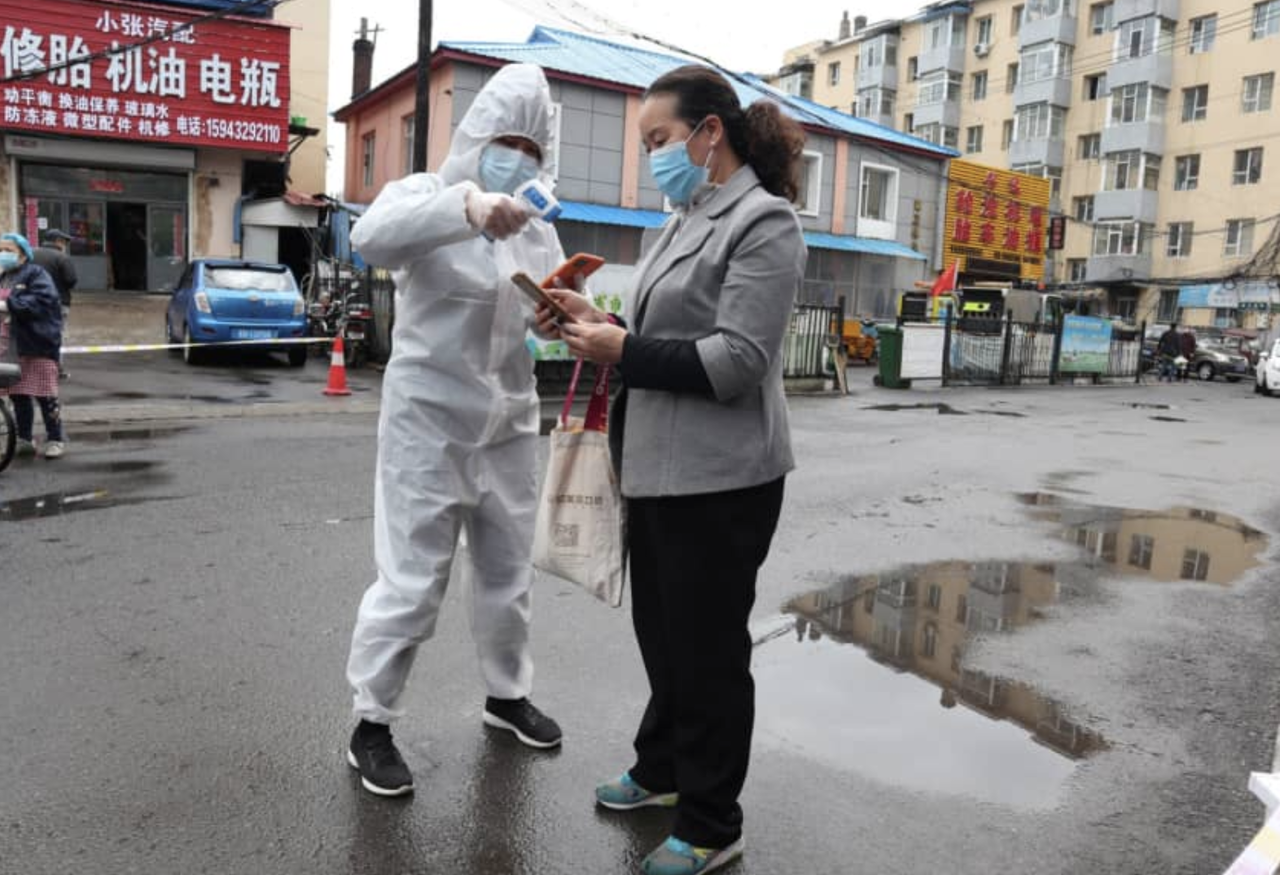 During the earliest days of the pandemic, when medical journals like The Lancet were publishing some of the first non-peer-reviewed studies about the virus by scientists and researchers in China, experts warned about mutations in various strains of the virus, though they insisted that there was still no evidence to suggest that the virus was evolving into something more dangerous and more infectious.

Since then, a flood of new research has been published, and scientists have discovered more discouraging signs of mutation in samples of the virus. And yet, medical experts including Dr. Anthony Fauci have seemed at times overly eager to dismiss these mutations, and claim – without evidence – that there was no reason to believe the virus was evolving and changing in a way that might complicate efforts to create a vaccine.

Which is why we’re highlighting this Bloomberg report from yesterday describing the latest findings from doctors and researchers in northeastern China who are seeing the coronavirus manifest differently among patients in this new cluster, suggesting that the virus may indeed by changing in unknown ways and complicating efforts to stamp it out.

It’s just one more reason why the notion of keeping economies partially closed until a vaccine is widely available is simply untenable: Someday, the “believe science” crowd will come to understand that projections like the model forecasting 3k deaths per day by June are just that – projections. And just like stock-market analysts, scientists aren’t great at predicting the future, because projections are never an ‘exact’ science. But for now, the most important thing to understand is that we really don’t have any idea how long it will take to develop this vaccine. The 18-24 months projection parroted by Dr. Fauci and many experts is based on little more than a hope and a prayer based on their experience with other viruses. Other notable differences between SARS and SARS-CoV-2 have already been identified: why not this too?

The two biggest differences doctors have noted after studying the 46 cases of the virus confirmed over the past weeks are that patients take longer to show symptoms, and are taking longer to recover.

Patients found in the northern provinces of Jilin and Heilongjiang appear to carry the virus for a longer period of time and take longer to test negative, Qiu Haibo, one of China’s top critical care doctors, told state television on Tuesday.

Patients in the northeast also appear to be taking longer than the one to two weeks observed in Wuhan to develop symptoms after infection, and this delayed onset is making it harder for authorities to catch cases before they spread, said Qiu, who is now in the northern region treating patients.

“The longer period during which infected patients show no symptoms has created clusters of family infections,” said Qiu, who was earlier sent to Wuhan to help in the original outbreak. Some 46 cases have been reported over the past two weeks spread across three cities – Shulan, Jilin city and Shengyang – in two provinces, a resurgence of infection that sparked renewed lockdown measures over a region of 100 million people.

Furthermore, doctors are noticing that patients in the northeast are suffering damage to their lungs, while in Wuhan, patients exhibited damage in their kidneys, hearts and across their internal organs.

Qiu said that doctors have also noticed patients in the northeast cluster seem to have damage mostly in their lungs, whereas patients in Wuhan suffered multi-organ damage across the heart, kidney and gut.

To be sure, it’s unclear whether these differences are the result of mutations in the virus’s genetic code, or are simply a result of the relatively small cluster of patients, and the fact that doctors are monitoring these patients much more closely than they monitored most patients in Wuhan.

Scientists still do not fully understand if the virus is changing in significant ways and the differences Chinese doctors are seeing could be due to the fact that they’re able to observe patients more thoroughly and from an earlier stage than in Wuhan. When the outbreak first exploded in the central Chinese city, the local health-care system was so overwhelmed that only the most serious cases were being treated. The northeast cluster is also far smaller than Hubei’s outbreak, which ultimately sickened over 68,000 people.

Still, the findings suggest that the remaining uncertainty over how the virus manifests will hinder governments’ efforts to curb its spread and re-open their battered economies. China has one of the most comprehensive virus detection and testing regimes globally and yet is still struggling to contain its new cluster.

Researchers worldwide are trying to ascertain if the virus is mutating in a significant way to become more contagious as it races through the human population, but early research suggesting this possibility has been criticized for being overblown.

“In theory, some changes in the genetic structure can lead to changes in the virus structure or how the virus behaves,” said Keiji Fukuda, director and clinical professor at the University of Hong Kong’s School of Public Health. “However, many mutations lead to no discernible changes at all.”

It’s likely that the observations in China don’t have a simple correlation with a mutation and “very clear evidence” is needed before concluding that the virus is mutating, he said.

It’s just the latest reminder that so much about this virus remains unknown or poorly understood, and that projections are just that – educated guesswork. Just like the NYT’s 3k deaths per day projection has already been exposed as wildly off-course.

And projections for vaccine development are based on equally flimsy evidence.