The report cites the following via a reputable open-source satellite imagery analyst:

According to a few satellite images published by a local Indian news publication, the Chinese troops have commenced the expansion of its airbase, 200 km from Pangong Lake, in Ladakh. The images, also showing Ngari Gunsa airport in Tibet, originated from open-source intelligence expert @detresfa_, an analyst with ShadowBreak Intl. 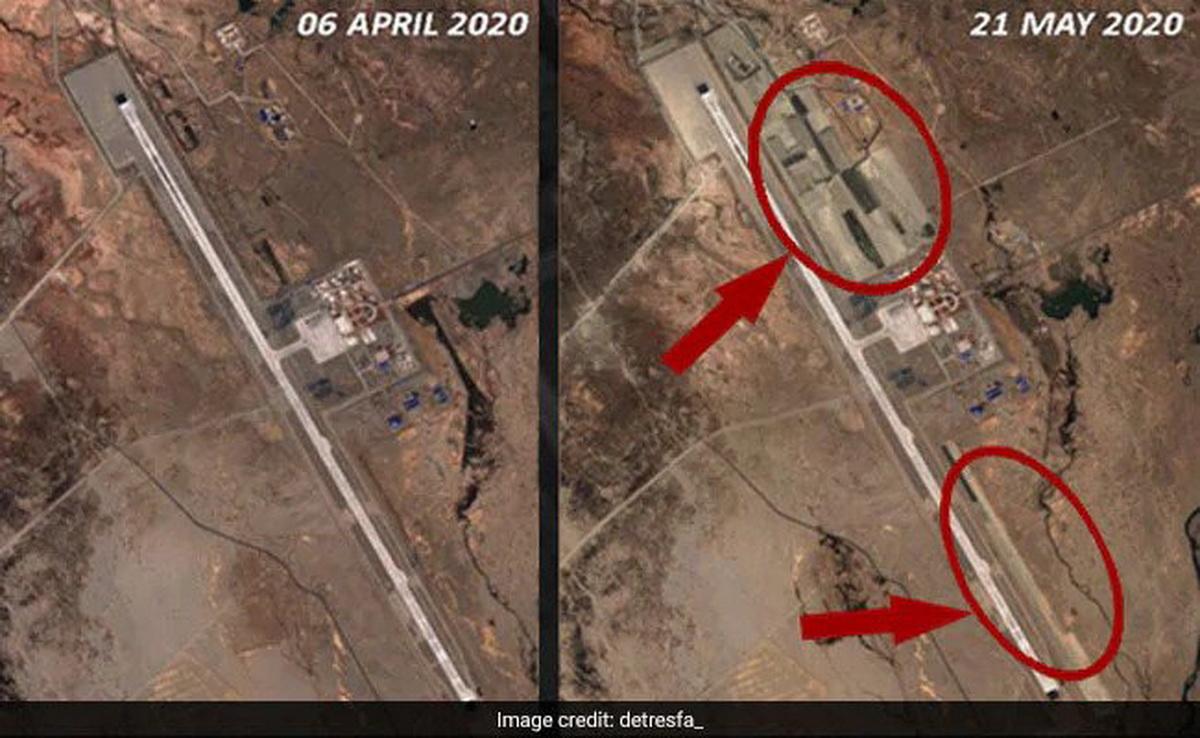 “The first image shows how the territory originally looked. However, the second image clearly shows massive construction activity going on in the territory.”

According to the report, this suggests a significant and rapid Chinese military build-up in the past months along the contested border region amid what Indian media has widely reported since this weekend to be PLA forces digging into fortified positions.

Importantly, the strategic base is a mere 200km away from Pangong lake, where recent skirmishes between Chinese and Indian border patrols took place on May 5th-6th.

The Insider Paper report continues, based on satellite analysis: “The expansion has included something that looks more like a secondary tarmac to combat aircraft or taxi-track. Also, the third image shows a line-up of four fighter jets. They are either J-11 or J-16 fighters of the Chinese PLA Air Force.” 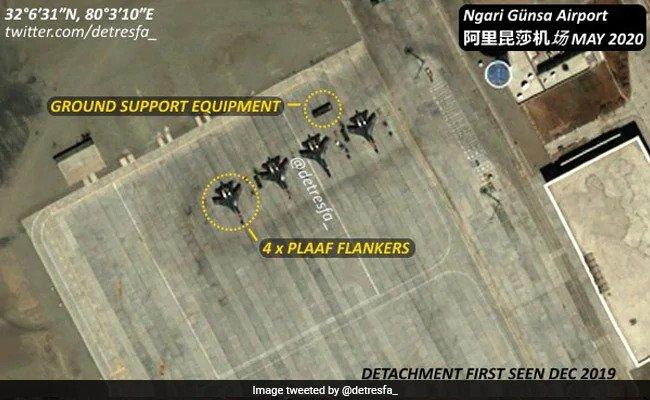 The high altitude airport in Tibet, among the highest in the world, is a dual-use military and civil airport which appears to have undergone major expansion during the same period of increased border skirmishes with Indian troops.

Over the past weekend Indian media began reporting that thousands of PLA troops have now moved into Ladakh’s disputed Galwan river area, and at multiple locations in eastern Ladakh.

Sporadic but fierce clashes have occurred going back to the 1960’s along the shared but pretty much completely unmarked 2,100 mile border, which often involves literal fist-fights among opposing troops and border patrol guards.

The satellite images appear to confirm Chinese troop movements along and inside of the Line of Actual Control in Ladakh:

And The Guardian also said on Wednesday: “Thousands of Chinese People’s Liberation (PLA) troops are reported to have moved into sensitive areas along the eastern Ladokh border, setting up tents and stationing vehicles and heavy machinery in what India considers to be its territory.”

The escalating crisis has grabbed the White House’s attention, with President Trump issuing a surprise tweet early Wednesday which said: “We have informed both India and China that the United States is ready, willing and able to mediate or arbitrate their now raging border dispute.” 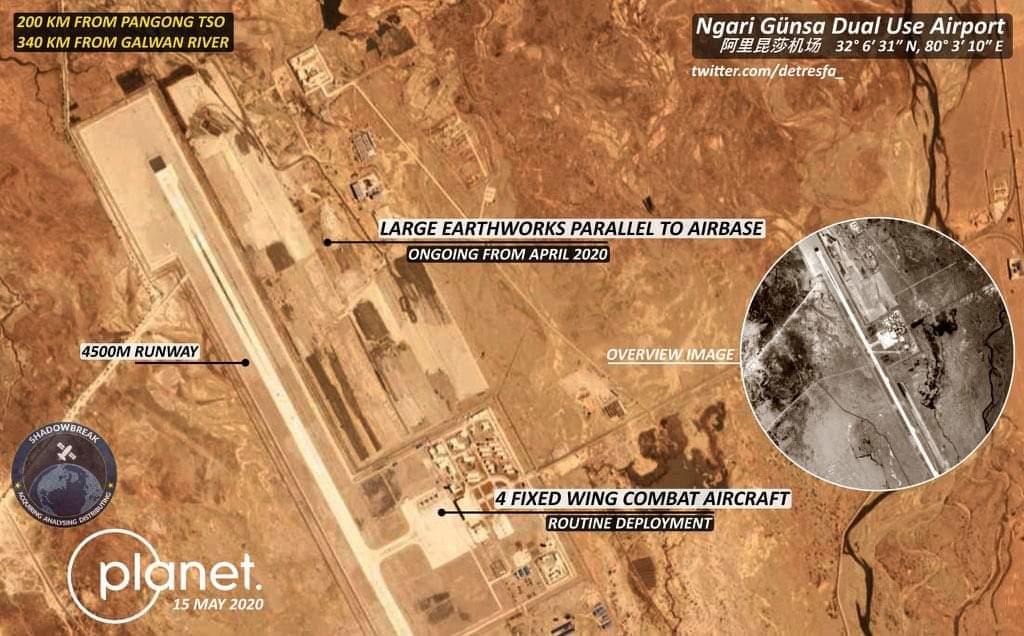