The Washington-Beijing tit-for-tat is growing on a number of fronts, but has the potential for direct conflict in the South China Sea, where both countries are busy flexing, also on the heels of accusations and counter charges over the COVID-19 pandemic’s origins and cover-up.

Specifically the Arleigh Burke-class guided missile destroyer sailed near the Paracel Islands in a contested area of the South China Sea. 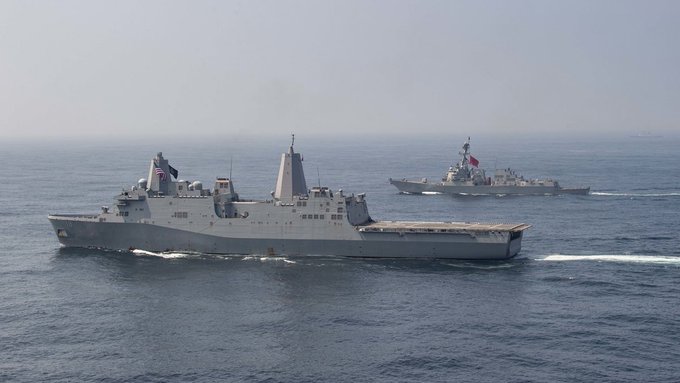 US Troops In South Korea Go Into Self Quarantine

US Military On Coronavirus Spread: No Troops Will Travel To Italy, South Korea

The Air Force Tests To See If Personnel Can Handle Cyberattacks

As the Fox correspondent further reports, the US Navy has dispatched a pair of additional warships to the East China Sea, namely USS New Orleans out of Japan and the guided-missile destroyer Rafael Peralta, the latter also based in the Western Pacific region as part of the Theodore Roosevelt carrier strike group.

It goes without saying that US-China relations have reached their lowest point in decades, with a former Trump administration trade official recently warning the spike in tensions brought on by the corona-crisis on the heels of the trade war has marked “the start of a new Cold War”.

This has been demonstrated especially with the Pentagon’s significant ramping up of B-1 bomber flyovers of contested waters near China over the past weeks.

Two days before U.S. Navy warship sailed by contested islands in South China Sea, U.S. B-1 bombers flew over same area from Guam while a separate pair flew to Sea of Japan for training with 16 Japanese fighter jets 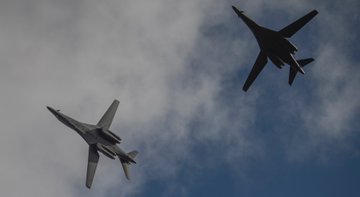 74 people are talking about this

Citing military sources to assert it’s part of a long recent history of US violations of Chinese sovereignty, GT stated further, “The PLA Southern Theater Command organized naval and aerial forces to follow the US guided missile destroyer USS Mustin when it illegally trespassed into China’s territorial waters off the Xisha Islands on Thursday without authorization from the Chinese government, said Senior Colonel Li Huamin, a spokesperson of the PLA Southern Theater Command, on Tuesday.”

The PLA sources said they followed and monitored the ship’s course before ultimately driving it out of Chinese-claimed waters.

Chinese PLA on Thursday sent forces and expelled US destroyer USS Mustin when it trespassed into China’s territorial waters off the Xisha Islands. The US is the source that sabotages peace and stability in the #SouthChinaSea: spokesperson https://bit.ly/3dbiYOC 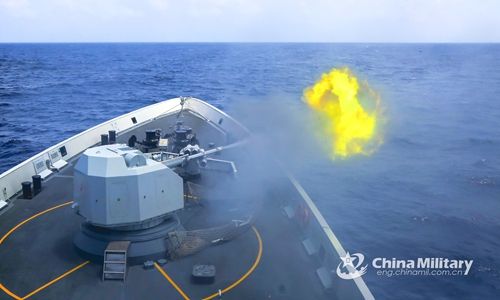 52 people are talking about this

Of course the US Navy saw things very differently:

“On May 28 (local time), USS Mustin (DDG 89) asserted navigational rights and freedoms in the Paracel Islands, consistent with international law,” Lt. Anthony Junco, a spokesperson for the US Navy’s 7th Fleet, said in a statement.

“By conducting this operation, the United States demonstrated that these waters are beyond what China can lawfully claim as its territorial sea,” the statement added.

In the past two months there’s been a very noticeable and dangerous uptick in both American battleships entering contested waters near China’s coast and around Taiwan, as well as long-range bomber activity essentially right on the Communist country’s doorstep.

Though the trade war and more recent coronavirus blame-game remains but heated rhetoric with occasional mutual expelling of foreign journalists and students, the potential for a direct military ‘incident’ or ‘accident’ in the region could be a concrete outlet for boiling tensions and combustible mix leading to violent regional conflict.

From Our Partners
WH Press Sec Kayleigh to Reporters: Do You Want To Take It Back?
The moon disappeared in the year 1110, and now we may know why
Two Gators Battle In 18th Fairway Of S.C. Course
Show 418 Comments

Don’t have time to read every single post on ZeroHedge?