Argentina is being invaded by a locust plague of biblical proportions, devouring everything on its path.

The biblical swarm of more than 40 millions of locusts has crossed from neighbouring Paraguay and is currently sweeping through the northern region of Argentina.

The short-horned grasshoppers have affected farms in the commune of Lanteri located in the northern Argentine province of Santa Fe after crossing from neighbouring Paraguay.

Videos taken by local residents show the terrifying scene as the insects completely block out the driver’s view on the road. 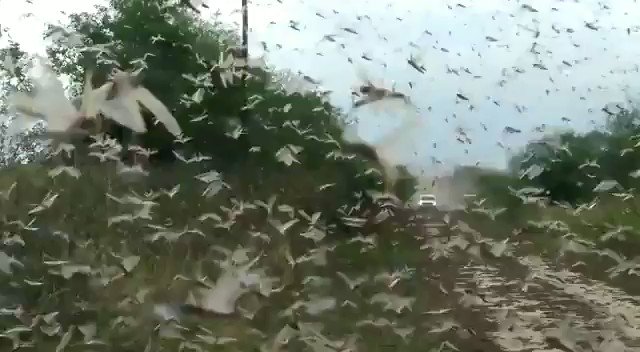 48 people are talking about this

Motorists had to drive carefully as thousands of locusts flew past at a low altitude, hitting their windscreens.

Another clip captures the locusts sweeping through the regions in northern Argentina. 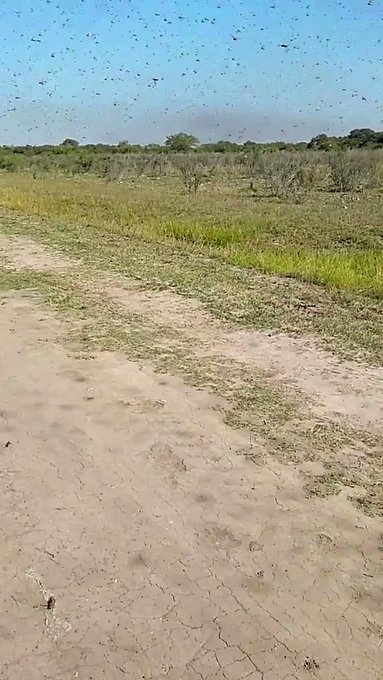 23 people are talking about this

Lanteri community president Pipo Garcia told local media that the swarm is “astonishing” and that he has never seen anything like it.

The swarms have passed through the Argentine provinces of Chaco and Formosa after crossing from Paraguay, according to reports.

The National Service of Agri-Food Health and Quality (SENASA) said the swarm was passing through the province of Chaco on Tuesday.

SENASA and several witnesses posted videos of the swarm of locusts on social media showing them filling the air over fields and roads in the region.

According to local media, they belong to a species of locust in the subfamily Cyrtacanthacridinae (Schistocerca cancellata) which have an insatiable appetite for crops of wheat, corn and oats used for cattle, but are different from the desert locust currently devastating Africa and SW Asia. 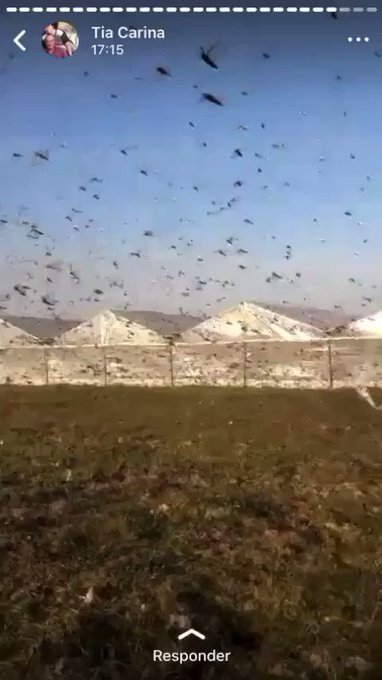 On Wednesday morning, the locusts reportedly passed through the municipalities of Villa Ocampo and Villa Guillermina in Santa Fe, travelling at around 100 kilometres (62 miles) a day. 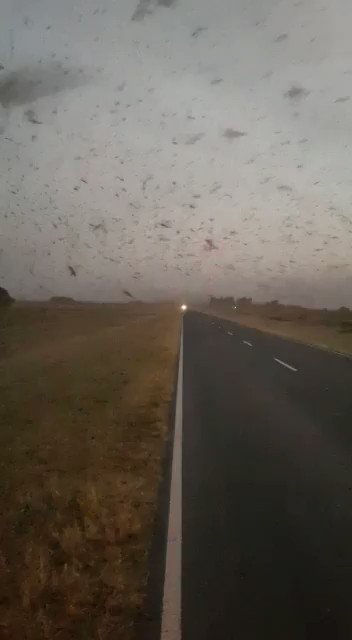 28 people are talking about this

SENASA said this swarm is capable of devouring the same amount of crops as 2,500 people per day.

Last month, the National Service of Vegetal Health of Paraguay informed SENASA about the presence of locusts on its border with Argentina. 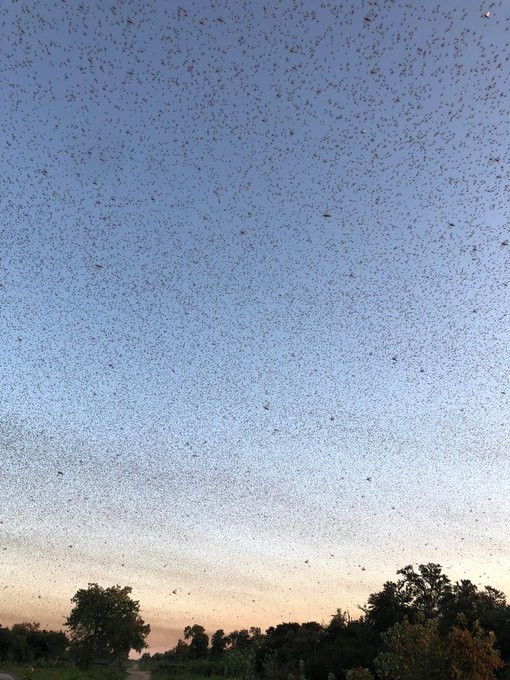 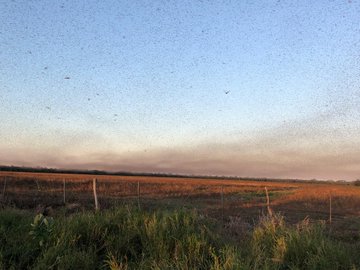 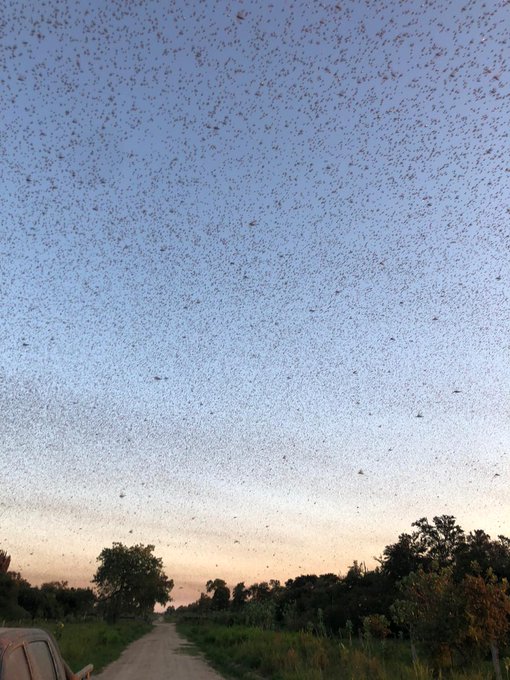 169 people are talking about this

Meanwhile, Africa is facing a probable third wave of locust invasion in 6 months:

It’s clear that a famine is ahead… At least in those countries: