Four months from freedom? as PM Scott Morrison signs a landmark deal to buy Oxford University jab as soon as it is approved

Australia could have a coronavirus vaccine by the end of this year after Scott Morrison signed a landmark deal to buy one being developed at Oxford University.

All 25 million Australians will be able to get injected for free just weeks after the vaccine is approved, which is expected to be late this year or early next year.

The vaccine, licensed by UK drug firm AstraZeneca, is in phase three trails on thousands of people in the UK, Brazil and South Africa. 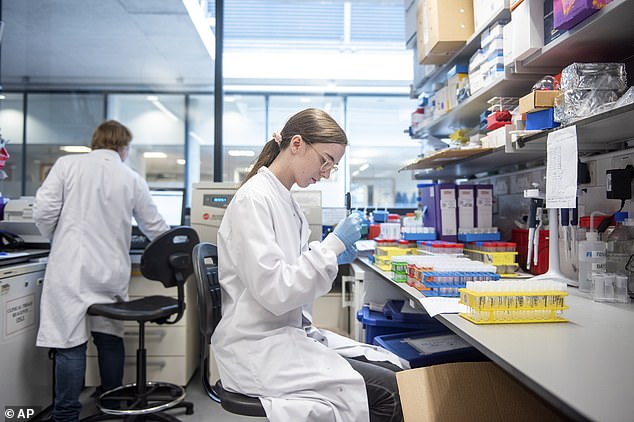 Coming soon: A scientist works on the potential vaccine at the Jenner Institute in Oxford

Earlier trials found it generated a strong immune response and a four-fold increase in antibodies against coronavirus in 95 per cent of participants.

The federal government has signed a so-called ‘Letter of Intent’ with AstraZeneca in which the firm agrees to hand the vaccine over to Australia as soon as it is approved.

Australia will then make millions of doses on home soil and distribute them across the country.

The government is in talks with the nation’s biggest health company, CSL, to make sure enough doses can be made as fast as possible.

AstraZeneca has already agreed to share the vaccine with the UK, the European Union and international organisations including the Coalition for Epidemic Preparedness Innovations and Gavi, the Vaccine Alliance.

Australia will later sign a final formal agreement with the company, which will include details about the distribution, timing and price of the vaccine.

Scott Morrison said: ‘The Oxford vaccine is one of the most advanced and promising in world, and under this deal we have secured early access for every Australian. 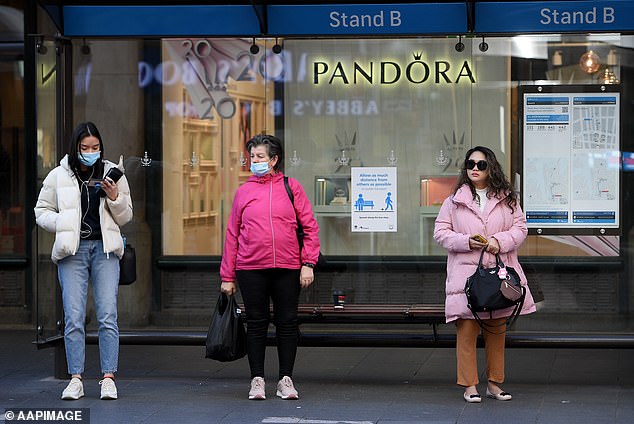 All 25 million Australians will be able to get injected for free just weeks after the vaccine is approved, which is expected to be late this year or early next year.

‘If this vaccine proves successful we will manufacture and supply vaccines straight away under our own steam and make it free for 25 million Australians.’

The government is also negotiating to buy vaccines from other developers if the Oxford vaccine does not work out.

Mr Morrison said: ‘There is no guarantee that this, or any other, vaccine will be successful, which is why we are continuing our discussions with many parties around the world while backing our own researches at the same time to find a vaccine.’

Australia is expected to spend billions of dollars on researching, buying and producing a vaccine.

Before the announcement of the deal, Labor’s health spokesman Chris Bowen slammed the government for taking too long to sign an agreement.

‘I am concerned Australia is way behind the game when it comes to getting access to the vaccine,’ he said on Tuesday afternoon.

‘It is incumbent on the government to take more steps – urgently – to ensure that we have those advanced supply agreements in place.’

The United States has six advance supply agreements, the UK has five, Japan and Indian have three, Indonesia, Argentina, Brazil and South Korea have one. 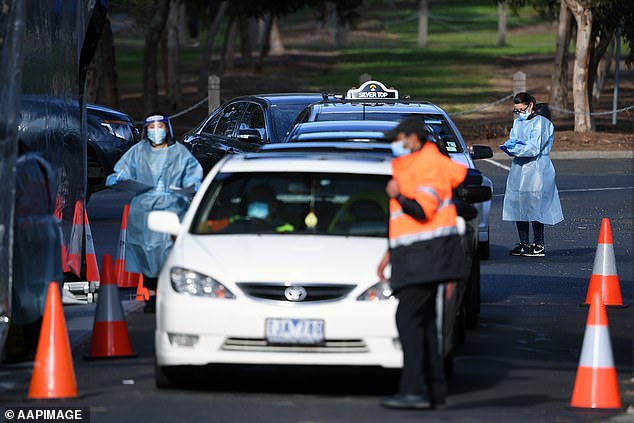 Australia could have a vaccine this year after huge deal

Excuse my ignorance, but are we close to a vaccine or not? The idea that we have the Oxford University making great strides to alleviate the dangers of the virus, and then in the end it may not work?

Then we are back to square one, perhaps running off to the Americans, or dabble in the Putin experiment.