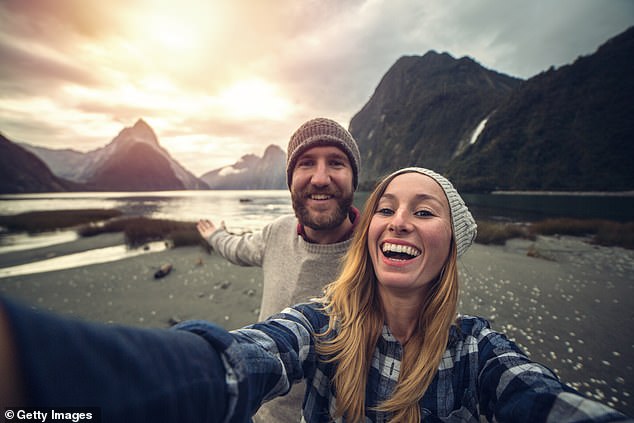 Plans of a Trans-Tasman travel bubble with New Zealand are back on with flights set to take off within weeks.

Travellers could be allowed to fly in from New Zealand into New South Wales without quarantining as early as November.

It’s understood the federal government will initially only allow New Zealand residents to fly in.

NSW residents will then be allowed to travel across the Tasman by Christmas, The Sunday Telegraph reported. 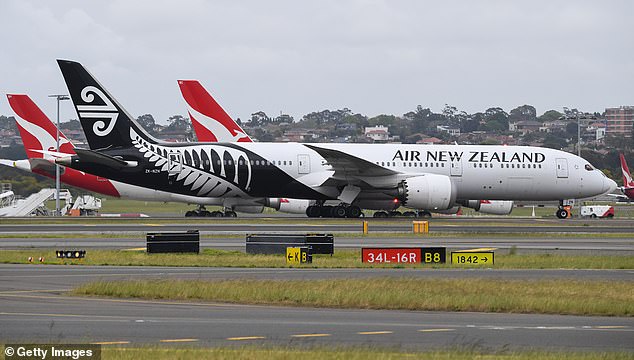 Flights could resume between New South Wales and New Zealand within weeks. Pictured is a Air New Zealand plane grounded in Sydney

‘It would be fair to say that on both sides of the Tasman, work has been progressing at pace to make sure that when the health requirements are right, we are ready to go,’ she told the publication.

‘It would be a mistake to think that because there’s been a bit of a hiccup on their side and our side that work stopped — it hasn’t.’

NSW treasurer Dominic Perrottet added: ‘NSW is home to Australia’s only truly global city, and its economy is the engine room for the nation, so there’s no doubt our state should be a part of any trans-Tasman bubble.’

NSW is now allowed to take an additional 500 returned travellers a week in relaxed restrictions introduced on Sunday as the state recorded zero new coronavirus cases for the first time in four months. 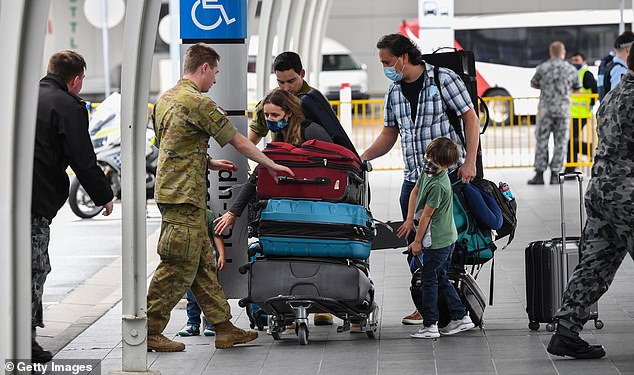 New Zealand residents flying into NSW could be the first to enter Australia without the need to quarantine. Pictured are passengers at Sydney International Airport on September 18 after flying in from Auckland

The news comes as federal tourism minister Simon Birmingham expressed his hopes for a travel bubble between Australia and New Zealand to open up before the end of the year.

But he says ‘first and foremost’ Australian states must open up to one another as great progress is being made.

Senator Birmingham said opening up an international border with New Zealand would be a ‘great step’.

‘We’re making sure we have all the work done, all the preparations there so that we can safely achieve that bubble with New Zealand,’ the minster told ABC News Weekend Breakfast.

‘It’s up to them as to whether they choose to open up to Australia, but we’re certainly making sure that we’re prepared and I’m hopeful that could be this year.’ 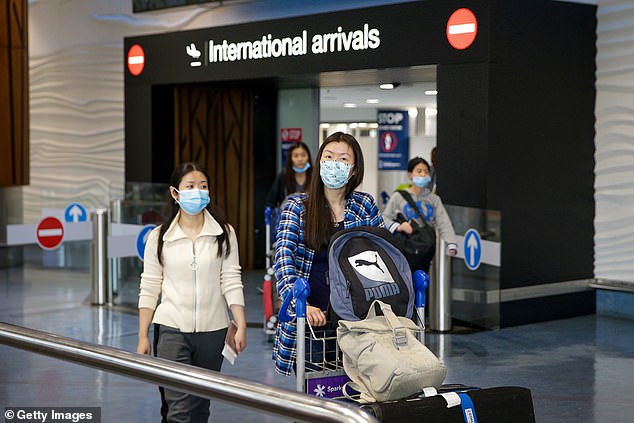 There are hopes flights could take off between flights between Sydney and Auckland by November. Pictured are international travellers arriving at Auckland Airport

New Zealand deputy prime minister and foreign minister Winston Peters is also optimistic of a travel bubble with some Australian states before Christmas.

‘We’re going as hard as we possibly can and it depends still on Australia and the assurance that the protocols are sound enough but I think it’s honestly, sooner rather than later now,’ he told RNZ.

‘It’s the Victorian situation that’s our greatest concern but I think we can be certain that, whereas some were saying by Christmas, we should be able to do it much sooner than that.’

Just a week ago, Air New Zealand boss Greg Foran ruled out a quarantine-free trans-Tasman travel bubble between Australia and New Zealand until at least March 2021.

‘I certainly do not believe we will see anything across the Tasman this calendar year. It’s hard to believe it would be before March next year and could well be longer. If it comes back quicker, we’re going to pop some champagne,’ Mr Foran told the Sydney Morning Herald last week.

A Trans-Tasman bubble allowing unrestricted travel between Australia and New Zealand was initially planned to be up and running by this month.

But New Zealand Prime Minister Jacinda Ardern put it on hold as Victoria struggled with its second horror wave of infections, and clusters emerged in NSW and Auckland.

‘Obviously this is going to be some time away now,’ she told Radio NZ at the time.

‘Anywhere where we have COVID-free travel they have to be free of community transmission for a period of time – that will be some time for Australia.’ 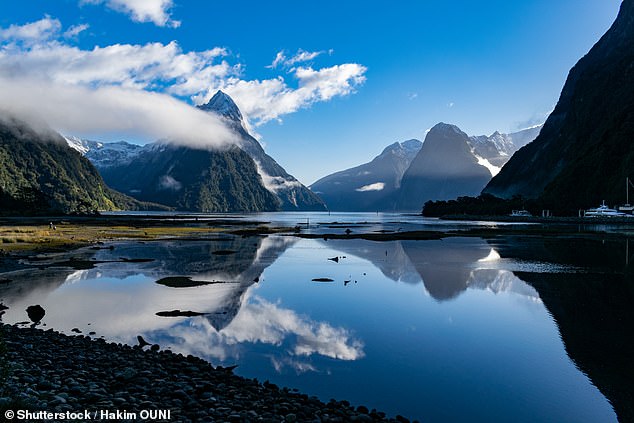