Israel on Wednesday evening approved coronavirus vaccines for children — but experts say that a long struggle lies ahead to convince parents to accept them.

According to the decision, which follows the lead of the United States, Israeli children aged 5 to 11 will soon be eligible for child-size doses of the Pfizer coronavirus vaccine. The first shipments of the specialized vaccines are expected to arrive in Israel next week, according to Hebrew media reports.

The decision was announced at a Health Ministry press conference, after 73 out of the 75 medical experts on a government panel voted in favor of the move in a secret ballot.

“It’s a very important decision for a very safe vaccine,” epidemiologist Prof. Nadav Davidovitch told The Times of Israel shortly after the decision.

“We actually expect even lower levels of side effects, among other things due to lower dose and Pfizer study results, than seen among teenagers, so if we compare the alternative of natural infection we’re feeling quite confident about vaccines for kids.”Get The Times of Israel’s Daily Editionby email and never miss our top storiesNewsletter email addressGET ITBy signing up, you agree to the terms

Davidovitch — a doctors’ union chief, adviser to Israel’s coronavirus czar, and professor at Ben Gurion University — predicted that the parents of just over 50 percent of kids will quickly agree to vaccinate, but many of the rest will hesitate. 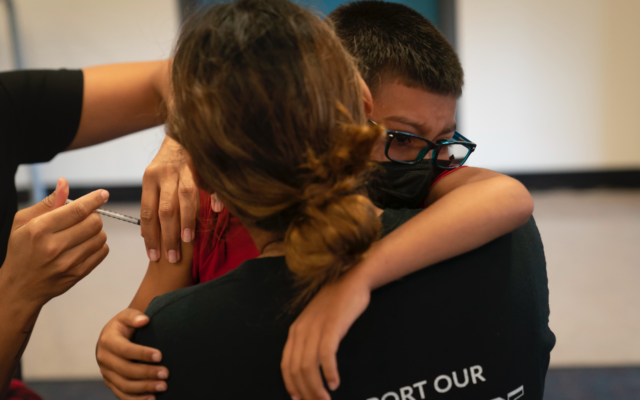 Davidovitch is concerned that vaccination patterns may open up a “coronavirus gap” in Israel, with wealthier families, which are often more open to preventative healthcare, vaccinating children at far higher rates than poorer families.ADVERTISEMENT

This would lead, in future waves, to exaggerated coronavirus rates among kids — and by extension among adults — in areas with low socioeconomic status.

“We need to ensure there aren’t gaps in vaccination which could lead to gaps in disease in the future,” said Davidovitch. “COVID is not over and when there are cases we don’t want them to be concentrated among the poor. If we just wait for people to vaccinate this could happen, as we saw in the booster campaign, so we need to be active to make sure it doesn’t.”

The picture in Israel is complicated by the fact that socioeconomic differences often coincide with community background. Ultra-Orthodox Jewish communities and Arab communities are on average poorer and have shown more hesitancy about COVID-19 vaccines than other groups, though Arab vaccination levels have risen dramatically in recent months.

“I expect the ultra-Orthodox will be hesitant and have the lowest rates for child COVID vaccination,” said Essa-Hadad, an expert in child vaccinations, health researcher at Bar Ilan University, and its lead scholar for the EU-funded RIVER project to reduce 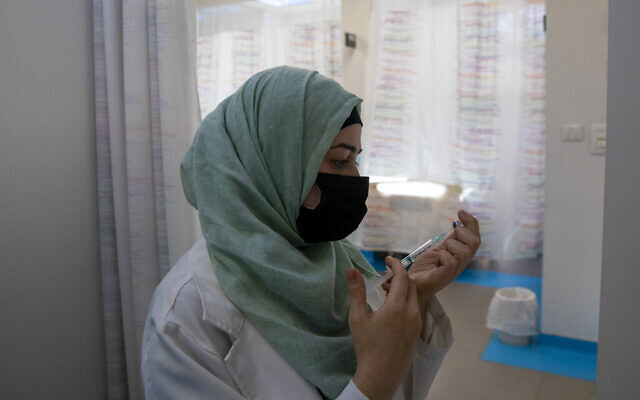 The Arab community has a complex relationship with child vaccines in general. Essa-Hadad, who is Arab, is conducting European Union-funded research on the unusually high level of general vaccination among Arab Israelis. Around 96 percent of Arab parents agree to their children taking the human papillomavirus (HPV) vaccine, a good yardstick of general child vaccination levels. By contrast, 54% of Jewish parents consent.

In the case of the COVID vaccine, by contrast, the community was initially hesitant, especially with regard to teens. Essa-Hadad predicted that that attitude will extend to children’s vaccinations, at least in the short term.ADVERTISEMENT

“There are parents who were very willing to get themselves vaccinated, but hesitate with their children because it’s so new and because they themselves may have experienced side effects,” Essa-Hadad said, noting that Arab parents are more accepting of long-established vaccines, like the HPV inoculation.

“In the Arab community the fact that the coronavirus vaccine has already been received by children in America will not change parents’ minds as it hasn’t been given for long enough.”

Across all communities, strong campaigning and education initiatives will prove key to acceptance, Essa-Hadad added.

The Israeli approval came days after the US Food and Drug Administration granted the vaccine authorization for the 5-11 age group, paving the way for the US to begin immunizing younger kids.

A Pfizer study of 2,268 children found the vaccine was almost 91% effective at preventing symptomatic COVID-19 infections. The US Food and Drug Administration studied the shots in 3,100 vaccinated kids in concluding the shots are safe.

In Israel, full-strength Pfizer shots are already recommended for anyone 12 or older, but pediatricians and many parents were anxiously awaiting protection for younger children to stem infections from the extra-contagious Delta variant and to help keep kids out of quarantine and in school.

Israel appears to be at the tail end of its fourth coronavirus wave, as new infections and serious cases have ticked down over the past few weeks. Nearly 500 new cases were recorded Tuesday, down from thousands of new daily cases just a few months ago. Over 6.2 million Israelis have received at least one vaccine dose, 5.7 million got two doses, and over 4 million got the booster shot.

Agencies, Times of Israel staff contributed to this report.