By CHRIS JEWERS FOR MAILONLINE and AFP

Four Chinese aircraft crossed the median line of the Taiwan Strait on Monday, Taiwan’s defence ministry said, hours after Indiana’s governor met the island’s president in another show of defiance against Beijing.

The jets crossed the median line – which serves as an unofficial barrier – as China continues to escalate its military activities near the self-ruled island.

Eric Holcomb, the Republican governor of Indiana, landed in Taiwan on Sunday for an ‘economic development trip’ – marking the third visit from a US official or delegation so far this month.

The meeting came days after Washington announced trade talks with Taipei in a show of support following China’s military threats towards the island.

Taiwan lives under constant threat of an invasion by China, which claims the democratic island as part of its territory to be seized one day – by force if necessary.

Beijing lashes out at any diplomatic action that might lend Taiwan legitimacy. It has responded with growing fury to visits by Western officials and politicians, and held its largest-ever show of its military strength in the air and seas around Taiwan – including the firing of ballistic missiles – since Pelosi’s visit.

In her meeting with Holcomb on Monday, President Tsai Ing-wen directly referenced Beijing’s drills and called for like-minded countries to continue supporting Taiwan.

‘Presently we are facing the continued expansion of global authoritarianism,’ she told Holcomb. ‘Taiwan has been confronted by military threats from China in and around the Taiwan Strait. At this moment democratic allies must stand together and boost cooperation across all areas.’ 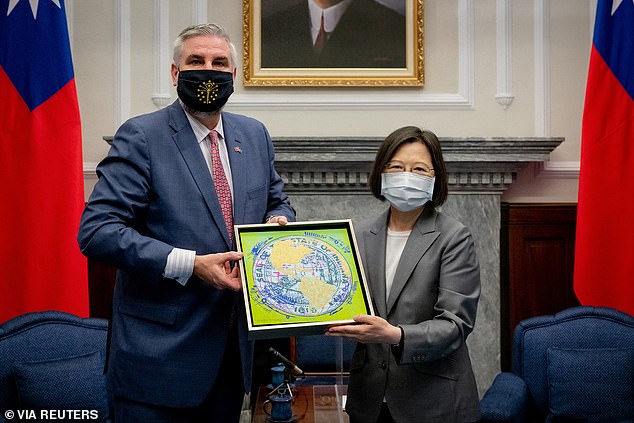 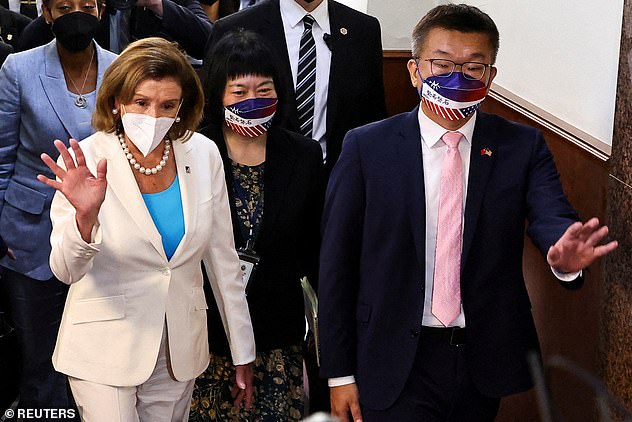 Holcomb said the United States and Taiwan ‘share so many common values and interests and goals’.

‘We will continue to seek to build a strategic partnership with you,’ he said.

Holcomb emphasized the economic nature of his visit, mentioning that the state is among the top in the U.S. for direct foreign investment and was home to 10 Taiwanese companies. ‘We both seek to deepen and enhance our already excellent cooperation that we’ve established over the years,’ he said.

Holcomb is also expected to meet representatives of Taiwan’s world-leading semiconductor industry before leaving on Wednesday for South Korea.

Alongside South Korea, Taiwan makes some of the world’s smallest and most advanced computer chips – a commodity that is vital for electronics but in short supply worldwide.

The country is home the world’s largest contact chip maker, Taiwan Semiconductor Manufacturing Co Ltd (TSMC) , which is building a $12 billion plant in the U.S. state of Arizona. 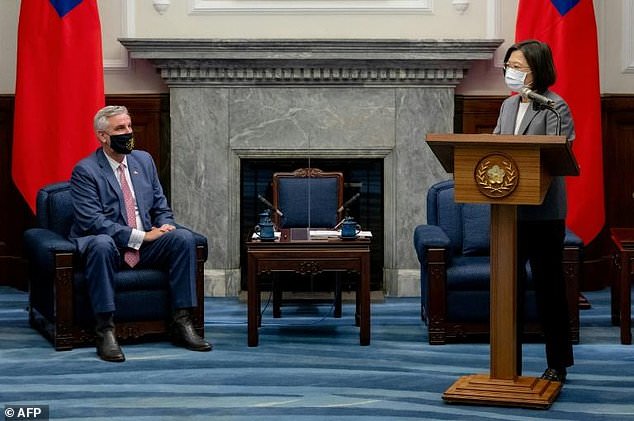 Eric Holcomb (left), the Republican governor of Indiana, landed in Taiwan on Sunday for an ‘economic development trip’ 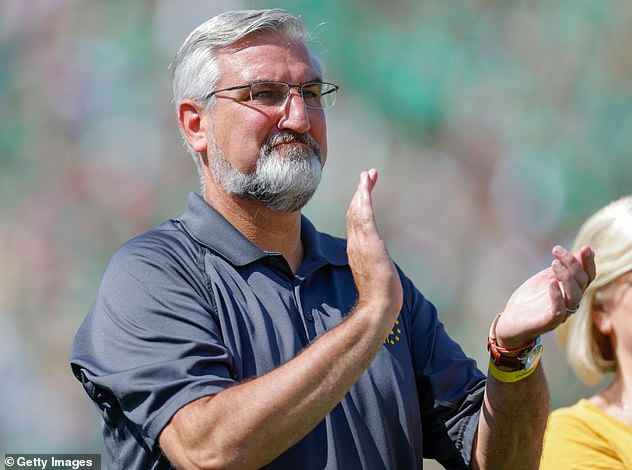 Eric Holcomb, the Republican governor of Indiana (pictured in 2021, file photo), landed in Taiwan on Sunday for an ‘economic development trip’ 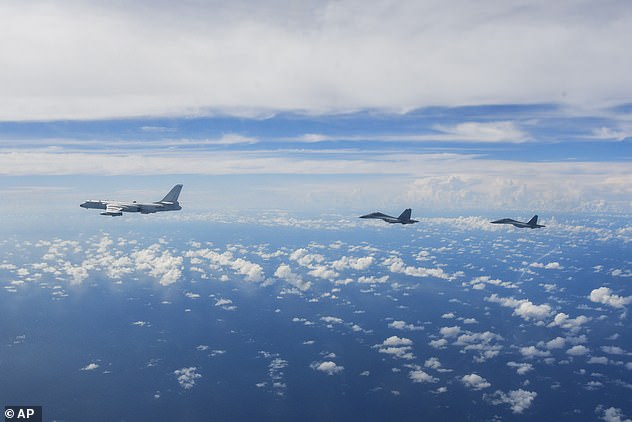 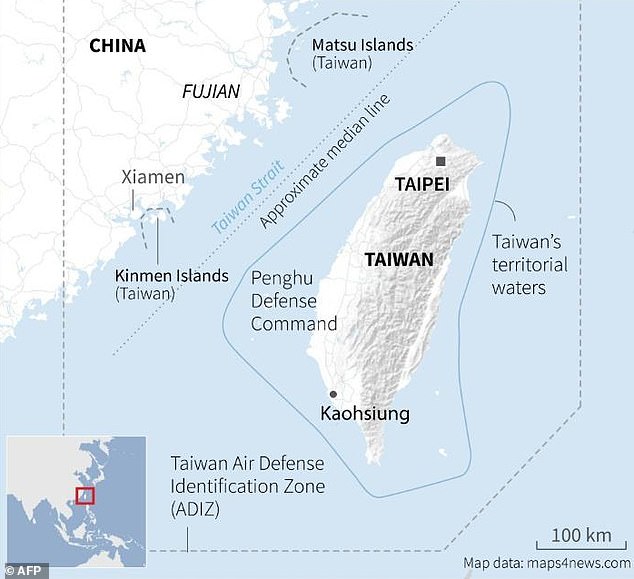 Pictured: A map showing Taiwan’s Air Defence Identification Zone, its territorial waters and the median line – which has been crossed by Chinese warplanes since Pelosi’s visit

The U.S. is keen to encourage Taiwanese companies to build chip foundries on American soil to diversify supply chains, something Tsai also referenced on Monday.

‘Taiwan is willing and able to strengthen cooperation with democratic partners in building sustainable supply chain for democracy chips,’ she said.

Holcomb’s visit comes on the heels of the announcement of trade talks between Washington and Taipei in the coming months as a senior US diplomat warned Beijing would continue to put pressure on Taiwan.

China has lashed out at the plans for business talks with Washington – though it also has multiple trade deals of its own with Taiwan, signed during years when their relations were warmer.

In response to Ms Pelosi’s visit, China’s military held several days of exercises that included warplanes flying toward the island and warships sailing across the midline of the Taiwan Strait, an unofficial buffer between the island and mainland.

China also imposed visa bans and other sanctions on several Taiwanese political figures, though it’s unclear what effect the sanctions would have.