By VANESSA SERNA FOR DAILYMAIL.COM

Tropical Storm Kay can bring a year’s worth of rainfall to aid Southern California‘s relentless drought while Hurricane Earl is expected to deliver strong rip currents to the East Coast.

Hurricane Kay is making its way north of the coast of Baja California as the category one storm is expected to bring heavy rainfall and flooding as it moves into Southern California.

The weather forecasted in Southern counties, including San Diego, Orange, Riverside, San Bernardino and Los Angeles will be a break from the week long scorching heatwave as the heaviest amount of rainfall is predicted on Friday and Saturday.

For the next 36 hours Southern California cities up to Los Angeles and stretching Inland and into Arizona, will be the most vulnerable to flooding. The east San Diego and Palm Springs area will see the highest amount of rain, according to The Weather Channel.

With temperatures dropping in some areas from 100F to about 80F, the weekend forecast may also benefit firefighters battling ongoing blazes in Los Angeles, Riverside and San Diego counties – but the predicted winds can also worsen the conditions.

Thunderstorms and gusty winds are also anticipated as Kay is moving with winds of 60mph up Mexico’s coast.

Meanwhile, on the East Coast locals can expect strong winds and rip tides as Hurricane Earl churns off Bermuda. 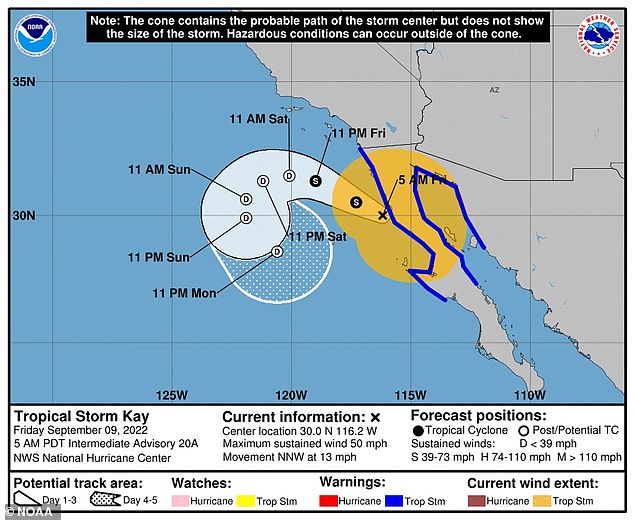 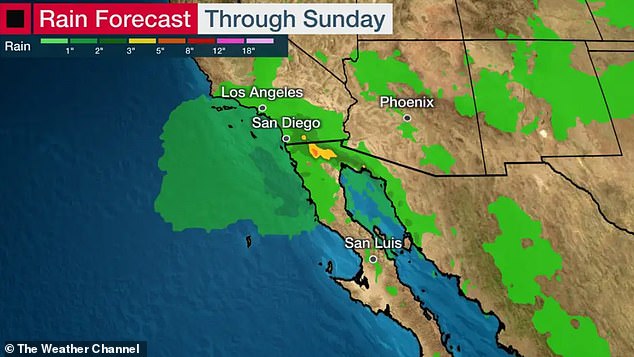 Heavy rainfall is expected in Southern California as the storm moves north from Mexico’s Baja California. The rain will reach Los Angeles county and inward towards Palm Springs 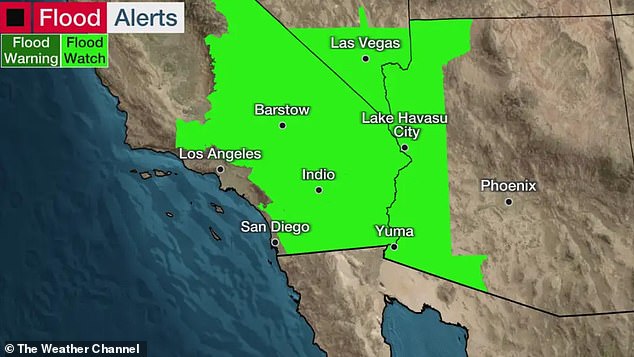 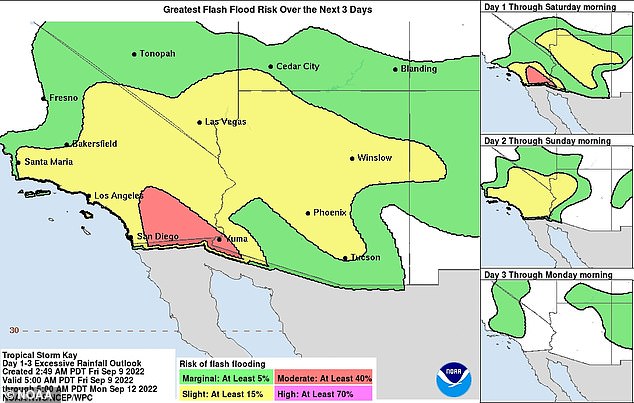 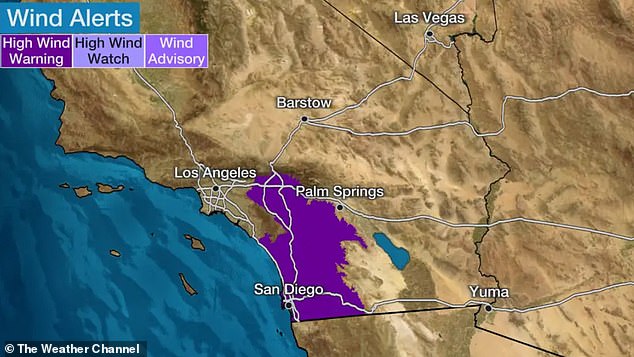 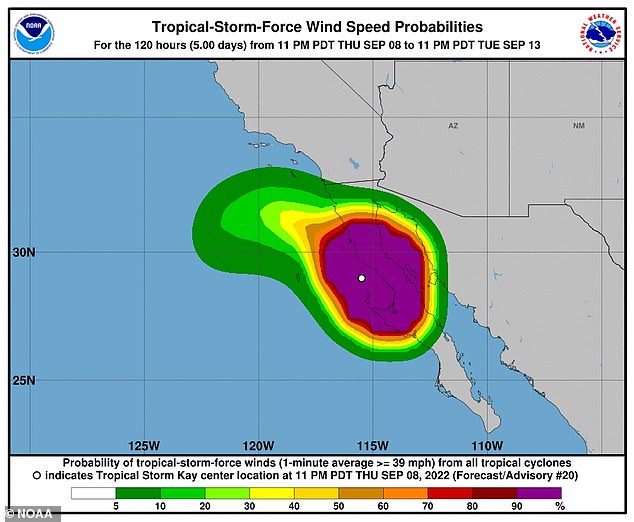 While the winds will be the strongest in Mexico, its expected to slowly project into California 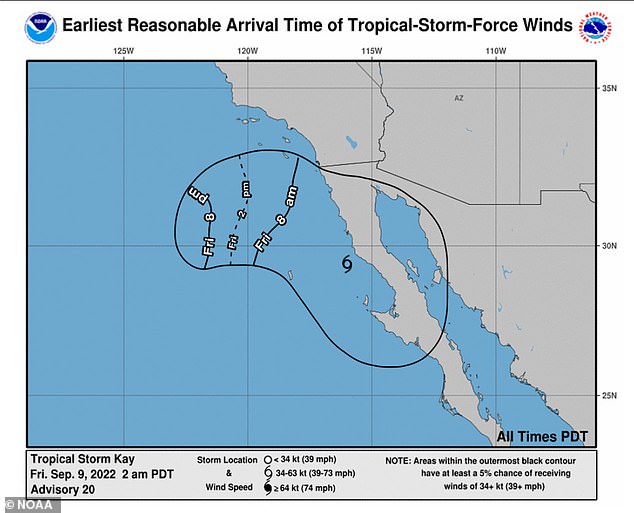 California residents can expect winds as soon as Friday morning 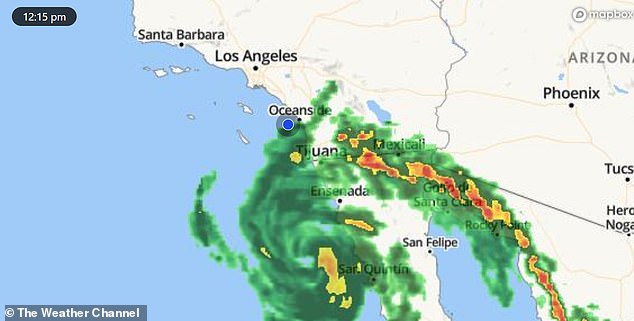 Earl continues to be a threat as it approaches Category 3 status with no prediction of slowing down on Friday as its effects react the East Coast – but conditions are expected to improve by Saturday.

Dwellers on the East Coast can expect ‘rip currents’ and ‘life threatening surf’ throughout the next few days as winds churn up, according to The Weather Channel.

Sustained winds in Bermuda are around 100mph with ‘higher gust,’ according to the National Hurricane Center. Winds are expected to strengthen leading into Friday night and weaken leading into Monday.

Despite the distance of the storm, weather experts warn about the impacts reaching the US.

‘Hurricane Earl is just such a hurricane,’ the weather service said. ‘The greatest coastal impacts will be in the Mid-Atlantic and Northeast into this weekend.’

Powerful currents are expected in the Carolina’s through Sunday as the tropical storm moves northeast.

Rainfall is also predicted along the coast with the potential threat of flooding in New York, Atlantic City, Norfolk, and Charleston.

Conditions are expected to improve by Sunday. 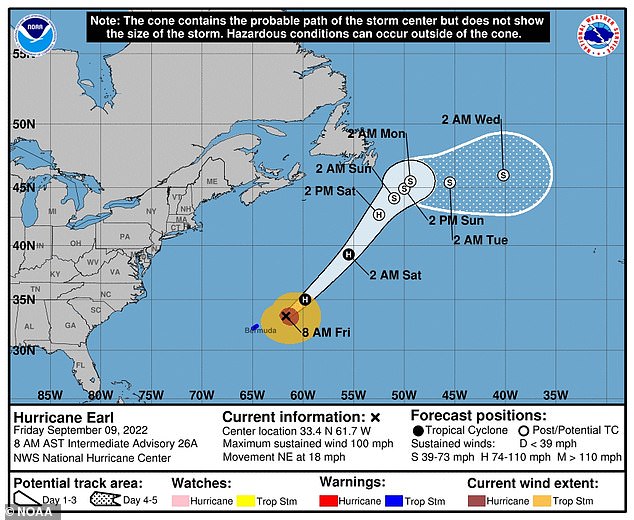 On the East Coast, Hurricane Earl is expected to make an impact as concerns of the storm reaching a category three hurricane persists 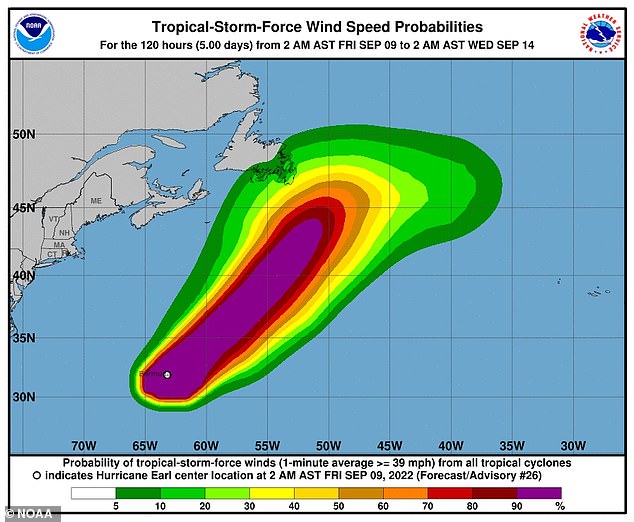 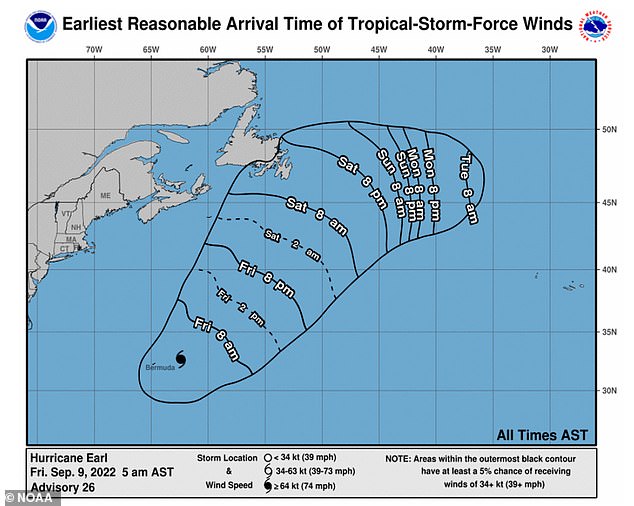 Conditions are expected to die down by Monday

Hurricane Kay has killed three people, including a child, in the southwestern state of Guerrero, Mexico. Two of the victims were in a car that was swept by flooding waters after the driver tried to cross over a creek.

A child was found dead inside a home after he was struck by a collapsing fence. Several homes have also been damaged.

A hurricane warning was issued for a sparsely populated stretch of the peninsula around Bahia Asuncion and the state government of Baja California Sur announced it was opening shelters for people who need to evacuate. It said some creeks were already rising and closed some roads.

While the rains might be a miracle as it makes its way to Southern California, the area has not been impacted by a massive storm since Hurricane Nora was downgraded to a tropical storm in 1997. Heavy rains knocked out electricity in Los Angeles and flooded San Diego. 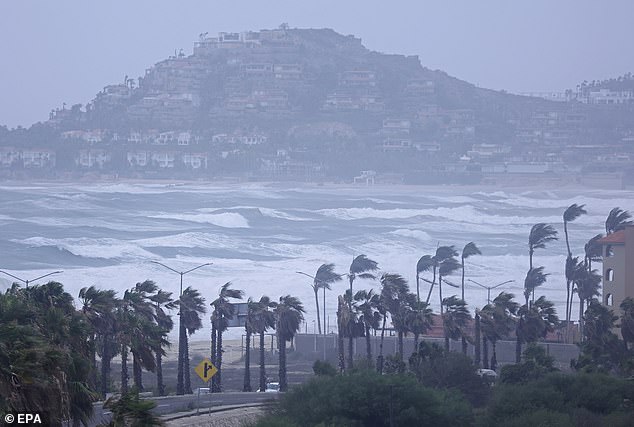 Strong waves slammed the shore of Los Cabos, Mexico on Wednesday, a day before Hurricane Kay moved up the country’s Pacific Coast and lost strength despite packing maximum sustained winds of 87 miles per hour 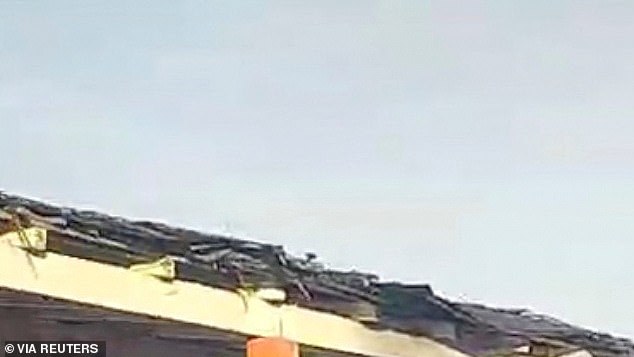 Strong waves and heavy rains left some damage in El Paraiso, a seaside town in the Mexican state of Colima