VLADIMIR Putin has ordered his army and air force to prepare for a ‘time of war’ during a check of the country’s armed forces.

Russia’s defence ministry confirmed the measures during a “snap check” that included its massive S-300 and S-400 missile defence systems.

“Upon their arrival at the new positions, the crews of radar stations, S-300 and S-400 antiaircraft missile systems carried out maintenance work on their military hardware and went on combat alert.

“As the combat crews of radar stations and antiaircraft missile systems detect unidentified aerial targets, air defense patrol fighter jets will be scrambled to classify them or notionally destroy them.” 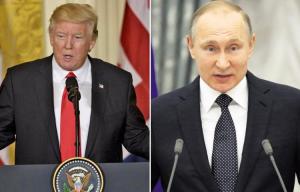 ‘WE’VE GOT KILLERS TOO’ 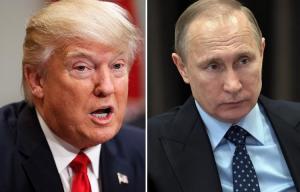 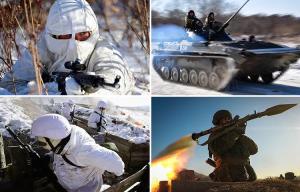 The warning is a likely a response to the massive NATO operations currently underway in eastern Europe.

Germany and NATO this week underscored their commitment to beefing up the defence of eastern Europe’s border with Russia as the first of four new batallions under the North Atlantic alliance’s banner arrived in Lithuania.

In moves agreed last year under former President Barack Obama, NATO is expanding its presence in the region to levels unprecedented since the Cold War, prompted by Russia’s annexation of Crimea and accusations that it is supporting a separatist conflict in eastern Ukraine.

The German-led battle group of 1,000 troops in Lithuania will be joined this year by a U.S-led deployment in Poland, British-led troops in Estonia and Canadian-led troops in Latvia.

They will add to smaller rotating contingents of U.S troops.

Doubts about the US commitment to NATO have surfaced since the election of President Donald Trump, who has described NATO allies as “very unfair” for not contributing more financially to the alliance.

She also said U.S. Secretary of Defence James Mattis reassured her about Washington’s commitment to NATO in a recent telephone call.

“After what we discussed, I have no doubt about his deep conviction in the importance of NATO and the commitment of the Americans within NATO to what we have agreed,” she said at a welcoming ceremony at Lithuania’s Rukla military base, 62 miles from the Russian border.