KIM Jong-un has placed his country on the “brink of war” as a high-profile defector urged US President Donald Trump to assassinate the despot North Korean leader before he fires his nuclear weapons at America and the UK.

Yesterday Trump pledged to ramp up defences against Pyongyang as he met China’s president Xi Jinping for crunch talks in Florida.

Donald Trump warns China he’s ready to act alone over North Korea nukesTrump’s warning comes as a massive joint naval exercise involving Japan, South Korea and the US was being held this week aimed at countering the threat from North Korean submarines – ramping up the tense situation in the region.

This training was branded “reckless” by North Korea’s foreign ministry who said it was driving the Korean peninsula to the “brink of war”. 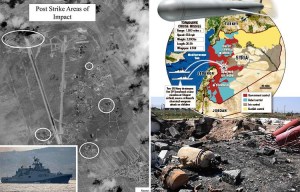 Kym Hyong-Jun, North Korea’s ambassador to Moscow, has told Trump that it was ready to ready to respond if these operations challenged their country.

“Our army has already said that if there will be even the smallest provocation from the United States during exercises, we are ready to deliver the most ruthless blow,” said Mr Hyong-Jun.

“We have the readiness and ability to counter any challenge from the US.”

The prospect of World War Three has already moved terrifyingly closer this week not just because of the tense situation on the Korean peninsula, but after Trump’s missile attack on the Syrian regime, following its alleged chemical weapons massacre which killed 100 people.

Outraged Trump ordered the missile strikes just a day after he pointed the finger at Assad for this week’s chemical attack.

A high-profile defector predicted Kim Jong-un WILL use nuclear weapons against the US and UK – unless they “eliminate him” first.

Thae Yong Ho fears the world should be prepared because Kim is “desperate in maintaining his rule by relying on his [development of] nuclear weapons and ICBM”.

ICBM are intercontinental ballistic missiles – deadly rockets which could in theory be capable of hitting the US.

North Korea says it’s ready for war with US in TV broadcastThae, a former deputy ambassador in London, told NBC News: “Once he sees that there is any kind of sign of a tank or an imminent threat from America, then he would use his nuclear weapons with ICBM.

“If Kim Jong-un has nuclear weapons and ICBMs, he can do anything.

“So, I think the world should be ready to deal with this kind of person.”

He continued: “Kim Jong-un is a man who can do anything beyond the normal imagination.”

He added that the only “real solution to the North Korean nuclear issue is to eliminate Kim Jong-un from the post”.

North Korea is estimated to have more than eight nuclear weapons but has not yet been able to show that it can attach them to a rocket capable of hitting the US.

Thae was living in London and serving as North Korea’s deputy ambassador to the UK when he and his family defected to South Korea last year, so has a rare insight into the secretive country.

He believes the regime wants to kill him, making him a “marked man”.

Although Thae is not directly involved in North Korea’s weapons program he believes the country is aiming to complete its nuclear development program by the end of this year and will stop at nothing until it is finished.

He claimed Kim would even turn down trillions of dollars if he was offered a pay-off to ditch the programme.