The largest marsupial to have ever lived, Australia’s giant wombat-like Diprotodon, may have been a migratory species, an analysis of a fossil tooth suggests.

The Diprotodon optatum was a 3,000-kilogram herbivore that stood 1.8 metres tall at the shoulder — an “absolute beast,” said study lead author vertebrate palaeontologist Gilbert Price from the University of Queensland.

Dr Price and colleagues analysed an incisor tooth collected from a specimen in the Darling Downs region of Queensland.

Their analysis, published today in Proceedings of the Royal Society B indicated the animal made round trips of up to 200 kilometres a year — making it the only known marsupial to migrate.

“This one single tooth tells us our understanding of migration in marsupials needs to be completely rewritten,” Dr Price said.

“All the textbooks say marsupials don’t undertake two-way migration, so we weren’t expecting to find this result. It blew us away.”

It was part of a group of megafauna that “basically ruled Australia” and included giant kangaroos, marsupial lions and huge snakes, Dr Price said.

“The find that this thing is a migrant has so many implications — and could help test hypotheses we’ve got about what might explain the extinction of the Ice Age megafauna of Australia,” he said. 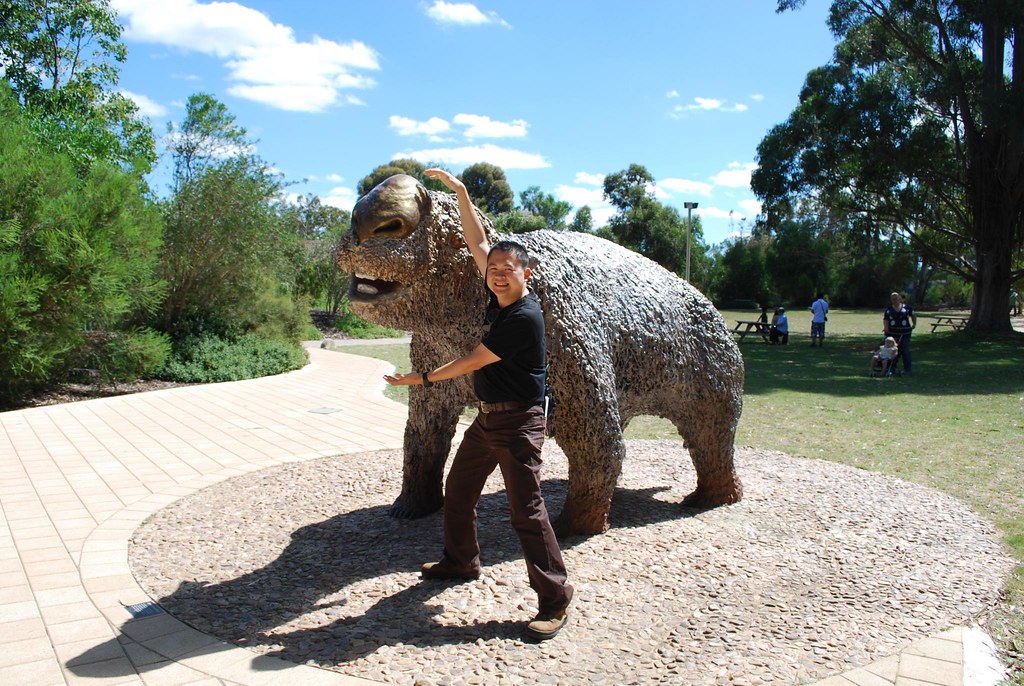 The Diprotodon’s front teeth — which continuously grew — collected chemical signatures over time of what the animal was eating and drinking throughout its life in a similar way to how a tree’s growth rings are marked by drought, fire and disease.

Dr Price said samples from the tooth showed regular variation in the levels of oxygen, carbon and strontium over time — indicating cyclic changes in diet and geography.

The analysis suggested the animal travelled in a northwest-southeast pattern across the Darling Downs plains, in a manner analogous to the migrating mammals of the Serengeti in east Africa, like the zebra and wildebeest.

Note: Animals that we are familiar with that roamed the continent with dinosaurs