Why have Australian governments tipped money into Hillary Clinton’s  Clinton Foundation helping to kill our coal industry? That it gave Julia Gillard a job and effectively a platform to continually spruik Hillary Clinton for president shows just how this very dodgy Foundation works.

The Australian taxpayer shovelled at least $88 million into the Clinton Foundation and associated entities from 2006 to 2014, reaching a peak of $10.3 million in 2012-13, Gillard’s last year in office.

On the Clinton Foundation website, AusAID and the Commonwealth of Australia score separate entries in the $10 million-plus group of donors, one rung up from American teacher unions.

In 2009-10 Kevin Rudd handed over another $10 million to the foundation for climate research, part of $300 million he squandered on a Global Carbon Capture and Storage Institute.

Gillard also donated $300 million of our money to the Clinton-affiliated Global Partnership for Education.

Lo and behold, she became chairman in 2014 and has been ­actively promoting Clinton as president ever since — in a campaign video last December slamming Trump, in opeds trumpeting the next woman president and in appearances with Clinton spruiking girls’ education.

The Abbott government topped up the left-wing organisation’s coffers with another $140 million in 2014, bringing total Australian largesse to $460 million, according to a press release from Foreign Minister Julie Bishop.

And yet, apart from the beautiful friendship with Gillard, what did Australia get from the Clintons for all that cash?

A whole lot of trouble is what.

Wikileaks emails released at the time shows that Australian green groups have been secretly funded to destroy our coal industry by ­environmental activists connected to the Clinton campaign.

The email account of Clinton’s campaign chairman John Podesta reveals extraordinary details of the sabotage of the $16 billion Adani coalmine in Queensland, which has damaged Australia’s national interest and denied cheap electricity to millions of poor Indians.

“The Adani Carmichael mine and the whole Galilee Basin fossil fuel industrial complex is in its death throes,” Hepburn wrote in the email forwarded to Podesta.

“I am going to buy a few bottles of bubbly for a celebration with the (Environmental ­Defenders Office) legal team, our colleagues at GetUp, Greenpeace, 350.org, ECF, Australian Youth Climate Coalition, Mackay Conservation Group, Market Forces and the brilliant and tireless Sunrise team.”

In another email forwarded to Podesta, Hepburn panics about a then Abbott government inquiry into environmental charities and discusses hiding Sunrise’s sources of funding to safeguard its charitable tax status.

Hepburn boasts about the latest legal blow to Adani, when the Federal Court overturned its approval and the Commonwealth Bank quit the project.

In it he now wants to “escalate the campaign ­towards the other 3 big Australian banks”.

And he mocks miners who “try to claim that there is some kind of foreign-funded and tightly orchestrated conspiracy to systematically ­destroy the Australian coal industry. (I seriously don’t know where they get these wacky ideas from!)”

The Break-up of Australia: The Real Agenda behind Aboriginal Recognition.

As if it’s not bad enough that foreign-funded activists are meddling with our largest export earner, Podesta’s emails also detail their insidious influence on indigenous land owners who blocked the Adani mine using powerful native title rights.

This alliance of green groups with native title owners is a frightening development detailed in a new book by historian Keith Windschuttle, The Break-up of Australia: The Real Agenda behind Aboriginal Recognition.

He reveals the imminent expansion of native title claims, either ­approved or quietly being processed, stretch across a whopping 60 per cent of the Australian continent, an area twice the size of Western Europe.

Already 6000sq km of the Kidman cattle empire in the Kimberley has been given, via native title, to green activists to be converted from productive cattle country to a wildlife conservation area.

“In return, the Yulumbu people get a paltry $50,000 a year royalty,” Windschuttle writes.

“As a flora and fauna sanctuary it is economically defunct for the foreseeable future.”

At worst, writes Windschuttle, the mooted referendum for indigenous constitutional recognition, proposed by Gillard in 2012, could pave the way for a separate Aboriginal state on native title land, funded by taxation, royalties and lease payments — passive welfare in another guise.

At the very least, the ­alliance between foreign-­funded green groups and ­indigenous owners gives ­environmentalists the opportunity to take whole swathes of Australia out of the productive economy and shut down industries they don’t like, from coal mines in Queensland to cattle farms in Western Australia.

Thanks for nothing, Hillary and Julia. 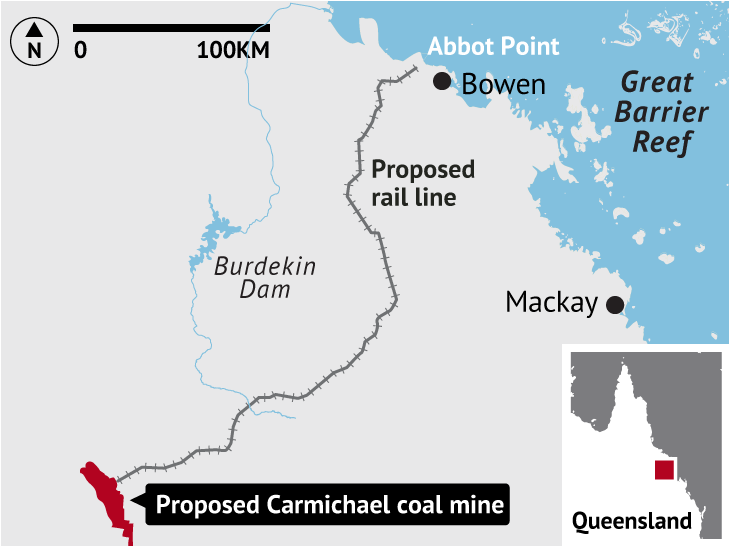 Labor’s incoming leader Anthony Albanese speaks to media in Sydney about the approval of Adani’s Carmichael mine in Queensland. Albanese says it has been approved federally and is awaiting the same at state level and he will respect the processes. “So, the environmental approvals, under the EPBC act, we need to listen to the science not make political decisions and that’s something that the environment movement fought for very strongly,” he says. (AAP VIDEO/Andrew Leeson)

As the Clinton Fund is now under investigation in the US, what has the Australian government done to recover our money?

Many people worked hard to pay in taxes, that would have gone a long way to building new dams for our drought stricken farmers or new hospitals.