New Zealand‘s new prime minister called capitalism a “blatant failure”, before citing levels of homelessness and low wages as evidence that “the market has failed” her country’s poor.

Jacinda Ardern, who is to become the nation’s youngest leader since 1856, said measures used to gauge economic success “have to change” to take into account “people’s ability to actually have a meaningful life”.

The 37-year-old will take office next month after the populist New Zealand First party agreed to form a centre-left coalition with her Labour Party. They will be supported by the liberal Greens.

This is why Jacinda Arden is good news for New Zealand

New Zealanders had been waiting since 23 September to find out who would govern their country after national elections ended without a clear winner.

In her first full interview since becoming prime minister-elect, she told current affairs programme The Nation that capitalism had “failed our people”.

“If you have hundreds of thousands of children living in homes without enough to survive, that’s a blatant failure,” she said. “What else could you describe it as?” 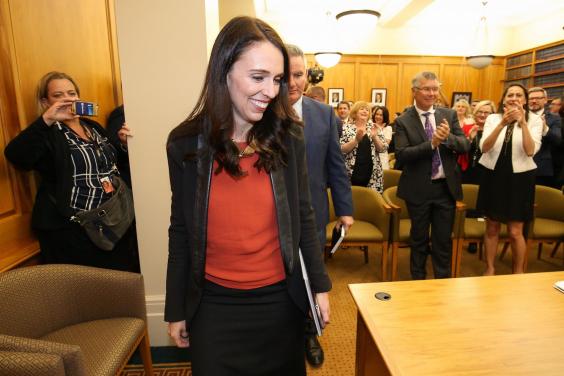 Incumbent prime minister Bill English, whose National Party has held power for nine years, has said his party grew the economy and produced increasing budget surpluses which benefited the nation.

But Ms Ardern said: “When you have a market economy, it all comes down to whether or not you acknowledge where the market has failed and where intervention is required. Has it failed our people in recent times? Yes.

“How can you claim you’ve been successful when you have growth roughly three per cent, but you’ve got the worst homelessness in the developed world?”

The Labour leader said her government would judge economic success on more than measures such as GDP.

“The measures for us have to change,” she said. “We need to make sure we are looking at people’s ability to actually have a meaningful life, an enjoyable life, where their work is enough to survive and support their families.”

Ms Ardern, who became Labour leader just two months ago, will be the youngest female premier of any developed economy in the world.

The leader of New Zealand First, Winston Peters, said his party had opted for change from the “status quo” as he announced his party would enter coalition with Labour instead of the National Party.

The Green Party will support the coalition but will not be part of the government.