Authored by Doug Bandow via The American Conservative,

…And the Taliban are in their strongest position in just that many years.

America has now passed the 17-year mark in Afghanistan. U.S. troops have been fighting there for longer than the Revolutionary War, Civil War, World War I, and World War II combined.

Yet Washington is further away than ever from anything that might pass for victory.

More than 2,300 American military personnel and 3,500 contractors have died in Afghanistan.

The latest death occurred last week – Specialist James A. Slape from Morehead City, North Carolina. Another 1,100 allied soldiers have been killed, almost half of them from the United Kingdom.

More than 20,000 Americans have been wounded. The direct financial cost has amounted to $2 trillion, with another $45 billion budgeted for this year.

After so many years of senseless combat, Erik Prince’s proposal to turn the conflict over to contractors almost sounds reasonable. His lobbying efforts in Kabul have not been notably successful, but some day American personnel will come home. And then Washington’s friends in Afghanistan will find themselves on their own.

Seventeen years ago the Bush administration was forced to act. After the 9/11 attacks, it was imperative to disrupt if not destroy al-Qaeda and punish the Taliban regime for hosting terrorist training camps. Washington quickly succeeded: al-Qaeda was degraded and dispersed, the Taliban was overthrown and punished. Washington should have left as quickly as it came. But the Bush administration had other hopes: to create a friendly, liberal, democratic state in Central Asia.

If there was ever a chance to establish a stable regime in Kabul, it was right after the Taliban’s ouster. However, the Bush administration immediately turned to Iraq, which had nothing to do with 9/11. That shift allowed for a Taliban revival. Even after twice increasing force levels—which peaked at 110,000 U.S. and 30,000 allied troops in 2011—the Obama administration was only able to limit the insurgency’s reach. 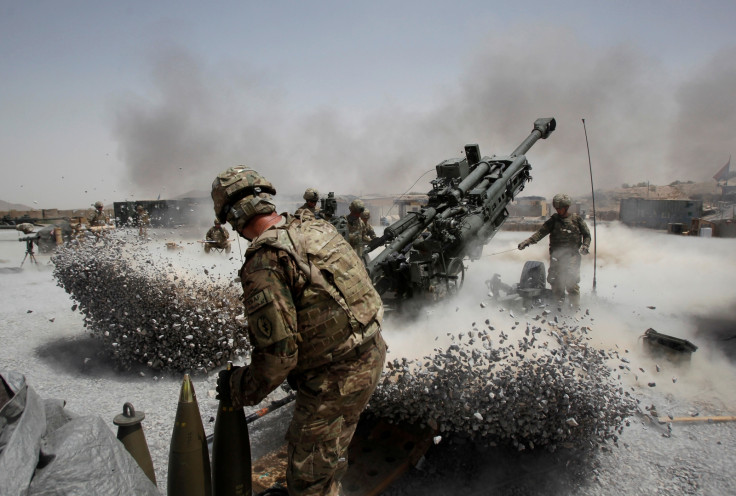 Around that time I twice visited Afghanistan, and found that private, off-the-record opinions of allied military personnel, civilian contractors, and Afghan officials were uniformly pessimistic.

Most saw the operation as a staying action at best. Since then allied troop levels have fallen precipitously, but the large Afghan security forces are an inadequate substitute. Afghan officials figure that as many as a third of soldiers and police are “ghosts,” existing only for payroll purposes. Attrition rates and desertions are soaring. Reported Anthony Cordesman of the Center for Strategic and International Studies, the Afghan National Security Forces “performance will probably worsen due to a combination of Taliban operations, ANSF combat casualties, desertions, poor logistics support, and weak leadership.”

To make up for that failure, “U.S. Special Operations troops increasingly [are] being deployed into harm’s way to assist their Afghan counterparts.”

Over the last four years, U.S. officials figure the number of Taliban fighters has trebled to 60,000; Afghan sources put the number closer to 80,000. Estimates of government control are inflated by counting areas where the district headquarters is in Kabul’s hands, even if the rest of the territory is not. A January BBC survey estimated that the Taliban controlled 4 percent of the country and was active in another 66 percent of Afghanistan: the insurgents have “pushed beyond their traditional southern stronghold into eastern western and northern parts of the country.” Cordesman reported that the “Taliban now holds more territory than in any year since 2001.”

The insurgents are using night vision equipment to mount attacks in the dark. Indeed, observed Cordesman, “Injured Afghan soldiers say they are fighting a more sophisticated and well-armed insurgency than they have seen in years”

Even Kabul is unsafe: Washington now takes personnel to the airport via helicopter, avoiding the roads that I took as NATO’s guest in 2011. Of Taliban activity this summer, Al Jazeera reports: “The scale and intensity of these attacks have not been seen since 2001. The Taliban never had the capability to launch such massive offenses and never succeeded in taking over any major cities.” Civilian casualties are on the rise, hitting 2,258 during the first quarter of 2018. Although the Taliban is responsible for most of the deaths, as Kabul relies more on air support the UN reports that casualties from U.S. and Afghan airstrikes are rising.

One need look no further than the Department of Defense for bad news. In May, the Pentagon’s inspector general reported that “available metrics showed few signs of progress.” And results are usually worse than what is admitted. For instance, Cordesman concluded that official U.S. data “provide highly suspect analysis.” Moreover, “official U.S. and Afghan data seem to sharply understate the level of growing threat presence, influence, and control.” Worse, official testimony estimates offered in testimony “seem more spin than objective.” Overall, Cordesman said, “the ‘surge’ in U.S. forces in Afghanistan failed to have a lasting effect and the levels of violence have grown sharply.”

Money offers no answer. The Afghan government is incompetent, divided, and corrupt. The Special Inspector General for Afghanistan Reconstruction continues to issue reports detailing massive waste and ineffectiveness of programs for everything from development to security. A recent analysis of Washington’s stabilization program concluded: “The U.S. government greatly overestimated its ability to build and reform government institutions in Afghanistan.” Whatever success it had won’t outlive the U.S. presence: “successes in stabilizing Afghan districts rarely lasted longer than the physical presence of coalition troops and civilians.”

In short, the future looks dismal. Cordesman cited the Director of National Intelligence in concluding, “The overall situation in Afghanistan will very likely continue to deteriorate, even if international support is sustained.”

Best would be a swift exit, bolstered by a simple understanding with the Taliban: create an Islamic state and Washington will stay away, but host terrorists who attack America and Washington will come back bigger and badder than the first time. The Taliban likely would respect that deal.

But reality has little influence on U.S. policy. Both old and new military commanders, as well as administration officials led by Secretary of State Mike Pompeo, claim that administration strategy is succeeding. The president bumped up troop levels to some 15,000 U.S. and 7,000 allied personnel. “Our troops will fight to win,” he said. “We will fight to win. From now on, victory will have a clear definition: attacking our enemies, obliterating ISIS, crushing al-Qaeda, preventing the Taliban from taking over Afghanistan, and stopping mass terror attacks against America before they emerge.” Alas, this is errant nonsense. The most the new policy will do is put off failure until the next president takes office.

None of the arguments for permanent war are persuasive. As a matter of geopolitics, Afghanistan is irrelevant to U.S. security. Russia, China, India, Pakistan, and Iran all have a greater interest in regional stability. Washington should encourage a Central Asian conclave, perhaps under the auspices of the Shanghai Cooperation Organization. Far better for Washington to leave and allow Afghanistan’s neighbors to reach a modus vivendi reflecting their relative interests. The result wouldn’t be a liberal, Westminster-style democracy allied with America. But it might be the best possible outcome in a messy, ugly world.

A stable Pakistan is in America’s interest, but the war is highly destabilizing. Rather than push Islamabad to act against its perceived interests, Washington should exit and allow Islamabad to work with neighboring states in forging an acceptable compromise for those most concerned.

Advocates of Afghanistan-forever cite terrorism. They contend that if we don’t fight the terrorists in Kandahar, we will have to fight them in New York. Really. For instance, the ever-hawkish Senator Lindsey Graham argued, “Last time we ignored Afghanistan we got 9/11.” Even the normally sober Defense Secretary Jim Mattis said America was in Afghanistan “to prevent a bomb from going off in Times Square.”

Yet this tragic nation has little to do with terrorism. The Taliban are Islamic fundamentalists, interested in ruling at home, not killing abroad. In 2001, Afghanistan served as a convenient base for Osama bin Laden. After the U.S. intervened, he moved to neighboring Pakistan, where he was later killed. The architect of 9/11, Kalid Sheikh Muhammed, spent time in Bosnia, Kuwait, Pakistan, Qatar, and Pakistan – but never Afghanistan. Al-Qaeda morphed into a group of national franchises. These days the most vibrant branch is al-Qaeda in the Arabian Peninsula, which has been empowered by the U.S.-backed Saudi and Emirati onslaught against Yemen.

Why else sacrifice U.S. lives and wealth in Afghanistan? There are many Afghans, especially women, who support creation of a liberal society. But that is beyond Washington’s ability to deliver, at least at reasonable cost. Afghanistan always has been ruled at the village and valley level. Someday it might become something different. But that is not Washington’s responsibility today.

For some, to leave suggests failure by those who fought courageously. But it is not American or allied military personnel who are at fault. They have done everything they were asked to do and more. The blame falls primarily on three successive presidents who embraced a quixotic crusade to remake Afghanistan.

In contrast to his predecessors, Donald Trump seemed to understand how hopeless the Afghanistan war is. Before announcing his candidacy, he said simply: “Let’s get out of Afghanistan.” A gaggle of establishment advisors has since pressed him to suppress his instincts, but he still has time to do the right thing.

At 17 years and counting, it is far past time to bring America’s bravest home.