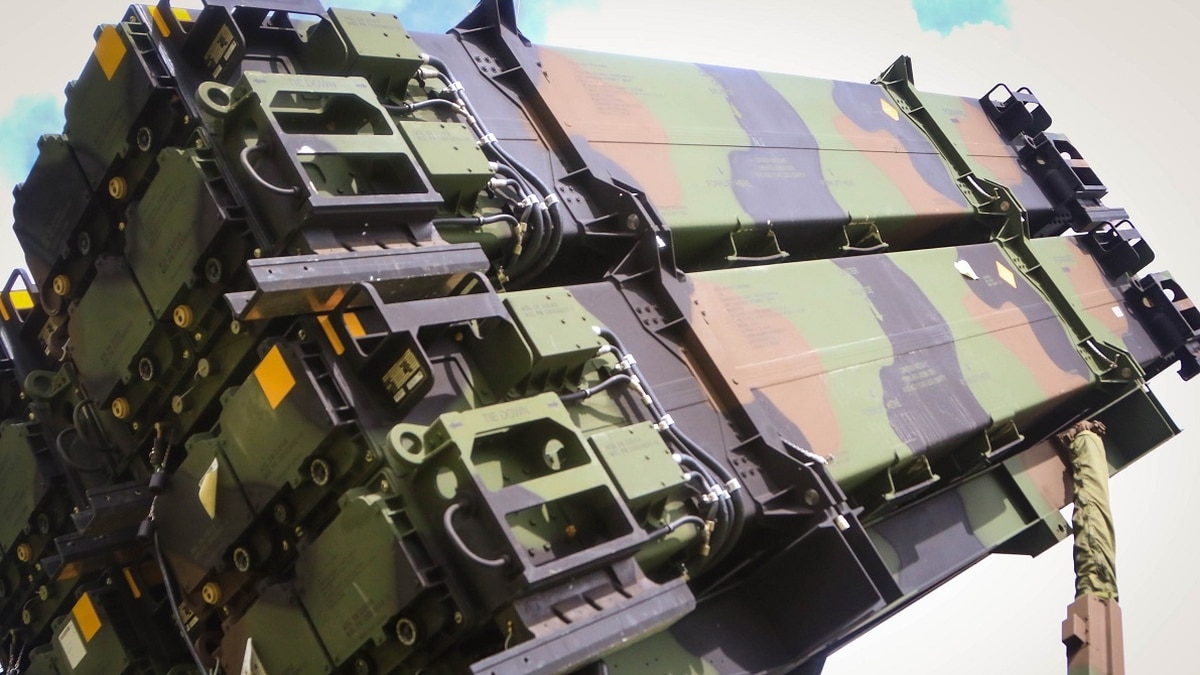 Turkey has twice passed over the Patriot — in 2013 when it chose a Chinese system that it later dropped out of, and in 2017 when it said it finalized the S-400 deal. (Capt. Adan Cazarez/U.S. Army)

WASHINGTON — Amid an ongoing row concerning Turkey’s decision to buy a Russian air defense system, the U.S. State Department has cleared Ankara to purchase a package of Patriot systems, with an estimated price tag of $3.5 billion.

The announcement, posted late Tuesday evening on the website of the Defense Security Cooperation Agency, would cover the procurement of 80 Patriot MIM-104E Guidance Enhanced and 60 PAC-3 Missile Segment Enhancement missiles, as well as associated equipment.

Turkey has twice passed over the Patriot — in 2013 when it chose a Chinese system that it later dropped out of, and in 2017 when it said it finalized the S-400 deal.

In both cases, Turkey insisted on a transfer of missile technology regarding the Patriot before it would consider the system, something the U.S. declined to do. The DSCA solicit said industrial offsets of some kind are required with the deal, but “at this time offset agreements are undetermined and will be defined in negotiations between the purchaser and contractors;” whether that offset will include tech transfer remains to be seen.

The S-400 is a major sticking point in the military relationship between the U.S. and Turkey. Pentagon officials and NATO leadership have been vocal that Turkey cannot be allowed to plug the S-400 into allied systems, such as integrating it with the F-35. Turkey is a member of NATO.

The two systems are different in capabilities. The S-400 is a mobile system, designed for deployment behind the lines to protect critical infrastructure, with a very long range. The Patriot, meanwhile, is a medium-range system.

A department spokesperson, speaking on background ahead of the announcement, said Turkey “will use Patriot to improve its air and missile defense capability, defend its territorial integrity, and deter regional threats. The proposed sale will increase the defensive capabilities of the Turkish military to guard against hostile aggression and shield NATO allies who might train and operate within Turkey’s borders.”

As with all DSCA announcements, dollar values and quantities may vary at the end of the day; the Senate must OK a sale before the customer and the U.S. government enter contract negotiations.

The United States’ offer to sell Patriot missile systems to Turkey will test Ankara’s claims that it only turned to a rival missile system, the S-400 from Russia, because of limited options, an analyst told Arab News.

The Patriot and S-400 are competing systems, and Washington has firmly opposed NATO ally Turkey’s planned acquisition of Russian-made systems that are designed to target American-made military weapons.

“The real breakthrough would only be if Turkey abandoned its plans to buy the S-400s,” Nicholas Danforth, a senior policy analyst at the Bipartisan Policy Center’s National Security Project, told Arab News. “For the Patriot sale to move forward, Turkish officials would presumably also have to convince Washington they weren’t going to buy the S-400s, which will be hard when they keep insisting they will.”

The Ankara office director of the German Marshall Fund of the United States, Ozgur Unluhisarcikli, told Arab News he believes the decision from the U.S. State Department to dangle the offer of the Patriot system is either to make Turkey drop the purchase of the S-400s. Or, if expected, Ankara forges ahead with purchasing the Russian alternative, the Patriot offer would allow the U.S. to dismiss Turkey from the F-35 fighter jet program.

The S-400 missile defence systems are meant to target the F-35s, a new American stealth fighter jet that Turkey is helping to produce and is expected to acquire.

“Even if Turkey and the US agree on a Patriot deal, the US Congress would deny its approval unless Turkey first gives up the S-400 deal or the two sides agree on a creative solution,” Unluhisarcikli is quoted as saying in Arab News.

Congress has until the end of the year to approve or reject the proposed sale of the Patriot systems.

“Potentially, Turkey could give up the S-400 deal for a Patriot deal, which will be rejected by the US Congress. While the stakes are very high for Turkey, as it could end up getting S-400 systems and being denied access to advanced NATO systems in the future, there is no easy way out,” Unluhisarcikli also said.