Yutaka Katada, president of Kokuka Sangyo Co, the Japanese company operating one of two oil tankers attacked near the Strait of Hormuz, shows a photo of the tanker during a news conference Friday in Tokyo. I  Photo: AP/Jae C Hong

The Japanese company that owns the ‘Kokuka Courageous’ tanker has said its crew spotted “flying objects” before the attack in the Gulf of Oman, contradicting US claims that the vessel was damaged by a naval mine.

Yutaka Katada, president of Kokuka Sangyo, told reporters on Friday that sailors on board the ill-fated oil tanker observed “flying objects” just before the incident in which the ship caught fire and was badly damaged. The giant vessel was hit twice, first near the engine room and then on its starboard side.

He suggested that those flying objects could have been bullets, and called reports of striking a mine “false.”

Both points at which the ship was damaged were above her waterline, which couldn’t be so if it had struck an underwater mine.

The tanker was carrying petroleum products to Singapore and Thailand when it was attacked while sailing through the Gulf of Oman on Thursday. All 21 crew members abandoned the ship and were reportedly rescued by an Iranian vessel. While many details of the incident are still shrouded in mystery, the US was quick to blame Iran.

Sabotage diplomacy: Zarif says no need to be ‘clairvoyant’ to see US ‘plan B’ for IranLater that day, the US military released a blurry video showing what they claimed were Iranian sailors removing an “unexploded limpet mine” from the ‘Kokuka Courageous.’

The poor quality of the video made it especially challenging to independently verify the claims.

Katada’s account partly contradicted American allegations of a mine attack, but did mention that the crew had spotted an Iranian Navy ship nearby. However, the president failed to specify whether it was there before or after the attack. 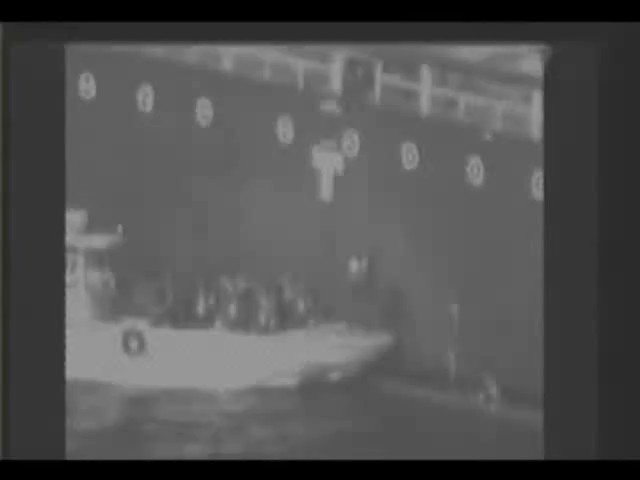 Video recorded by U.S aircraft of an IRGC Gashti-class patrol boat removing an unexploded limpet mine from M/T Kokuka Courageous. Courageous suffered an explosion while in #GulfofOman. Her 21 crew members were rescued by #USNavy destroyer

Another tanker, the Norwegian-owned ‘Front Altair,’ also suffered some damage while passing through the Gulf of Oman at around the same time. There have been reports of a torpedo attack on the vessel, but it is not yet clear from the firm’s statement whether it was attacked.

It is unknown who would benefit from targeting the ships, but the timing of the incidents is especially sensitive. The attack on the tankers that were carrying “Japan-related” cargo notably came during a rare visit to Tehran by Japanese Prime Minister Shinzo Abe.

Tanker filmed by Iran after ‘attacks’ in Gulf of Oman (VIDEO)“Suspicious doesn’t begin to describe what likely transpired this morning,” said Iranian Foreign Minister Mohammad Javad Zarif. As the day progressed, he hit back at the US accusations, saying Washington is trying to set up a false-flag attack in order to “sabotage diplomacy” and cover up their own “economic terrorism” against Tehran.