Authored by Onar Am via LibertyNation.com,

Mann must pay the full legal costs to the defendant. The ruling is explosive because it means that Ball’s claim that Mann was a scientific fraudster is now supported by the court. 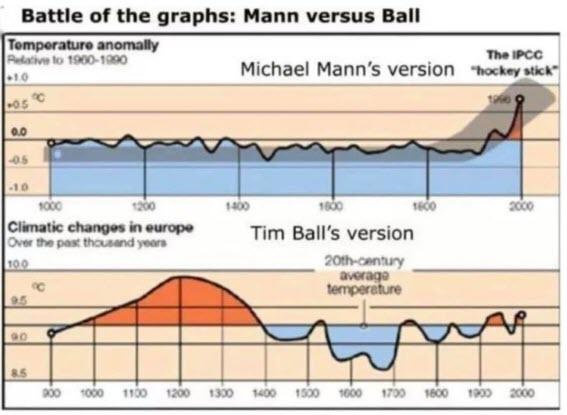 In 1999, Mann published a 1000-year-long global temperature reconstruction from tree rings that severely undercut the then-accepted knowledge of climate. IPCC’s 1995 Second Assessment Report acknowledged that it was warmer during the Medieval Warm Period than today and that a significant cooling called the Little Ice Age followed and lasted until the end of the 19th century.

Mann’s reconstruction demolished that view and replaced our climate history with something that looks like a hockey stick: For 900 years, the temperature was a slightly falling straight line and then, during the period of human activity, rapid warming in the 20th century.

Climate catastrophists immediately seized on this persuasive graph and made Mann the poster boy of the IPCC, which was now thoroughly controlled by radical greens appointed by leftist politicians. 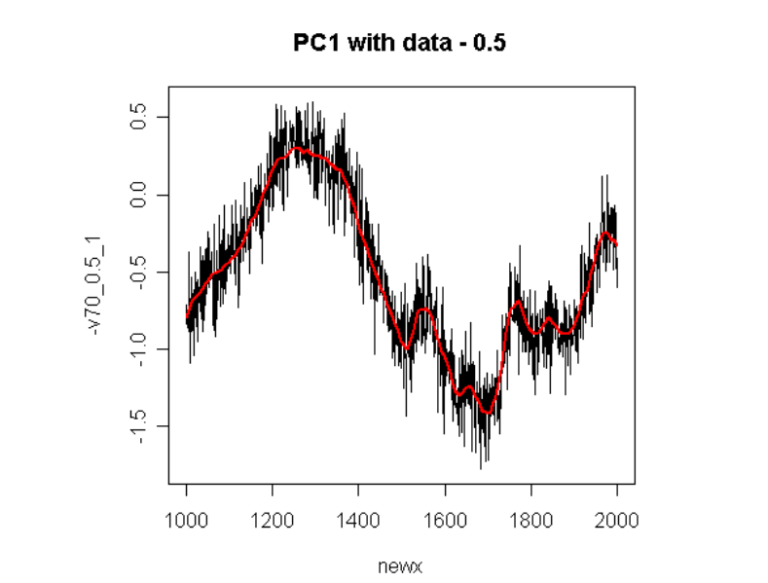 There was only one problem with the graph: It was junk science. Future university courses in statistics will undoubtedly teach the hockey stick as a classic case of faulty methodology. In layman terms: Mann was using a statistical technique that cherry-picked the data needed to make the hockey stick shape.

In 2006, Congress commissioned three statisticians led by Dr. Edward Wegman to produce the so-called Wegman report on the controversy. The report proved that the technique Mann used could create any desired outcome and demonstrated this fact by creating the shape of the global temperature data from 1995.

If Mann had produced this graph in a graduate thesis in statistics, he would have flunked.

Canadian engineer Stephen McIntyre spent several years after the publication of the hockey stick graph trying to prove that it was faulty. He ultimately prevailed – but, during this debacle, Mann engaged in what many have described as intellectually dishonest or even fraudulent behavior. He refused to release the full data and source files that he used in his infamous 1999 publication.

In 2011, Tim Ball summarized this by stating that Michael Mann “belonged in a pen, not in Penn University.” This statement was the basis for Mann’s defamation lawsuit.

Ball defended his remark by saying that if Mann released his data, it would prove that he was a fraudster. Nine years of delay tactics later, the court dismissed the case because Mann refused to release the data that could prove his honesty.

While this technically is not a victory for Ball, it is hard to imagine a legitimate reason for a tax-funded scientist to refuse to release the data upon which the global climate disaster narrative largely rests.

Under normal circumstances, Mann’s career would have been lying in a pool of utter disgrace long ago. Instead, he is still one of the leading scientists in the climate catastrophe mafia. His colleagues had to defend him because if they ever were to admit that the hockey stick graph is junk science, it would discredit the IPCC and the entire field of paleoclimatology that hailed Mann’s result.

They have doubled down and used political pull and a friendly media to the scandal. So far, they have succeeded, but for every year, the gap between the climate models and reality is widening. At some point, nothing can hide the shaky ground upon which the climate hysteria stands.