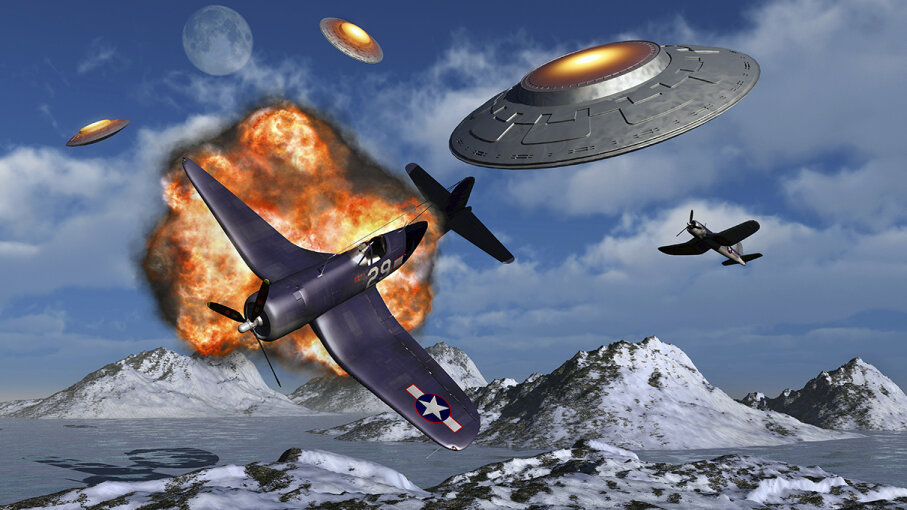 I have watched for years as I have witnessed the proclamation from many, that disclosure of ET existence is at hand.

Disclosure is coming, however, the disclosure will be a part of a great deception.

I do not believe that we are dealing with true ET entities in the sense of Hollywood’s depictions. Instead, we are dealing with a great deception. It is a deception that could one day culminate in the initiation of Project Blue Beam in which the earth, through the use of advanced holographic technology can be made to believe that we are under attack from an alien race and our only chance of survival is to migrate to a collective, for protection, under the consolidated authority of the New World Order who are perpetrating this threat against humanity solely to create a one-world government and economic system under Satan which would be firmly in place before the Second Coming of Jesus.

The collective that is formed by Satan is intended to destroy Christ at the Second Coming.

He will fail, but Satan will not stop. His New World Order and Deep State minions have failed to even subjugate the United States.

It is time to move to the next level and that involves Blue Beam. This is why disclosure is at hand. The Deep State and their Democratic minions are living on borrowed time. And before we see Blue Beam, I believe the CHICOMS are going to given their shot. I have often said Blue Beam is the strategy of last resort and that may prove true.

For those that know me, are aware that I held several secrets, that at that time, could have endangered my life had I released what my father told me about his work with captured German scientists. However, time can change much and the following reservations are freely offered with regard to some unwanted guests that are coming to the Earth for dinner.  Who are the guests? I believe and the Scripture teaches us that we are talking about Fallen Angels.

Fallen Angels, (Demons) who I have come to believe are masquerading as ET’s. What do they want?

They want to devour humanity. They are the remnants of Satan’s defeated army that took refuge here on earth following their defeat in the heavens. They are intent on destroying God’s most precious commodity, the human soul. Satan’s inability to crack the code of the human soul, led to rise of the Satanic practice called — Transhumanism.

All of this information was a part of former NSA agent, Vance Davis’ training. I first met Vance in 1992 and I was well-prepared for my meeting with Vance.

To briefly review, the year was 1984 and my father was terminally ill.

I used to visit him on most nights and often stayed till he fell asleep. Through April of 1985, he began to reminisce about his work. He told me that the Germans were 100-200 years ahead of us in physics applications when it came to flight and the physics of flight. His job was to reverse engineer the concepts. 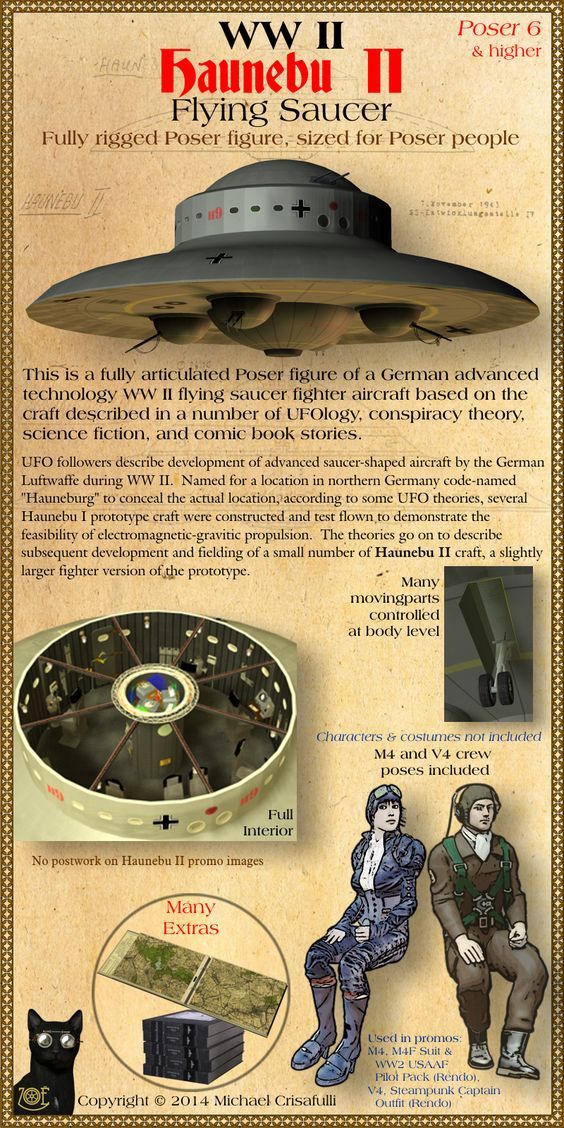 He told me that the Germans told him that the knowledge came from aliens, but they had never met them. It was my father’s belief that the technology came from satanic demons, not aliens.

However, he became aware of Operation Blue Beam, though his work as a Naval Intelligence Officer. He told me that one day, there would be a great deception and “servants of Satan” masquerading as aliens would make their presence known on the Earth as they had done before with the Nazis. 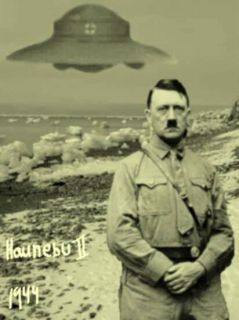 Before his death, my father admonished me to say nothing about the things we discussed because my mother could very well lose both his pensions after his death for revealing classified information and I could lose my life. So I was publicly silent until 2015 when I no longer had to be.

However, I had some interesting personal encounters that reinforced what my father had told me on a number of fronts, but in particular, the reality of Satan’s servants and their bad intentions for humanity.

Werhner Von Braun, made no secret of the fact that the Nazis received an abundance of technical information from extraterrestrials before and during World War II.

This was my introduction into this topic.

Briefly, my knowledge on this topic was greatly enhanced when I met Vance Davis, formerly of the NSA.

In 1992, and for the first time, I heard an episode of Coast to Coast with Art Bell. He was interviewing Vance Davis, from the Gulf Breeze group who were former NSA agents who were working with NATO when they collectively abandoned their posts to warn people about the evil entities that were coming. They were all captured. Vance was held in solitary confinement and was finally pardoned by George H.W. Bush because of the damning information that Vance held and this was before the NDAA which would have allowed for indefinite detention without due process.

The next morning I was able to find a way to reach Vance in this pre-internet world. I sent him a message and said he would want to speak with me about what I knew. I reasoned that he was likely under the same restrictions of disclosure that I was and it would be safe to share stories. The message I left was that my father knew what he knew about some of the topics that he had discussed on Art’s show and that I wanted to speak with him. Vance Davis did not reply to me directly. Instead, he sent  Bill Pawelec, who had a most impressive resume. Pawelec had been in Air Force Intelligence, did contract work for the CIA, owned a TV cable company in retirement and for a brief time, and had actually worked with my father on secret satellite technology at Sunstrand Electric in Westminster, CO.

Following Bill’s death, his wife Annie became my news director for 6 years. Bill and I had a dozen conversations until he invited me to meet with Vance and himself in person. For over three years we shared what we knew with each other.   I eventually met Vance and we became good friends. We spent countless hours going over and over the details of what was really going on and what was really going to happen and there were no reports on the news about what I was learning. In 1997, Vance and Bill Pawelec arranged for me to meet with Jim Marrs at the Phoenix airport. We instantly developed a rapport. A decade later, Jim became a frequent guest on my show, but this was never a topic of discussion except for the one time he said, “one cannot understand the world without first looking at the ET connection”.  After that comment, on Jim’s next appearance on my show, I had 8 shots fired over my house during the last minute of the show. We both felt his earlier comment on ET’s was the reason.

Also in 1997, Bill  Pawelec sponsored a private retreat of “key” people at his home north of Albuquerque.  I was shocked how far the secret space program had advanced in the 12 years since my father’s death.  At this conference, I learned about the existence of stargates and the travel to other realities, not just other planets, but other realities. Vance became more public, but Bill and I stayed in the shadows of this movement. However, I became very aware how corrupt NASA was. Bill introduced me to astronaut Ken Anderson who was a perpetual backup to several moon missions and whose primary job was to train the lunar bound astronauts how to operate the lunar module.

Ken knew of the secret space program and it became all of our belief that astronaut Gus Grissom’s unhappiness and publicly expressed displeasure is why he was murdered in a NASA training “mishap” when he was burned to death because he, too, had publicly questioned where all the advanced technology was going. .

What happened in these above mentioned events has prepared me for what is coming.

We are headed for a war in space, in near space orbit.

The US has a secret space program that militarized space in the early 1950’s.

The CIA and the Air Force were created, along with the NSA to manage the flow of information on this topic, in 1947, the same year as Roswell.

Both Russia and the United States engaged in both a fake and public space program and a militarized secret space program.

On the Surface, The Russians Are Preparing to Match US Dominance In Space

I have previously described the US space program which was the antithesis of NASA. The Russian Cosmonaut-based program was very similar.

An example of the militarized Soviet Space Program comes from the following account which is surprisingly public. During the Cold War, the Soviet Union deployed a Fractional Orbital Bombardment System from 1968 to 1983. Using this system, a nuclear warhead could be placed in low Earth orbit, and later de-orbited to hit any location on the Earth’s surface. This would be secret space program material entered into by the Russians.

Although the Soviets deployed a working version of the system, they were forbidden by the Outer Space Treaty to place live warheads in space, but they did anyway. The treaty was never designed to limit one side or the other, it was designed to fool the media and the public that there was no secret space program and any reference to it was pure fiction. The fractional orbital bombardment system was phased out in January 1983 in compliance with the SALT II treaty of 1979, which, among other things, prohibited the deployment of systems capable of placing WMD’s in such near-earth orbit. Again, this mandate was totally ignored by both sides, it still existed despite the apparent formal treaty. It was a ruse. Was the ignoring of international treaties a product of cooperation in and among the apparent competitors, or was this a conspiracy of deception created by design?

At the 1997, nondisclosure, secretive conference, I was invited to, I was shown un-redacted versions of what would become known as SDS-48, 72 and 80.

These were space shuttle videos taken while the crews were busy with maintenance and on board experiments. Reportedly, they did not witness what the later-leaked videos revealed. One has to remember that the year of my first watching this was 1997. The internet was not in common use and the sophistication to release this information came from a very high source that was not in favor of the secrecy.

The viewing of this first video, which is over 9 minutes long, is very laborious. Here some pointers to save time:

Clearly, this 1990’s video show traditional UFO’s moving under intelligent design and it certainly is not the “ice explanation” given by NASA

In this second video, we see at 20 seconds in a pulse beam weapon fired out of South America at one of the ships. I presume this is a war game. Also, in the later frames we see these craft firing laser based weapons, but there does not appear to be any subsequent damage. Therefore, I concluded that this was a war game between a secret space force controlled by America.

Yesterday, CNN and the NY Times under-reported a key event which took place at the North Pole as the Russians fired 120 missiles into space, presumable, but not necessarily, at American-based space weapons in a mock drill. Be careful to not quickly draw a conclusion of a Russian-American space-based war.

So, where does this leave us? There are several possibilities that I am going to explore in Part 2

One final thought, do you remember when the “fake” Pope said he would baptize aliens if they came to earth? Who does he work for? Anyone ever heard of Mount Graham? Stay tuned…

These possibilities will be examined more closely in a future article.