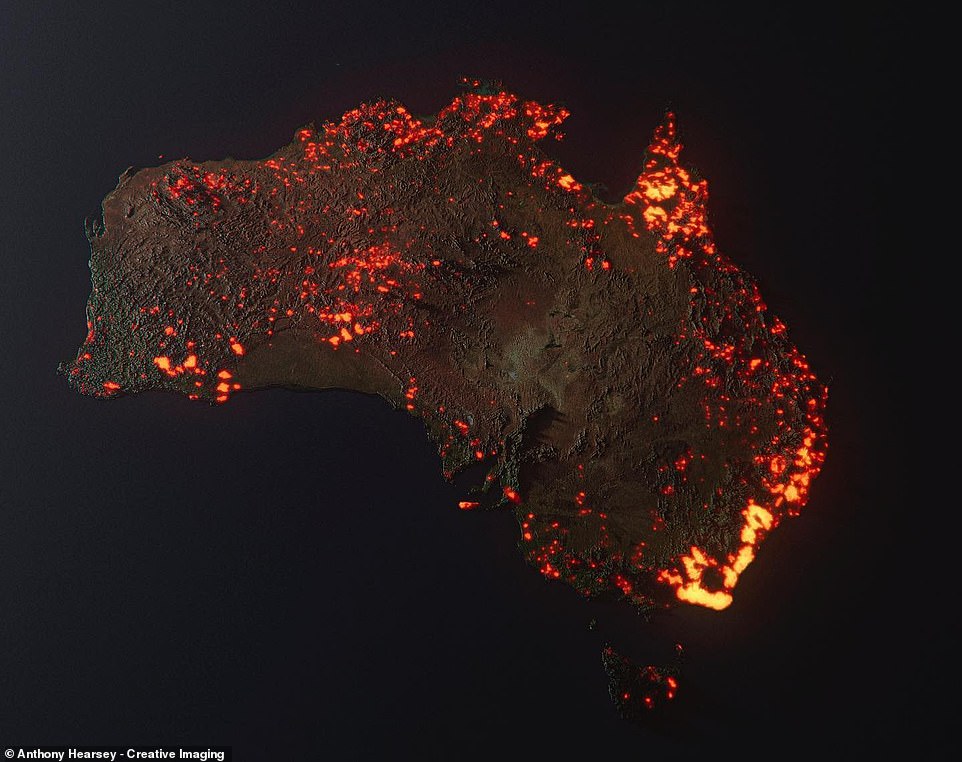 A graphic has revealed the true extent bushfire devastation across Australia, as experts warn the worst is yet to come.

The composite was made using data from NASA‘s satellites and shows where bushfires ravaged the nation between December 5 last year and January 5.

The brightest spots on the graphic are in New South Wales and Victoria, where more than 2,000 homes have been damaged or destroyed by the raging infernos.

The graphic, made using data from NASA’s satellites, shows the where the bushfires have ravaged Australia over the last month

The image’s creator, Anthony Hearsey, explained that it is a 3D visualisation of the fires, and not an actual photograph.

‘Scale is a little exaggerated due to the render’s glow, but generally true to the info from the NASA website,’ he said.

‘Also note that NOT all the areas are still burning, and this is a compilation,’ he added.

At least 25 people are dead and six million hectares of land have been destroyed nationwide – an area similar to size of the Republic of Ireland.

While milder conditions on Tuesday have given emergency crews temporary relief, the weather is set to turn on Friday and climate experts believe the hottest and driest days are yet to come.

Temperatures could hit the mid-30s on the south coast and soar to into the 40s in other parts of NSW by Friday. 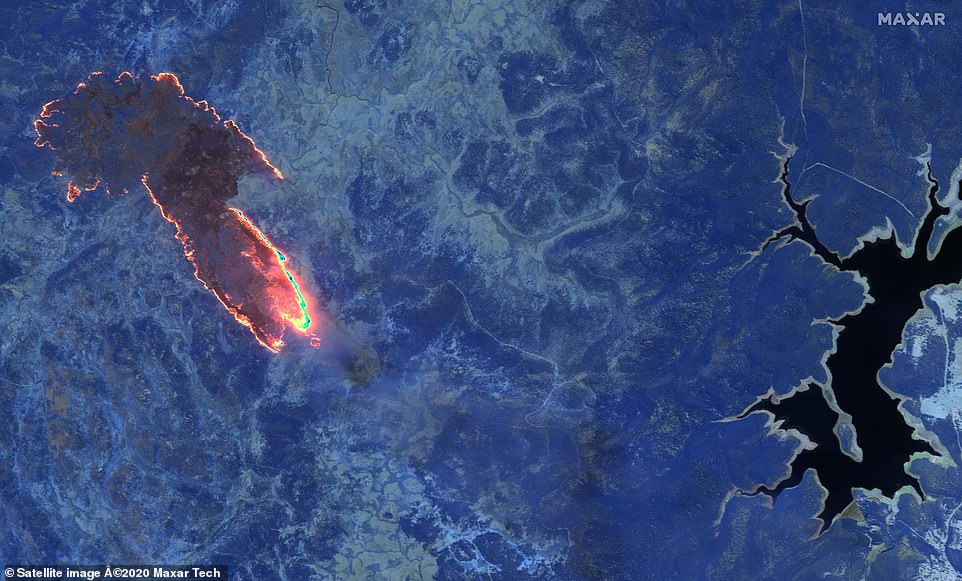 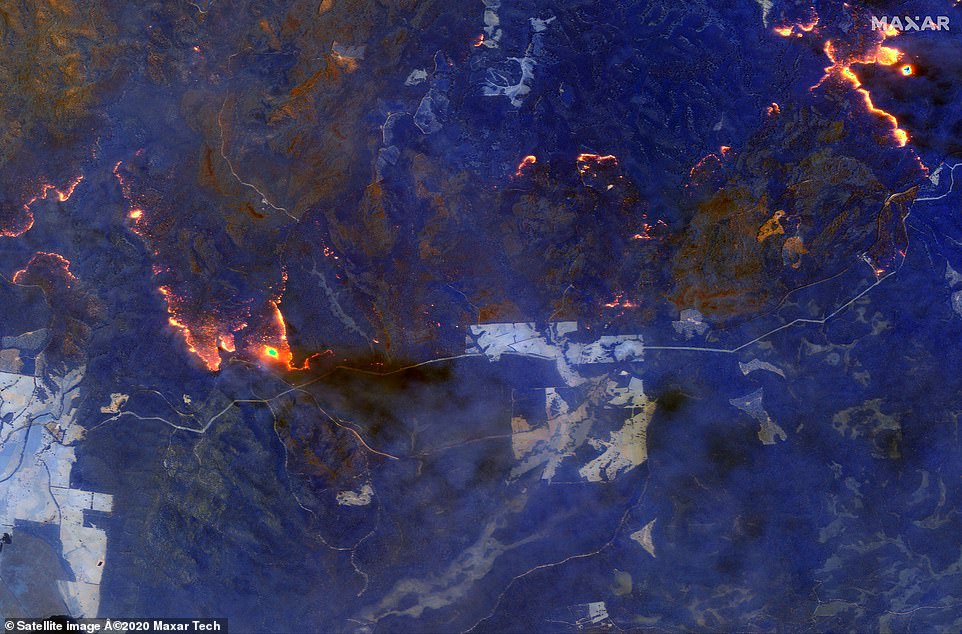 Fire season usually peaks in February – the hottest and driest month when the nation has been hit by the likes of Black Saturday and Ash Wednesday – the worst bushfire disasters in national history.

The Bureau of Meteorology’s (BOM) long-range climate outlook predicted above average temperatures and below average rainfall for much of the east through until at least the end of March.

‘Based off the climate outlooks it doesn’t look like we’re going to see any significant rainfall.’

In a piece for The Conversation, Monash University emeritus professor Neville Nicholls said Australia has already suffered through severe heatwaves this summer, but it may get worse.

‘They usually peak in the middle and end of summer, so the worst may be yet to come.’

Billions of animals are believed to have perished in the blazes and experts fear some may now be extinct.

As the unprecedented crisis worsens with warnings of power brown outs, NSW transport minister and MP for the fire-ravaged south coast, Andrew Constance, compared the fires to ‘an atomic bomb’. 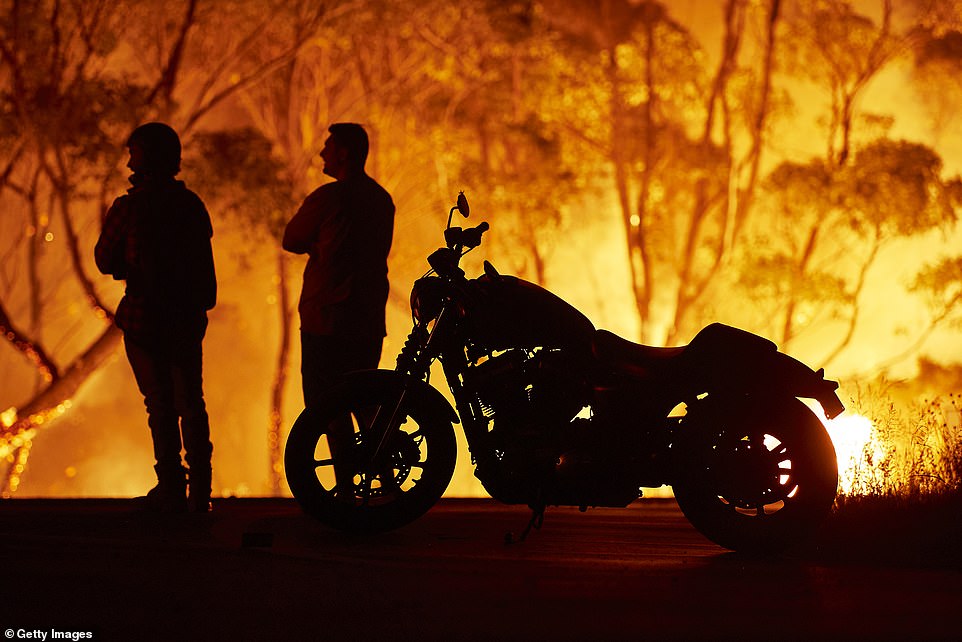 Residents look on as flames burn through bush on January 4 in Lake Tabourie, NSW 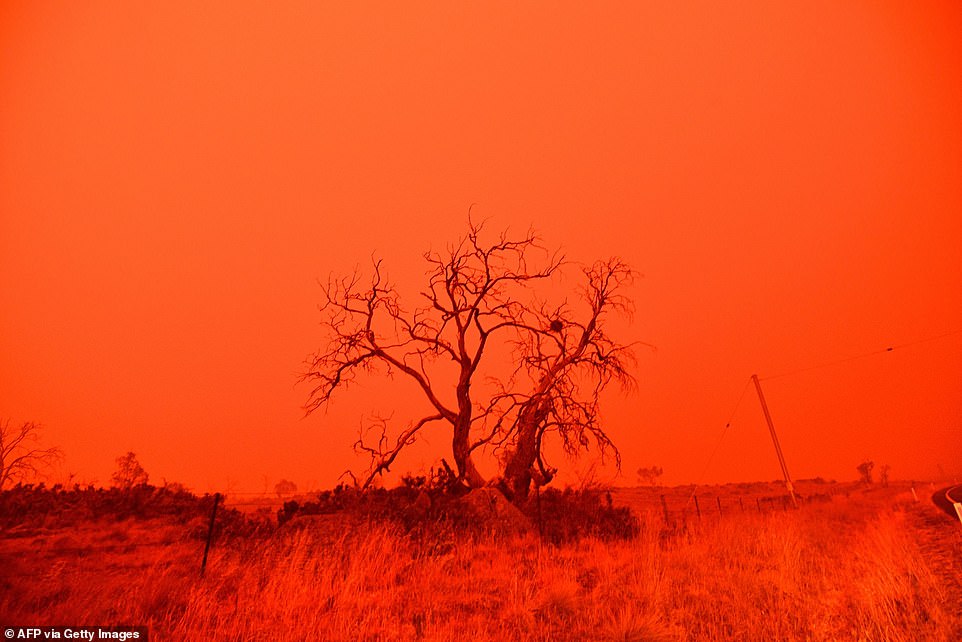 ‘I’ve got to be honest with you, this isn’t a bushfire it’s an atomic bomb,’ he said, as he revealed he had been defending his own home from embers.

Power cuts hit 15,000 people in Sydney’s north and south-west on Saturday night, while homes in the Newcastle suburbs of Fletcher and Wallsend were also affected.

More than 130 fires are still ravaging the parched land nation-wide.

AUSTRALIA’S BUSHFIRE CRISIS – WHAT YOU NEED TO KNOW

Evacuations are underway and emergency alerts are in place in NSW, Victoria and South Australia as authorities predict the devastating bushfires will continue burning until at least March.

2 thoughts on “Australia: A Nation on Fire — Astonishing Graphic shows the True Scale of Bushfires”