A gymnasium, an exhibition center and a cultural building complex in #Wuhan will be turned into temporary hospitals; 3,400 beds will be added to take in #coronavirus patients with mild symptoms. http://bit.ly/2uh1wXJ 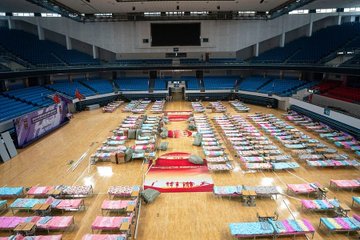 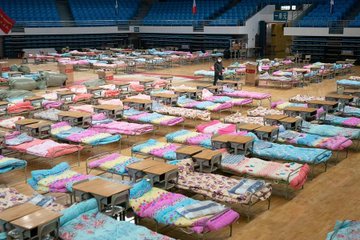 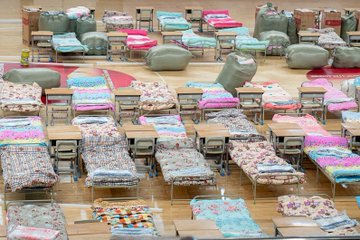 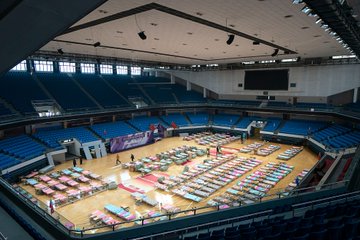 On Tuesday, local authorities in Wuhan announced plans to transform another eight venues into makeshift medical facilities, Xinhua reports. Chinese state media did not clarify which facilities in particular would be chosen but revealed that like the other three places chosen, the venues selected would include places like sports centres, gymnasiums, and exhibition halls.

The three facilities that have already been converted offer 3,400 beds. In total, the 11 temporary hospitals will provide more than 10,000 beds for coronavirus patients. The conversion process for these places is expected to be completed on Wednesday. Wuhan, a city with a population of 11 million people, has many hospitals and clinics available, but as the virus continues to spread, hitting the city and the larger province hard, additional care facilities are needed.

On Tuesday, 3,156 new cases of the virus and 65 new deaths were reported in Hubei, bringing the total infection numbers for the province up to 16,678 with deaths totaling 479, according to the semi-official Global Times. Chinese state-broadcaster CGTN reported that the 11 shelter hospitals will be primarily used for “emergency aid, surgical treatment, and clinical examination.” These facilities will be for individuals with mild coronavirus symptoms.

They have built Huoshenshan Hospital overnight which will give the authorities another 1000 beds,

The other hospital will house another 1600 beds.

Now with the new centres and sports stadiums being converted to hospitals will provide an additional 10000 beds.

Does that sound enough to you??

As the epicenter of the novel coronavirus outbreak, Wuhan has reported 8,351 cases by Tuesday with 362 deaths.

A lot of people in the city with infection symptoms are short of proper medical treatment and flooded the designated hospitals, which will potentially increase the chances of cross-infection.

To tackle the situation, a mechanism to take and treat patients accordingly is gradually taking shape in Wuhan, with two makeshift hospitals, three shelter hospitals and numerous community hospitals put in place alongside the designated hospitals.

According to Hu, apart from the hospitals, a number of 132 community isolation points with a total bed capacity of 12,571 were also established, and 5,425 people were put in quarantine there accordingly as of Tuesday.

Three shelter hospitals which are transferred from major city venues will also put into use shortly and provide 4,400 beds for mildly infected patients.

In Wuhan, 28 designated hospitals will only take in patients in critical conditions in an attempt to better allocate medical resources.