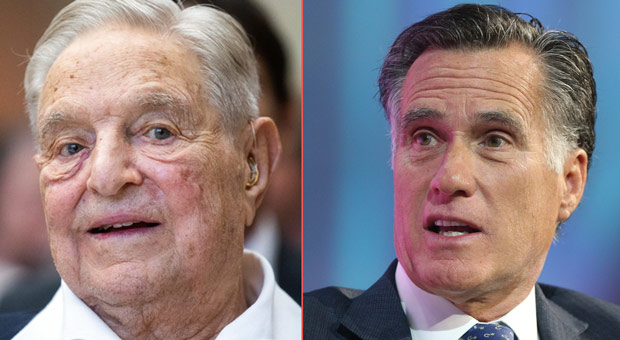 .According to political donations records, it has now been revealed that Romney is now also on the George Soros’ payroll.

The Utah senator left his Republican colleagues stunned when he sided with Democrats to shun his own party and vote to convict President Donald Trump in the partisan impeachment trial.

According to OpenSecrets.org, Romney has accepted at least $17,500 from Soros Fund Management.The organization is a left-wing influence operation funded by George Soros.

The donations listed are the ones made by publically by Soros, who has a track record for “immoral” financial activity.Hungarian-born Soros is widely regarded as the man who broke the Bank of England in 1992.

He was also declared a “financial terrorist” in Malaysia and found guilty of insider trading in Europe.

George Soros has a reputation for having little respect for the law and no interest in playing by the rules. By accepting money from Soros, the move will surely raise further questions regarding Romney’s credibility.

Remarkably for a Republican, Romney actually makes the top 20 of politicians who have accepted money from Soros Fund Management.

First, he was notified by a tweet from the chair of the Conservative Political Action Conference (CPAC) Matt Schlapp that he was “not invited” to the annual conference.Schlapp’s decision came after Romney became one of two Republicans in the Senate to vote to call additional witnesses in the impeachment trial of President Donald Trump.“The ‘extreme conservative’ and Junior Senator from the great state of Utah,

@SenatorRomney is formally NOT invited to #CPAC2020,” Schlapp tweeted. 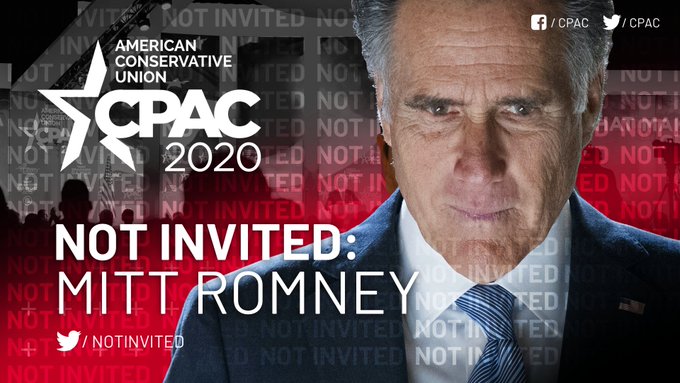 And now a lawmaker has filed a bill to allow Utah citzens to recall an elected United States senator.

The lawmaker, Rep. Tim Quinn, R-Heber City, told the Deseret News in an interview shortly after the bill was made public that it’s not meant to target any specific sitting Utah senator — but it comes amid heightened national attention on Sen. Mitt Romney, who has been among the few Republican senators publicly critical of President Donald Trump.While Quinn said his bill isn’t aimed at Romney or any specific senator, he acknowledged his bill comes at a time that people will likely construe it that way.“I know that’s what’s going to be the narrative,” Quinn said.“If it were, then it might make sense to have a sunset on it.”