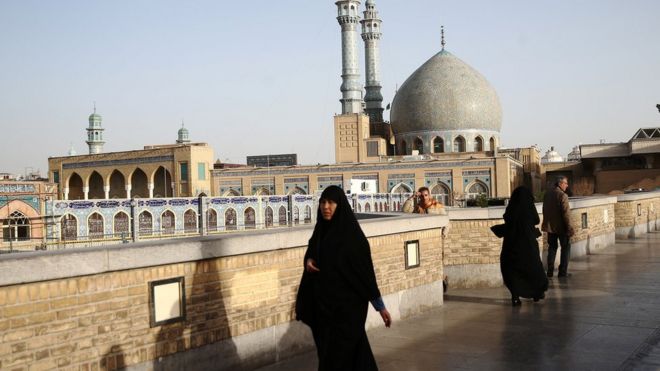 Updated earlier today at 6:02am

Two Iranians have died in hospital after testing positive for the new coronavirus in the city of Qom, the head of the city’s University of Medical Sciences told Mehr news agency.

Iranian authorities earlier confirmed the country’s first two cases of the virus shortly after reports that preliminary tests had come back positive.

ISNA news agency quoted an official in the country’s health ministry, Kiyanoush Jahanpour, as saying that over the last two days, “some suspected cases of the new coronavirus were found” and the patients had been put in isolation.

Mr Jahanpour did not say how many people were suspected of having the virus or comment on the origins or recent travel of the two people infected, but some reports suggested that they were Iranian nationals.

Iran is the 28th country or territory to report a coronavirus infection, according to Centre for Disease Control data collated by Johns Hopkins University.

The highest number of cases outside of china have been reported by Singapore with 81 and Japan now with 74.

The new virus comes from a large family of what are known as coronaviruses, some causing nothing worse than a cold.

This new strand, recently labelled COVID-19 by the World Health Organisation, causes cold and flu-like symptoms, including cough and fever, and in more severe cases, shortness of breath.

It can worsen to pneumonia, which can be fatal.

Coronavirus in the Middle East

Iran has applied safety measures on arrival flights at its airports to control a possible spread of the virus.

Elsewhere in the Middle East, nine cases have been confirmed in the United Arab Emirates, seven of them Chinese nationals, one Indian and one Filipino, while Egypt’s Health Ministry confirmed its first case last Friday.

Egypt’s Health Ministry only identified its sole case as a foreigner who is carrying the virus but not showing any serious symptoms.

The ministry said the person was hospitalised and in isolation. It did not specify the person’s nationality or what port of entry he or she arrived at in Egypt.

The case in Egypt was also the first on the African continent. Experts and African leaders have expressed concern that should the virus spread there, it might wreak havoc among less developed countries with fewer health resources.

‘Iran has always stood by China’

On Tuesday (local time), Tehran expressed solidarity with China in the fight against coronavirus with a light projection displayed on the famous Azadi, or Freedom, Tower.

#Tehran‘s landmark Azadi tower lit up in solidarity with Chinese people as they fight novel coronavirus. 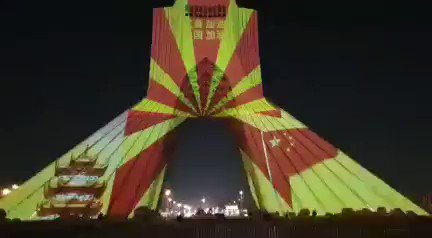 50 people are talking about this

The display included both the Iranian and Chinese flags side by side and the words “Help Wuhan fight the virus”.

“People from all over the country were united in their hearts, so that there was confidence that China would win the epidemic prevention and control war,” he tweeted in Chinese.

“Regardless of adversity or adversity, Iran has always stood by the Chinese people.”

“You are the first foreign minister who sent sympathies to the Chinese people since the outbreak of the novel coronavirus, which fully reflects the profound friendship between the people of the two countries, who support each other and tackle difficulties in a cooperative manner,” Mr Wang said.

Elderly people die in hospital after testing positive for coronavirus in the holy city of Qom, officials say.

Tehran, Iran – Two elderly people have died in Iran after testing positive for the new coronavirus, according to health officials.

The deaths on Wednesday were the outbreak’s first fatalities in the Middle East.

“Two elderly people have died due to coronavirus in the city of Qom, south of Tehran,” Alireza Vahabzadeh, an adviser to Iran’s health minister, told Al Jazeera on Wednesday.

“The two victims had suffered acute lung infections due to their infection with the coronavirus,” he added.

Earlier in the day, Kianoush Jahanpour, spokesman for Iran’s ministry of health, said the two people had tested positive for the virus in preliminary results and died due to immune deficiencies and old age.

There was no immediate information about the gender and the exact age of the victims.

Last month, the United Arab Emirates was the first country in the Middle East to report cases of the new coronavirus.

Meanwhile, during a visit earlier on Wednesday to Qom to assess the situation, Qasem Jan-Babaei, Iran’s deputy health minister, told  local news agencies that the ministry had set up emergency units for the treatment of contagious diseases in the holy city.

“We urge people to avoid shaking hands and kissing, to observe personal hygiene and preferably avoid crowded places,” said Babaei, adding that there was no reason to panic.

Ali Gholizadeh, an Iranian public health policy researcher at the University of Science and Technology of China, said Iran’s health ministry was prepared to manage the virus, but added that the victims’ relatives should be quarantined “until we are sure they are not infected”.

“People in Iran should not panic,” he stressed, citing the virus’s extremely low mortality rate.

Earlier this week, the World Health Organization (WHO) said the coronavirus caused only mild disease in four out of five people infected.

Citing Chinese data, WHO chief Tedros Adhanom Ghebreyesus said 14 percent of those who get it suffer from severe complications such as pneumonia, five percent are in critical condition and two percent die from the disease.