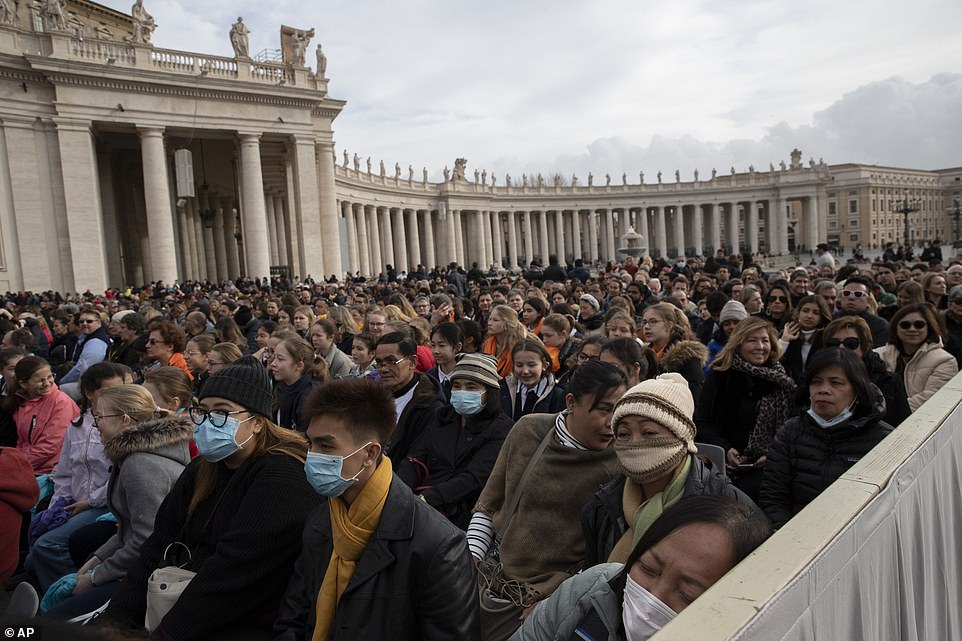 Faithful wear face masks as they wait for Francis arrival in St. Peter’s Square at the Vatican for his weekly general audience

By CHRIS PLEASANCE FOR MAILONLINE  and PRESS ASSOCIATION

Pope Francis has been forced to cancel a planned Mass in Rome with other clergy after suffering a ‘slight illness’.

The Vatican said the 83-year-old pontiff had a ‘slight indisposition’ that meant he did not attend an event at the St John Lateran basilica in Rome on Thursday morning.

A spokesman said Francis would continue with the rest of his day’s business, but preferred to stay within the Vatican rather than travel across the city.

There was no word from the Vatican about the nature of his illness, but the pope was seen coughing and blowing his nose during the Ash Wednesday Mass. 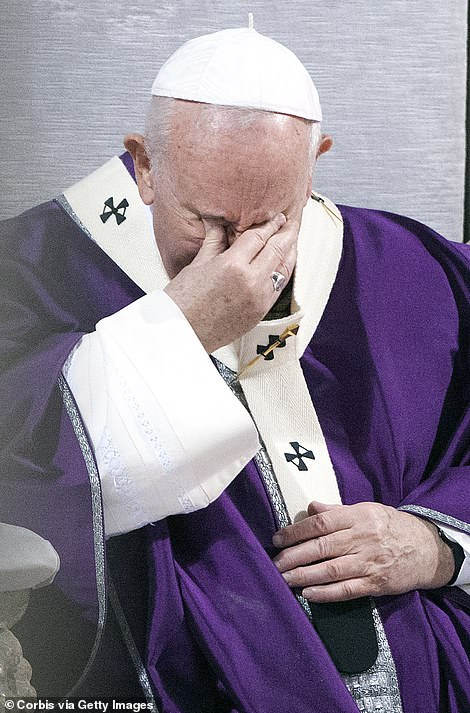 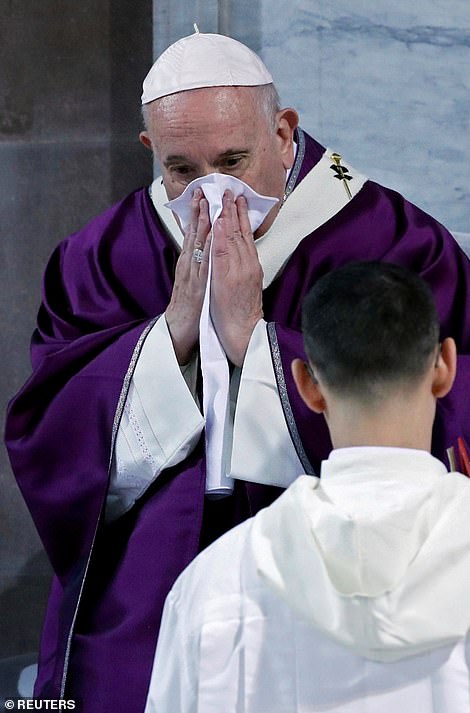 Pope Francis has cancelled an event in Rome on Thursday morning due to a ‘slight illness’, a day after he was pictured coughing and blowing his nose during Ash Wednesday Mass 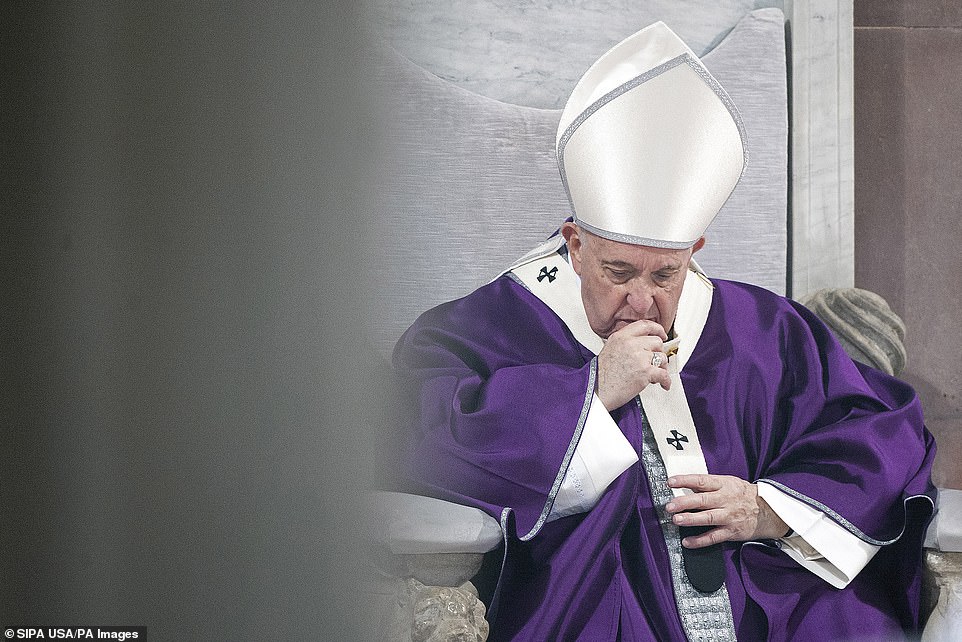 The Vatican said that Francis failed to attend a morning Mass at the Basilica di San Giovanni in Laterano because of a ‘slight indisposition’, having appeared unwell the previous evening

Pope Francis as arrives to lead the Ash Wednesday Mass, where he appeared unwell during the ceremony 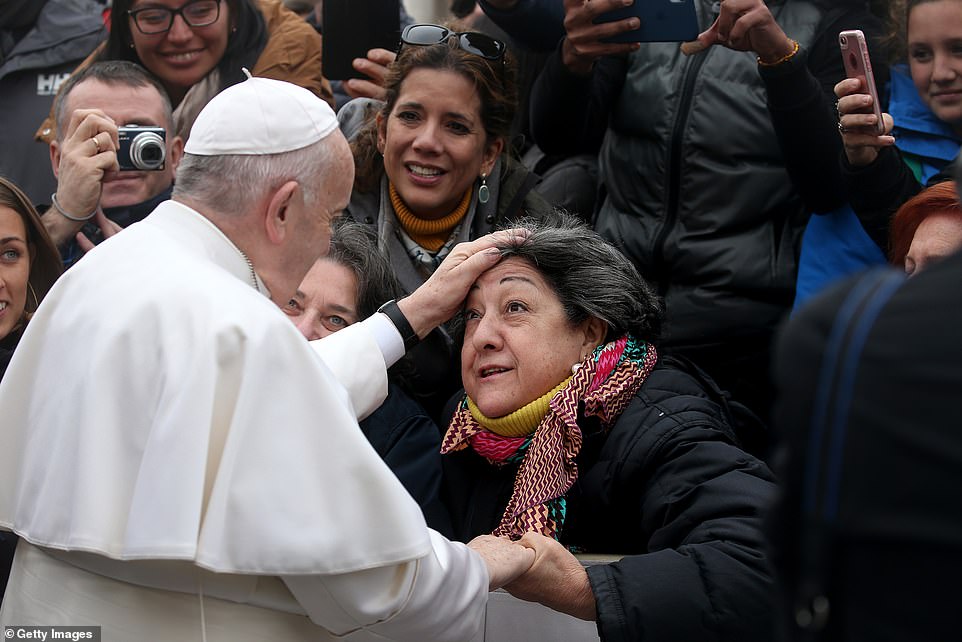 Earlier in the day Francis had met with crowds in St Peter’s Square where he touched hands and kissed faces, despite warnings over coronavirus 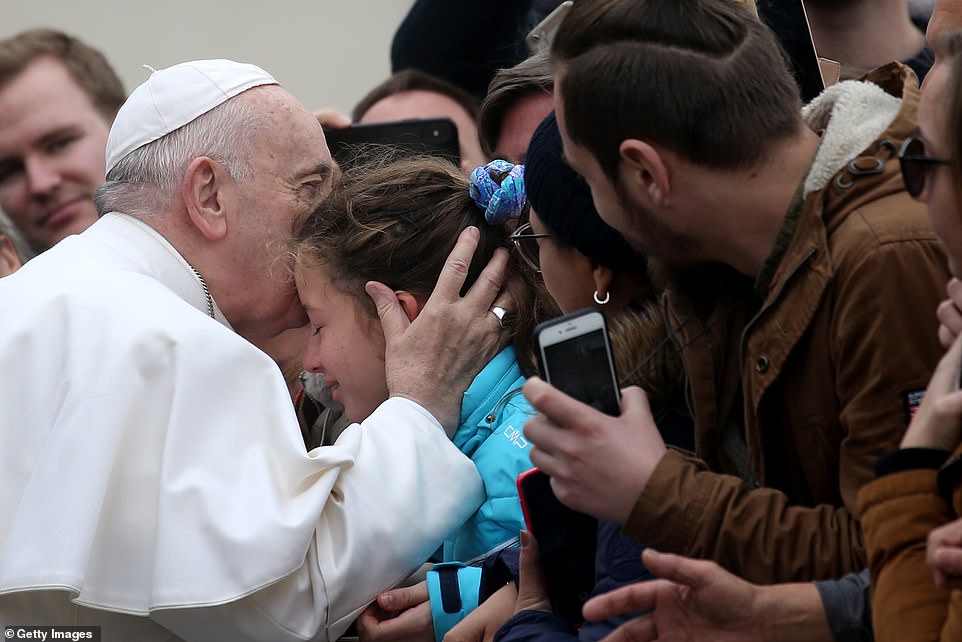 Northern Italy is currently in the grips of a coronavirus outbreak, which has spread across the country. Cases have been confirmed in Rome, where the Vatican is located 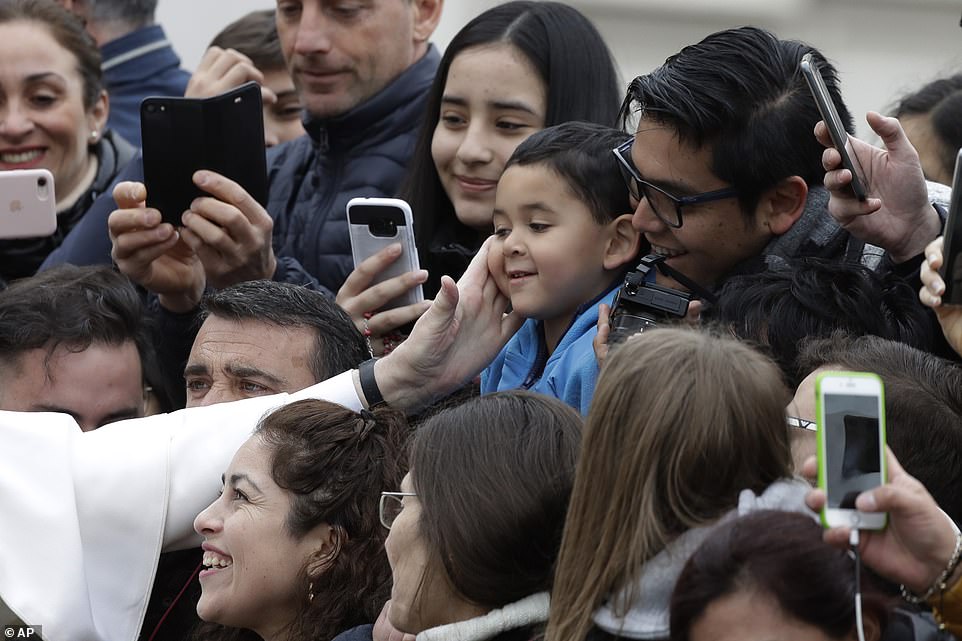 Pope Francis caresses a child’s cheek as he takes part in his weekly general audience at the Vatican, a day before missing an engagement due to illness 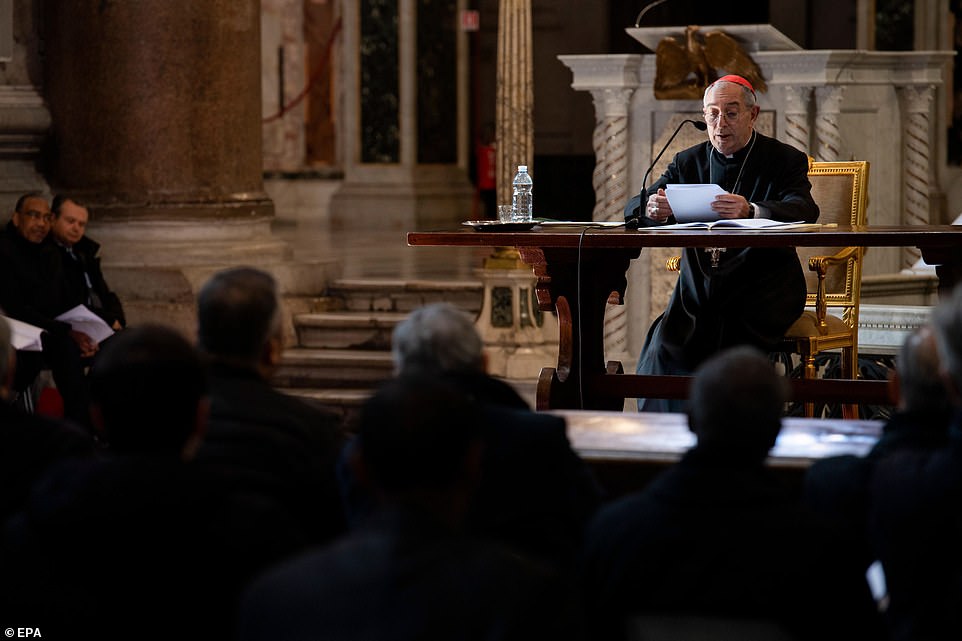 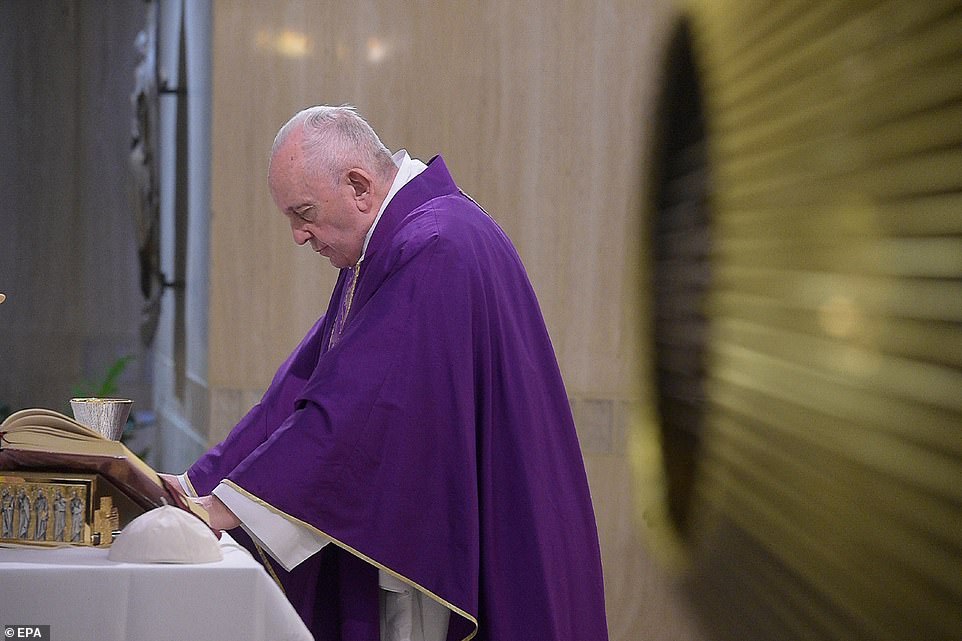 Francis did later emerge to hold Mass at the Church of Saint Martha in Vatican City, with officials insisting that he would carry out the rest of his day’s duties

Italy is currently in the grips of a coronavirus outbreak that has seen towns in the north placed on lockdown and travellers from the region spread the infection to previously unaffected areas of Europe.

Rome had three cases, but all three were cured.

Pope Francis had been scheduled to go to the St John Lateran basilica to meet with Rome clergy and celebrate a penitential Mass at the start of Lent.

Francis is bishop of Rome, but delegates the day-to-day running of the archdiocese to a vicar.

The Argentine pope has generally enjoyed good health. He lost part of one lung as a young man because of a respiratory illness, and suffers from sciatica, which makes walking difficult.

Francis has had a busy schedule lately, including his public general audience on Wednesday and the Ash Wednesday service later in the day in a Roman basilica.

It comes as 50 more cases – including eight children – of COVID-19 have now been confirmed in Italy, taking the toll past 370. Twelve patients have died.

The Pope’s ‘slight illness’ comes  a day after he kissed heads and touched faces as he met with crowds in St Peter’s Square, saying he had solidarity with those suffering from coronavirus.