Sense of crisis deepens in U.S. as worldwide cases approach 100,000.

The U.S. government rushed testing kits to a cruise ship quarantined off the coast of California on Thursday as the number of new cases and deaths related to the coronavirus in the United States continued to rise.

So far, 14 deaths have been linked to the virus — all but one in the Seattle area — with more than 200 confirmed cases across the country.

Reports of cases in New Jersey, Maryland and Tennessee brought the number of states with infected patients to 19, and Gov. Larry Hogan of Maryland declared a state of emergency.

Around the world, there were more than 98,000 cases and more than 3,300 deaths. A global database maintained by Johns Hopkins counts more than 53,600 recoveries from the virus.

With the caseload in Europe passing 5,000 and rising fast, major conferences, trade shows, cultural events and sporting competitions have been canceled.
Officials warned that the outbreaks — the largest is in Italy, but France, Germany and Spain are also being hit hard — will continue to grow.

Italy and Iran ordered all schools and universities to close. New Delhi did the same. School closures have affected roughly 300 million students globally.

The number of coronavirus cases in Britain has climbed to 115, and on Thursday the country reported its first fatality. Prime Minister Boris Johnson spoke about how a health system sapped by years of austerity-driven reductions in budget growth would try to cope. 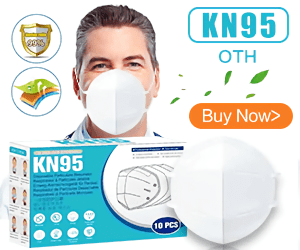 U.S. health officials are closely monitoring for coronavirus cases in the United States.

This map will be updated as more cases in the U.S. are confirmed. As of March 5, there were over 200 cases confirmed in the U.S., based on NBC News reporting. Around 50 of the cases are in individuals evacuated from either Wuhan, China or the Diamond Princess cruise ship.

Eleven people — 10 in Washington state and one in California — have died.

At least 15 patients have recovered: Six in California, four in Nebraska, two in Illinois, one in Washington, one in Arizona and one in Wisconsin.

The virus has infected more than 98,700 people in at least 83 countries.

The number of confirmed cases of the new coronavirus in New York State doubled on Thursday to 22, with officials announcing two additional cases in New York City, eight new cases in Westchester County and one on Long Island.

The virus’s potential reach was underscored by a much larger number:

As of Thursday morning, the city Department of Health was monitoring 2,773 New Yorkers currently in home isolation, most of them in self-quarantine.

Most of them had recently traveled to one of five countries where the outbreak has been most severe — China, Italy, Iran, South Korea or Japan — according to Dr. Oxiris Barbot, the city health commissioner.

At least two New Yorkers — a health care worker who has tested positive after visiting Iran and her husband, who tested negative — are under mandatory quarantine in their Manhattan home.

The eight new Westchester cases were all connected with a man from New Rochelle who is hospitalized, adding to eight that were found the day before. The two new New York City patients — a man in his 40s and a woman in her 80s — and the Long Island case, a 42-year-old man in Nassau County — were hospitalized after testing positive.