Italian streets and piazzas were empty today while shoppers crammed into supermarkets to stock up for a lengthy quarantine as the country began an unprecedented nationwide lockdown.

Tourist favourites including Milan’s shopping galleries, Rome’s Spanish Steps and Vatican’s St Peter’s Square were all but deserted today after the drastic coronavirus measures were extended to the entire country last night.

Panic-buyers were packing into supermarkets this morning with queues stretching outside because of a rule that demands a 3ft gap between shoppers – meaning only a limited number can go inside at once.

In Naples, police were roaming the streets with a loudhailer last night to warn people to ‘stay indoors, avoid unnecessary outings and avoid crowded places’ because of the ‘coronavirus emergency’.

Prime minister Giuseppe Conte declared last night that ‘everyone must give up something to protect the health of citizens’ with 9,000 virus cases confirmed in Italy and 463 people dead.

Anyone with a fever has been ordered to stay indoors with travel banned except in emergencies and public gatherings including weddings, funerals and sports fixtures shut down.

The virus is spreading so quickly that doctors are now having to make life-or-death decisions about who gets access to intensive care.

British Airways and Jet2 have today cancelled all their hundreds of flights to and from Italy until April at the earliest and easyJet has grounded most services – but people are still flowing into Britain from without checks.

BA has axed its 60 flights a day to cities including Milan, Venice and Rome while Jet2 has gone even further and cancelled its services for almost two months until April 26.

EasyJet has stopped the majority of its flights to northern Italy but planes will still fly from southern cities such as Rome and Naples despite the blanket travel ban imposed by the Italian government.

Many British travellers returning home on the last few flights out of Italy told MailOnline today they had no idea the Government was now demanding they go into quarantine for 14 days as soon as they land in the UK. They must also find their way home by public transport if they are not driving themselves home. 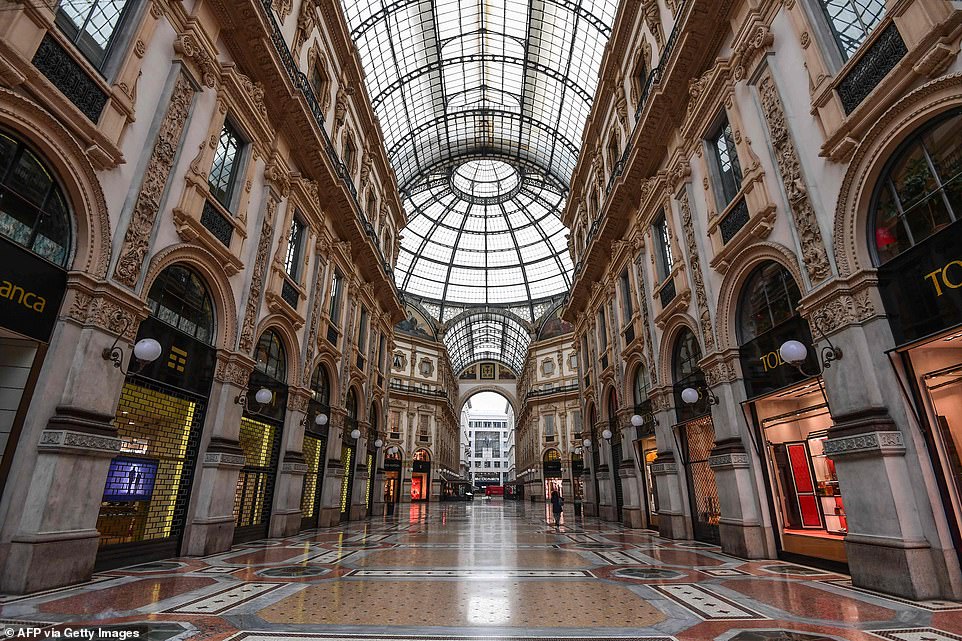 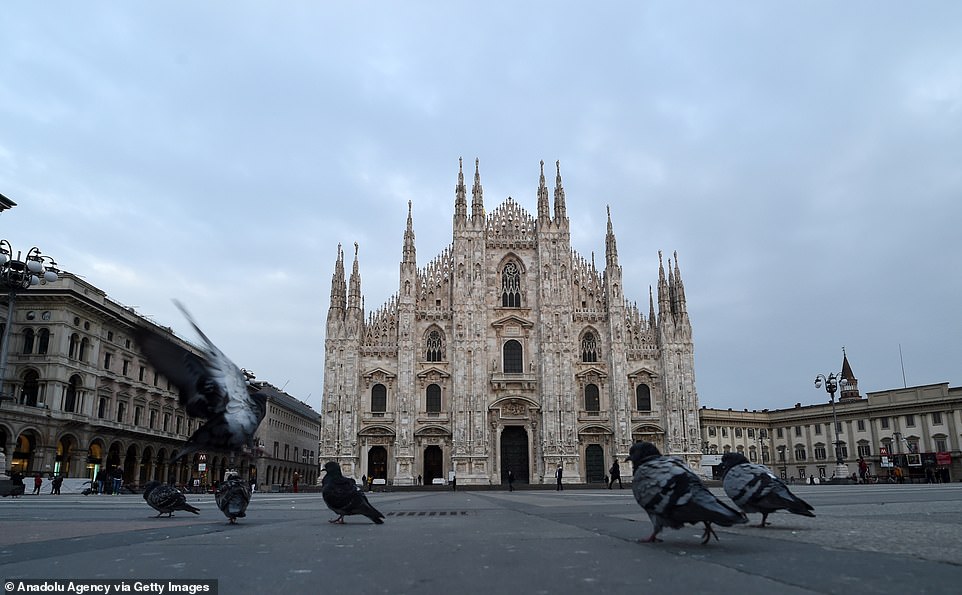 Pigeons are the only crowd in sight in Milan’s Piazza del Duomo today, usually a tourist hotspot. The Duomo cathedral was already closed because of the coronavirus outbreak 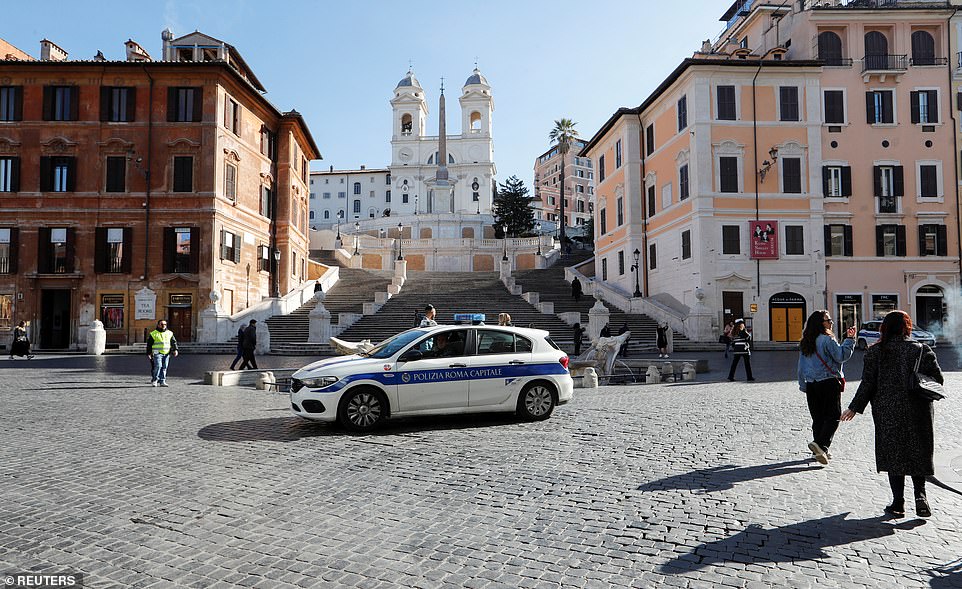 A police car is parked near the Spanish Steps in Rome, which are usually a popular place for tourists to sit but are nearly deserted today because of the quarantine 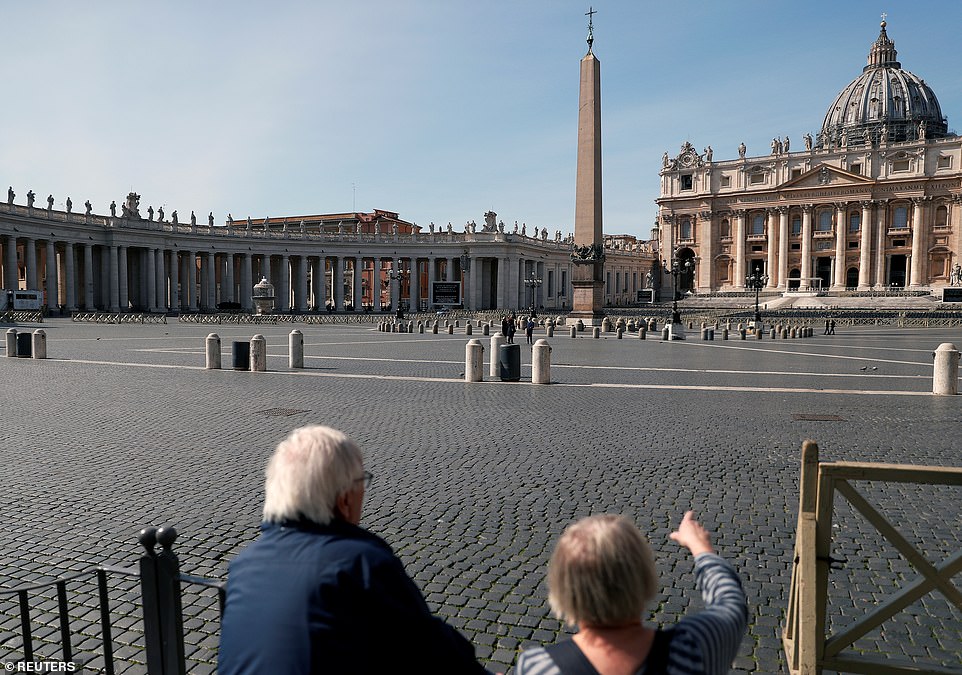 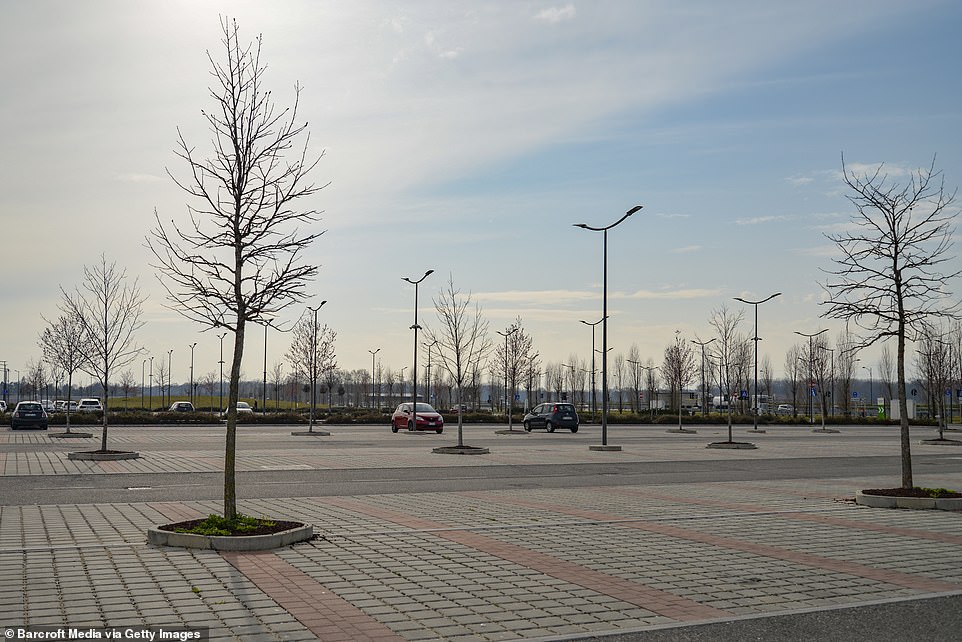 A nearly empty car park at a deserted shopping centre in Turin this morning, in northern Italy at the centre of the outbreak 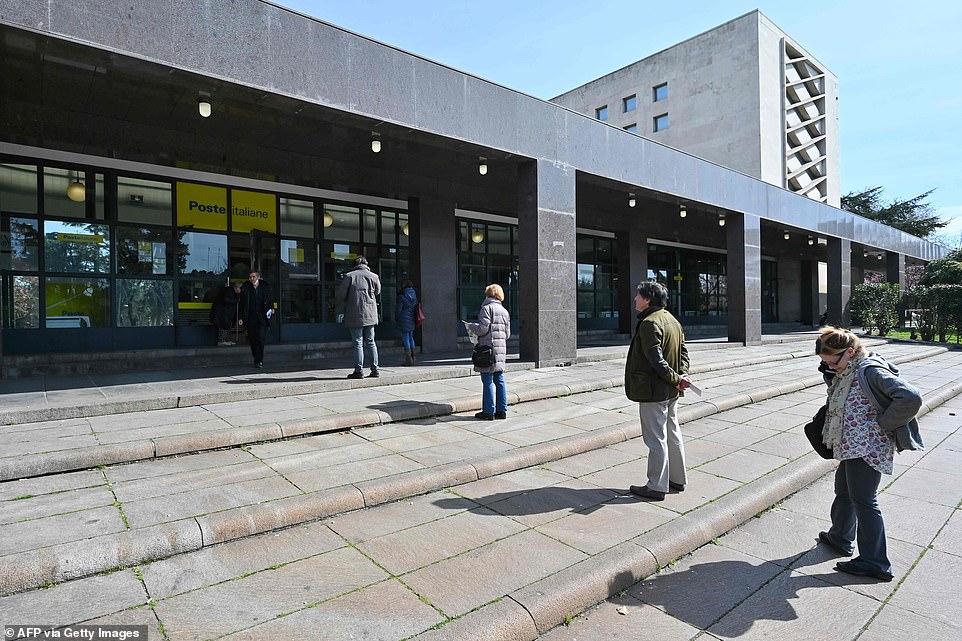 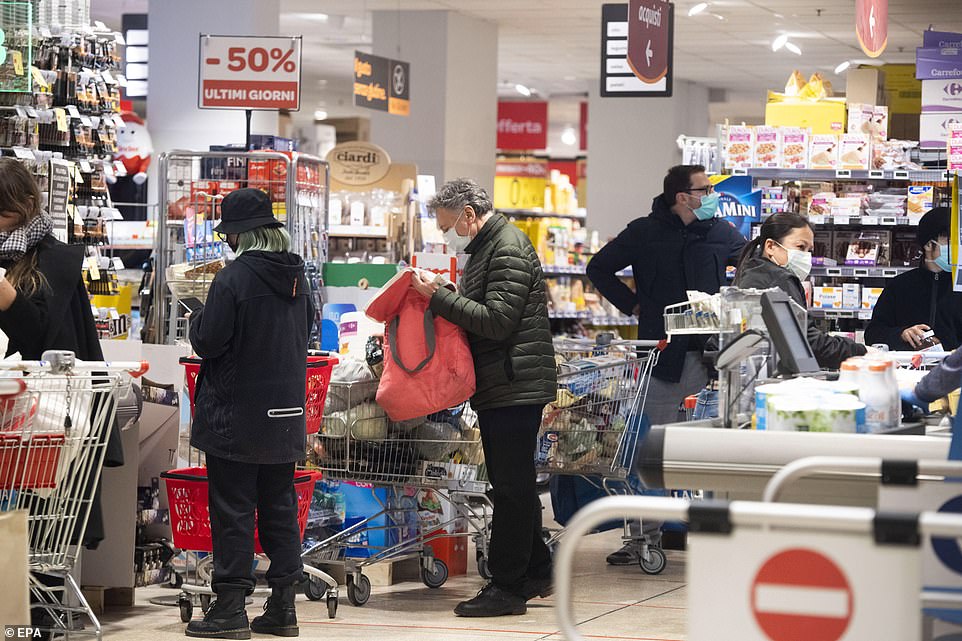 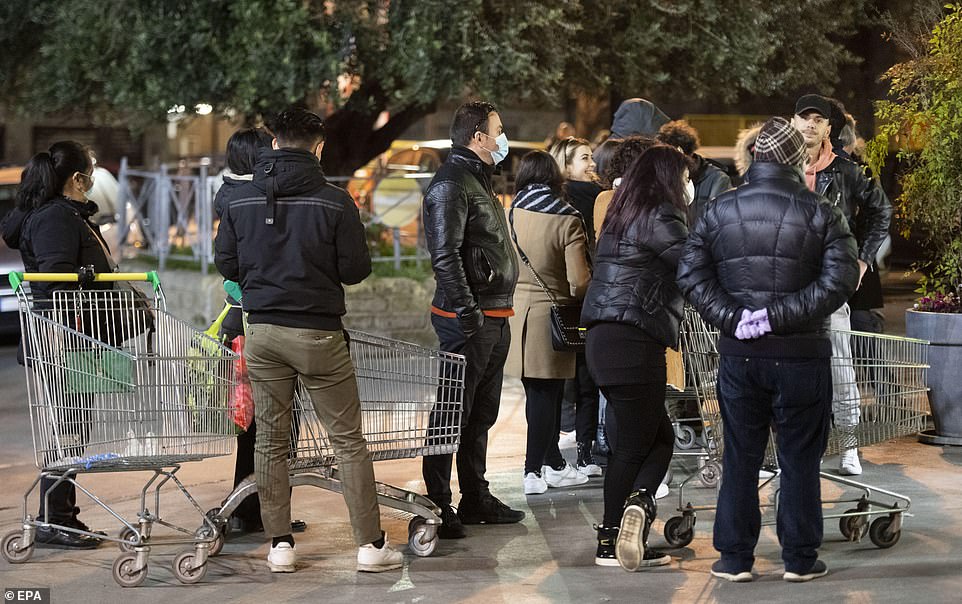 A crowd of people with shopping trolleys, some of them wearing masks, gather outside a supermarket in Rome this morning