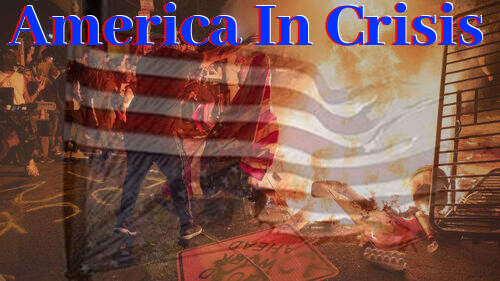 Dumbed Down Americans Are Diving Headfirst Into The Trap

Globalists Are At War With Humanity & Extermination Is Their Goal

With ‘stage 1’ of the globalists sinister blueprint to lock down America via the ‘covid-19 planned-demic’ still ongoing across much of the country, we’ve now fully entered ‘stage 2’, with rioting and civil unrest across America pushing the country closer and closer to martial law every day. And the stories that lined up nearly one after another over at Zero Hedge on Tuesday read like a nation on not only the very edge of civil war/revolution but a nation in it’s ‘death throes’.:

America Is Literally Coming Apart At The Seams

Silicon Valley Has Effectively Banned The Freedom Of Speech. It’s Time We Take It Back

With our hearts going out to 77-year old David Dorn, a retired St. Louis City police captain who was shot and killed overnight while he was trying to stop looters outside of a North City pawn shop, we immediately see the utter hypocrisy of everything now happening, with ‘black lives’ surely NOT mattering to those using ‘protesting’ to carry out a murderous act of a black man who had served his community for over 40 years.

And while CNN refused to even mention Captain Dorn by name, likely because it goes against their ‘chosen narrative’ as Jack Posobiec pointed out on twitter, President Trump didn’t make the same mistake, tweeting: “Our highest respect to the family of David Dorn, a Great Police Captain from St. Louis, who was viciously shot and killed by despicable looters last night. We honor our police officers, perhaps more than ever before. Thank you!”

So with huge parts of America now in flames while rioting continues, and the violence and chaos being unleashed in America largely drowning out any peaceful protests, we’re going to be taking a look within this ANP story at several of those stories above as well as this new story by John W. Whitehead over at the Rutherford Institute titled “This Is Not a Revolution. It’s a Blueprint for Locking Down the Nation”.

(PLEASE HELP SUPPORT ANP: With Independent Media being censored on almost every internet platform, reader donations are what keeps websites like ANP up and running. Your donations are greatly appreciated. Thank you, Stefan and Susan.) 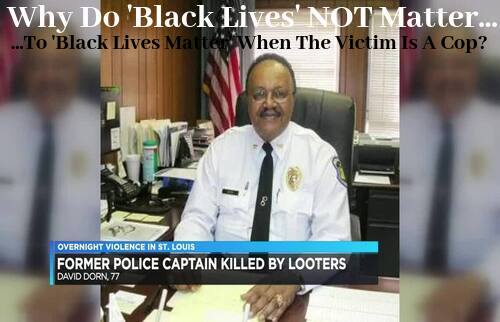 We’ll start off here with an important excerpt from this new story by John W. Whitehead within which he warns of the absolute disaster we’re headed to if we stay on the same path that we are now on.

“When it gets down to having to use violence, then you are playing the system’s game. The establishment will irritate you—pull your beard, flick your face—to make you fight. Because once they’ve got you violent, then they know how to handle you.”—John Lennon

There is something being concocted in the dens of power, far beyond the public eye, and it doesn’t bode well for the future of this country.

Anytime you have an entire nation so mesmerized by political theater and public spectacle that they are oblivious to all else, you’d better beware.

Anytime you have a government that operates in the shadows, speaks in a language of force, and rules by fiat, you’d better beware.

And anytime you have a government so far removed from its people as to ensure that they are never seen, heard or heeded by those elected to represent them, you’d better beware.

What is unfolding before us is not a revolution. The looting, the burning, the rioting, the violence: this is an anti-revolution.

The protesters are playing right into the government’s hands, because the powers-that-be want this.

They want an excuse to lockdown the nation and throw the switch to all-out martial law.

They want a reason to make the police state stronger.

It’s happening faster than we can keep up.

Yet while Rutherford makes great points, especially with everything now unfolding as it is with looting and riots across America following the George Floyd ‘incident’ and no sign things will get better any time soon, we really shouldn’t be the least bit surprised by any of it.

As Michael Snyder reported in a new story republished at Zero Hedge, more and more signs continue to emerge that all of this was a massive set-up to bring an internal uprising to the United States, something that our ‘deep state’ is well practiced in having unleashed ‘color revolutions’ across the world. From Snyder’s story:

Violence has erupted in major cities all over America yet again today, and we are being told to brace ourselves for more rioting, looting and civil unrest in the days ahead. The death of George Floyd was a great tragedy, and the vast majority of Americans agree that we do not want to see that sort of police brutality in our nation, and so this should actually be a moment that brings our country together. But instead, America is being torn apart.

The protests against police brutality have been hijacked by sinister forces, and they are attempting to channel the outrage over George Floyd’s death in a very violent direction. As you will see below, law enforcement authorities all over the U.S. are telling us that they have identified a highly organized effort to orchestrate violence, and this appears to be happening on a nationwide basis.

The thin veneer of civilization that we all take for granted on a daily basis is disappearing, and a lot of people believe that a lot more civil unrest is ahead.

Our nation is more deeply divided than it has ever been in my entire lifetime, and that is not likely to change any time soon.

So I would very much encourage you to do whatever you need to do to get yourself and your family prepared for what is coming, because America appears to be on the precipice of complete and utter chaos.

And Snyder’s story also detailed for us the many different things that give authorities reason to believe that all of this was planned well in advance, including: certain anarchist groups planning violent interactions with police; those same groups having complex networks of ‘bicycle scouts’; several caches of flammable materials seemingly ‘pre-positioned’ for violence; as well as massive piles of bricks and rocks being put into place ahead of time for rioters to use.

As Steve Quayle had mentioned in an SQnote while linking to this story over at Sara Carter’s blog which reported upon all of the fires and looting and destruction across New York, “God is spurned, our cities are burned, politicians are liars as they condone the fires, lawlessness reigns supreme and rebellion rules the cities”. 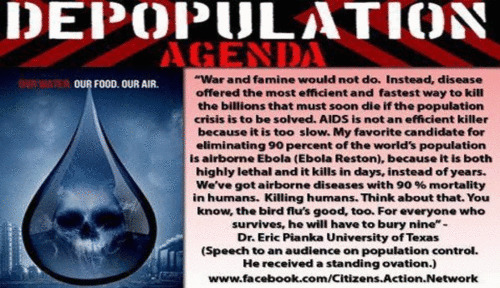 With one ‘Democrat plantation’ after another burning to the ground, as Michael Snyder also warned in another new story republished over at Zero Hedge, “the horrifying civil unrest we have been warning you about is here, and America is literally falling apart at the seams”.

For a very long time, many of us have been loudly warning the American people that this was coming. The mainstream media and many of our national leaders have been fanning the flames of hatred, anger, frustration and division on a daily basis for many years, and it was just a matter of time before we witnessed an eruption of violence of this magnitude.

Over the last week, we have seen protests in at least 145 different U.S. cities, and reports of rioting, looting and violence are coming in so fast that it is literally impossible to keep up with them all. So far, at least 40 U.S. cities have imposed curfews, the National Guard has been activated in at least 15 states, and at least 4,100 people have been arrested. On Sunday night, the violence in Washington D.C. became so alarming that President Trump was actually rushed to a secret bunker under the White House…

No, our country is not being “restructured”. What is actually happening is that our country is literally coming apart at the seams, and a lot of us have been warning that this would happen for many, many years.

Of course these riots come at a time when our nation is already dealing with a huge global pandemic and a historic economic collapse. The following comes from the Seattle Times…

America experienced a wave of burning cities in the aftermath of a racial killing in 1968. America was hit by a pandemic in 1918 that killed even more people than the 102,000 who have died of the coronavirus. America was battered by a Great Depression in the 1930s and laid low by a Great Recession just a decade ago. America has never experienced all of this kind of tumult in the same moment. It is more than the system can bear, and people grieve for the country.

As I have warned my readers more times than I could possibly count, we have entered the time of “the perfect storm” and global events are going to continue to accelerate.

Just when you think that one crisis has passed, something else is going to happen. We are going to witness one major event after another, and everything that can be shaken will be shaken.

Anyone that has been surprised by these riots hasn’t been paying attention. We have been warned over and over again that these things were coming, but most of the country did not want to listen.

Now that the economy has collapsed, a deadly pandemic is sweeping the land and riots are breaking out in most of our major cities, hopefully more people will start to listen.

Because the truth is that time is running out for America, and there is no future for our once great nation if we stay on our present course.

So while we’ll continue to work to try to change that ‘present course’ that Snyder warns of, as Mike Adams of Natural News warns in this new story as we also hear in the 2nd video below, these ‘engineered RIOTS’ are ‘TOTAL WAR against the United States’ with Adams also warning: “Make no mistake: These “riots” are actually an attempted communist revolution that intends to attack the White House and murder the President.”

With even the US military on near wartime alert in the Washington DC area as Mac Slavo reports in this new story over at SHTFPlan as this latest ‘attempted coup’ by the democrat/deep state/globalist apparatus plays out on the big stage and before our eyes, we’ll agree with Snyder, Slavo and videographer Stefan Verstappen who in the 1st video below gives us his own ‘martial law/riots/covid 19’ survival advice with the ‘S’ now ‘hitting the fan’ in America.

And in the final video below, also from Mike Adams, he warns us why everything happening now with the pandemic and the riots are leading to the globalists ‘real goal’ being accomplished, depopulation: “They are at war with humanity, and extermination is their goal.”

PLEASE DONATE TO ANP: With non-stop censorship and ‘big tech’ attacks upon independent media, donations from readers are absolutely critical in keeping All News Pipeline online. So if you like stories like this, please consider donating to ANP.