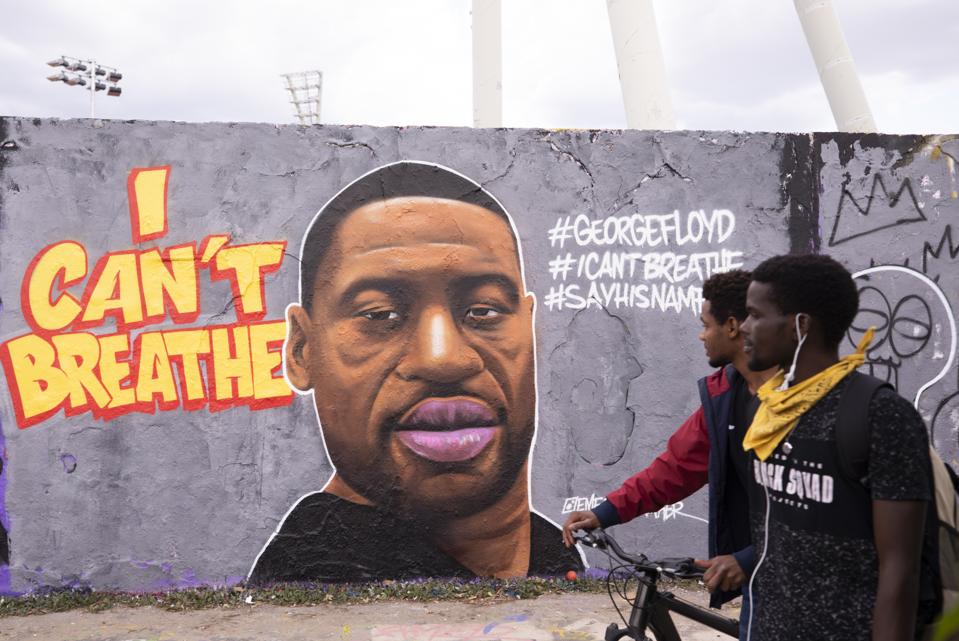 by Rohan Smith
The Chronicle

It takes a special kind of person to speak ill of the dead, especially when that person died in the way George Floyd died.

But conservative commentator Candace Owens took that stance in a viral Facebook live video recorded earlier today titled “Confession: I DO NOT support George Floyd and I refuse to see him as a martyr”.

Floyd, a 46-year-old black man from Minneapolis, died last week after he was handcuffed and held down by three white police officers.

One of the officers, Derek Chauvin, has been charged with murder and manslaughter after being filmed pressing his knee into Floyd’s neck for almost nine minutes.

Floyd’s arrest came after staff at a convenience store called police alleging he had purchased cigarettes with a counterfeit $20 note. His death has sparked protests around the world.

But in her video, Owens describes why she is anti-George Floyd.

Confession: #GeorgeFloyd is neither a martyr or a hero. But I hope his family gets justice. https://www.pscp.tv/w/caav-zFsWkVwZ2xwWnZvam58MU1ZR05rbFlhWVpKd1OVIr4Z-IP8Bs_04qmV058zu4J822Lhg7wEL1culmvk …

Confession: #GeorgeFloyd is neither a martyr or a hero. But I hope his family gets justice.

44.2K people are talking about this

“It has been weighing very heavily on my heart and on my mind,” she begins.

“There was so much pressure for me to go with the popular opinion about who George Floyd was.

“So, I want to come out and say that I do not support George Floyd and the media’s depiction of him as a martyr for black America.”

The Trump supporter and vocal critic of the Black Lives Matter movement said she arrived at her stance after “an idea was planted in my head” by American conservative author Shelby Steele.

“Shelby Steele said that the black community is unique … our culture is unique from other communities because we are the only community that caters to the bottom denominator of our society.

“You would be hard pressed to find a Jewish person who has spend five stints in prison, who commits a crime and dies while committing a crime and that the Jewish people demand justice for.

“You would be hard pressed to find this in white America … even in Latino America.

“What I am saying is not any defence for Derek Chauvin. The family of George Floyd deserves justice for the way that he died but I also am not going to accept the narrative that this is the best the black community has to offer.

“For whatever reason it has become fashionable over the last five or six years for us to turn criminals into heroes overnight. It is something I find despicable.

The head of the Minneapolis police union says George Floyd’s “violent criminal history” needs to be remembered and that the protests over his death are the work of a “terrorist movement.”

“What is not being told is the violent criminal history of George Floyd. The media will not air this,” police union president Bob Kroll told his members in a letter posted Monday on Twitter.

Floyd had landed five years behind bars in 2009 for an assault and robbery two years earlier, and before that, had been convicted of charges ranging from theft with a firearm to drugs, the Daily Mail reported

She went on to say that Floyd was high at the time of his death and to detail his criminal history.

“Everyone is pretending that this man lived a heroic lifestyle,” she said. “We are embarrassing in that regard. Nobody wants to tell the truth in black America. Our biggest problem is us.”

She ended the video by declaring: “I have no apologies to make. George Floyd is not my martyr. He can be yours.”

The video received more than 20,000 comments, many of which were supportive. But there were plenty of Americans who took offence at her position.

“George Floyd never asked to be the martyr either, but that’s her words,” one viewer said.

Another said: “No one says he lived a heroic lifestyle, she did. So easy for her to talk trash about him when he can’t stand there and speak up for himself. Shameful!”

Others commented that Owens was “on the side of what history will bring” and took exception at the idea that Floyd’s history has anything to do with protests about his death.

“I wouldn’t care if he was caught committing 5 crimes he didn’t deserve to die like an animal in the street. He may not been amazing, however he was a human being,” one viewer wrote.

“No one is protesting because George Floyd was a ‘Great Person’ Candace. No one needs to die just because he was a bad guy. Due process for all Americans,” another wrote.

But her supporters called her “brave” and commended her for speaking up.

More than a week after Floyd was killed, protests are continuing in cities across America and around the world.

Protests will take place in Australian capital cities this weekend.

All four officers involved in his arrest have been charged. Chauvin faces a murder charge and the other three officers face charges of aiding and abetting second-degree murder.