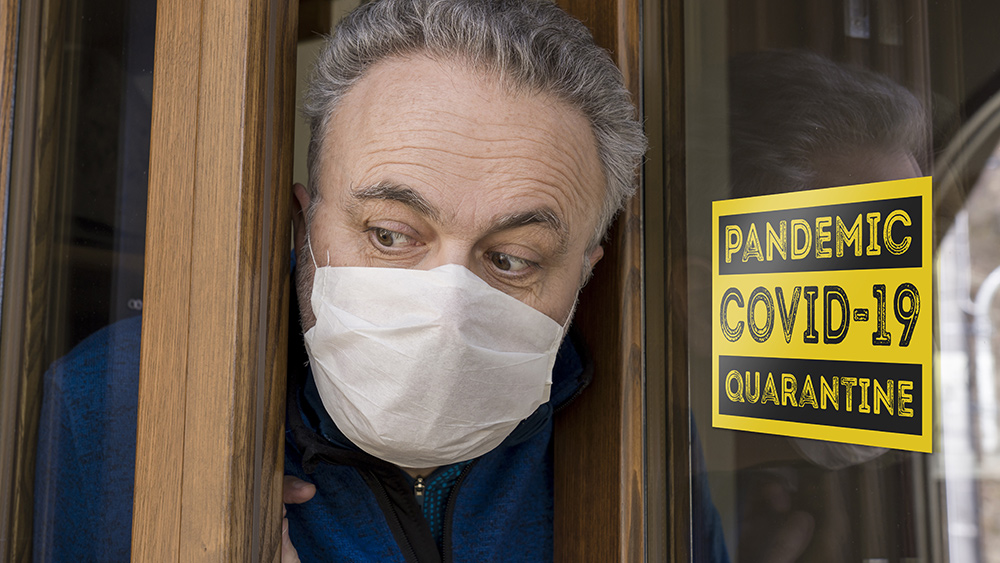 (Natural News) In the latest escalation of state-sponsored covid-19 terrorism against innocent citizens, Los Angeles Mayor Garcetti is now threatening to shut off the water and electricity to private homes and businesses that don’t comply with his increasingly draconian lockdown rules.

This threat is, of course, a form of state-sponsored terrorism against citizens. Cutting off electricity from a private home in the middle of a Southern California heat wave is the equivalent of condemning the targeted family to death via heat exhaustion. Cutting off electricity also causes refrigerators and freezers to fail, destroying the home food supply of that same family. Lack of air conditioning also results in the near-instant growth of black mold, an indoor chemical contaminant that leads to severe fatigue and even death. This destroys the value of the home and makes it nearly impossible to sell.

With this threat to shut off electricity and water, the City of Los Angeles is essentially engaged in acts of war against its own citizens over covid-19 lockdown rules. Those who refuse to comply with the draconian demands of an obviously insane mayor will be placed on an “enemies” list and have city services shut off.

“Beginning Friday night, if Los Angeles Police Department officers respond to and verify that a large party is occurring at a property, and there’s evidence that the venue has repeatedly engaged in such behavior, the department will request that the city shut off water and power services within 48 hours,” reports the LA Times.

No due process, no rule of law, no recourse, no appeal… just full-blown government tyranny

The problem with this aggressive action is that it is being conducted outside any due process. No court hearing, no right to any defense, no right to appeal. It’s simply the government acting like tyrannical militants who are declaring war on the private homes and businesses they don’t like.

Yet how many times have LA police conducted no-knock raids on the wrong homes?

Bureaucrats are stupid and corrupt. They get home addresses wrong all the time. What happens when they cut off the water and power to the wrong private home or business? Because this is taking place completely outside the rule of law, there’s no recourse for those who are innocently harmed.

And who decides what constitutes a “large gathering” in the first place? In the minds of twisted, irrational Leftists, a 3-person gang shooting is counted as a “mass shooting.” Does that mean a gathering of just 3 people will be condemned as a “large party?” It’s quite clear that the LA mayor is simply going to make this up as he goes along, which means private homes owned by Republicans or Trump supporters might be magically condemned as hosting “large gatherings” even when they aren’t. Just as the First Amendment is has now been stripped away from conservatives, in Los Angeles, the right to have access to electricity and water may soon be limited only to those who support Democrats.

We are watching this nation plunge into medical fascism and even state-sponsored terrorism, mostly at the hands of Democrat mayors and governors who seem to be relishing their newfound powers to punish all those who don’t comply with each day’s new covid insanity.

What’s next? Forced demolition of private homes that don’t comply?

Before long, Los Angeles will probably start ordering the demolition of private homes and businesses that refuse to comply.

Oh wait, that’s already the case in the UK, where local councils have just been granted the power to seize and demolish private buildings that are deemed to be “contaminated.”

…The Department of Health and Social Care’s “COVID-19 Contain Framework” laid out a series of laws, including the Coronavirus Act 2020… “to impose restrictions or requirements to close contaminated premises; close public spaces in the area of the local authority; detain a conveyance or movable structure; disinfect or decontaminate premises; or order that a building, conveyance or structure be destroyed.”

So now governments can cut off your electricity, shut off your water and even demolish your private home if you don’t comply.

And the lockdowns are only getting more insane by the day, too, completely without any real effort to solve the pandemic by recommending nutrition and hydroxychloroquine as preventive measures.

We have now arrived at the point where the left-wing government is your true enemy, and they will kidnap you under “quarantine” laws, forcibly vaccinate you with an untested, experimental vaccine or even demolish your private home without warning… all because you refused to “comply” with their totalitarian power grabs that only seek to destroy human civilization and kill as many people as possible.

We are now truly ruled by insane, demented, criminal tyrants. They must be stopped. It’s time to #CancelDemocrats – but why stop there? Frankly, it’s time to end big government and reclaim our right to self-rule. If we don’t, government tyranny will kill far more people than covid-19, and we will end up living as homeless, destitute street rats in the post-apocalyptic world of a global economic collapse.

This is what they are deliberately working to achieve. If they succeed, we will be ruled by morons while we suffer and die.

Download my Global Reset Survival Guide nine-hour audio book for free, and learn how to survive the engineered collapse

Get the downloads now at GlobalReset.news

NOTE: The “subscribe now” download form on that page is getting heavy traffic so it takes up to 20 seconds to submit… be patient with it.

This critical guide reveals everything you need to know for:

– Financial survival and asset protection during the collapse
– Self-defense survival against the violent mobs
– How to survive the engineered mass famine / food supply collapse
– How to get out of the cities and suburbs and relocate to an area that’s survivable
– How to hide your valuable supplies from tyrannical government “authorities” who confiscate everything
– Specific, detailed recommendations of gear, including radio communications, night vision, chest rigs, red dot sights, firearms, perimeter defense items and much more

Get this extraordinary download right now, for FREE, at GlobalReset.news

Now you know that Democrat-run government is truly your enemy, and if you don’t prepare to defend yourself, the government will kill you, destroy your property, confiscate your assets and probably lock you away in a FEMA death camp.